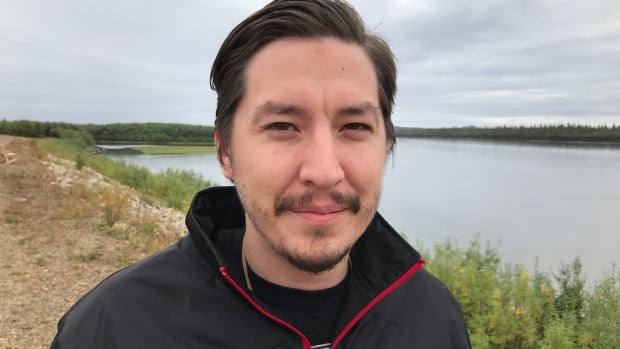 “We’re trying to take that next step in promoting all of the safety that we can,” said Chief Dana-Tizya-Tramm.

“It just takes one active case in the community and that person not to be taking the safe measures for this to threaten the entire community.”

The First Nation, based in Yukon’s northernmost community of Old Crow, recently confirmed its first local cases of COVID-19. The three cases are part of a recent wave of infections that has hit Yukon, and affected almost every community in the territory.

The Vuntut Gwitchin Government had long dreaded the arrival of COVID-19 in Old Crow, fearing for the vulnerability of local elders, and knowing that the fly-in community is far from many health services.

“These three active cases that we know of can become nine, and can continue from there — and that’s just something that we cannot we cannot allow to happen,” said Tizya-Tramm.

A public notice posted on Friday by the Vuntut Gwitchin Government advised that people could be fined for not following local public safety measures, such as restrictions on gathering.

“Honarariums are being offered to anyone who submits information on a breach of protocol that leads to enforcement under the Community Emergency Act,” the notice reads.

Tizya-Tramm said the First Nation is able to offer cash “for participation in government activities,” such as tipping them off to health violations. He says the amount will vary, but $150 is a typical half-day honorarium.

Informers are also being encouraged to collect evidence — specifically, pictures.

“That’s one thing I’ve been promoting because your pictures can have timestamps on them so we can see if there are infractions, you know, people not within their bubbles,” Tizya-Tramm said.

He says the goal is not to catch people and issue fines — it’s about “education,” and allowing residents to help keep their community safe.

Tizya-Tramm says the First Nation has been working to hire a community safety officer, who would be in charge of monitoring and enforcing local restrictions. They haven’t found anybody yet who wants the job, so Tizya-Tramm said the idea is to spread that responsibility through the community for now.

“We are doing this in an effort for people to be able to put forward key information that allows them anonymity and allows us to approach individuals as well,” he said.

“This is simply an ability for us to communicate that we are watching.”

He says the cash rewards will likely be offered until a community safety officer is hired, or until there are no more active cases of COVID-19 in Old Crow.