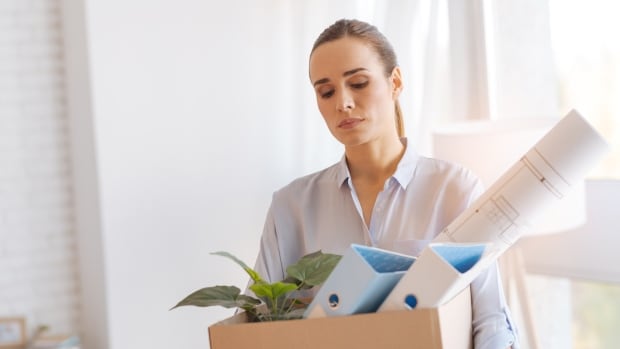 You’ve heard of quiet quitting. Here’s how to tell if you’re being quietly fired

Cost of Living4:44Forget quiet quitting. How do I know if I’m being quietly fired?

Looking back, says MaryAnn Kerr, it was a work call at home on a day off that heralded the beginning of the end of a job.

About five years ago, Kerr, a veteran executive in the non-profit sector, landed a sweet gig as vice-president of a charity she loved. Roughly three or four months into it, her boss was calling her at home, angry about something seemingly innocuous Kerr had said during an earlier phone meeting.

“It was over something that made no sense at all…. They thought I was overstepping, that this was not appropriate for me to say.”

That began what she describes as “a campaign to undermine” her by a CEO who seemed to believe Kerr was after their job.

Much attention has been paid recently to the idea of “quiet quitting,” when employees remain in their jobs but stick to the bare requirements of the role in order to avoid burnout.

A phenomenon called “quiet firing” can have the opposite effect — when employers subtly compel staff members to leave their jobs to avoid the messy business of firing them.

“I have heard the term quiet firing used in different countries or in different contexts, where … the employers make the workplace such a difficult environment that the employee feels that they have no choice but to leave,” said Nita Chhinzer, associate professor of human resources at the University of Guelph’s Gordon S. Lang School of Business and Economics.

“So the employee may be overlooked for promotion, or their hours may be reduced, or they may suddenly no longer be scheduled.”

‘A combination of being isolated and mobbed’

“And [the team] literally ignored my emails. They would not meet with me. So it’s a combination of being isolated and mobbed, to a certain extent.”

Other times, the CEO would be combative with her in front of others at meetings, said Kerr, “almost like a fighting match to kind of poke at me.”

“I even had an episode at a public event where they shoved me out of the way to get to a photo opportunity.”

Kerr’s experience tracks with other cases like it, said Cchinzer. It’s fairly common in cases like this for the boss to make the employee in question an “outgroup member.”

Workers can be even more vulnerable to quiet firing outside of office jobs.

“In some of the high-turnover industries, like restaurants, grocery stores and retail, there’s a very high likelihood that people just simply get scheduled out or they have their hours reduced,” said Chhinzer.

When workers don’t have guaranteed hours, it makes them much more vulnerable to quiet firing, she said.

“Without a guaranteed number of hours, these people are often just put on minimal shifts, so they’re forced to find a secondary form of employment in order to actually sustain themselves.”

These kinds of cases can fall under what’s known under Canadian employment law as constructive dismissal — giving workers grounds to seek financial compensation for being pushed out of their jobs. But people who work in grocery stores, for example, are not likely to have the financial resources to take legal action against their employer, said Chhinzer.

Determining whether your case of quiet firing would be considered constructive dismissal under the law comes down to a couple of key distinctions, said employment lawyer Hermie Abraham, who runs a Toronto firm called Advocation Employment Law.

“Quiet firing can kind of fall into two buckets. There could be the quiet firing where the employer is just disengaged with an employee,” said Abraham, who became a lawyer after an earlier career in human resources.

This type of quiet firing may not be legally actionable as a dismissal, she said, “but the employee is sort of being put out to pasture. [The employer is] not investing in them.”

The other type is when employers purposely do things to push somebody out — such as changing compensation or demoting them from manager to individual contributor. “In law, that’s considered constructive dismissal, and there are remedies for the employee,” Abraham said.

Take the example of somebody who is working in a restaurant.

“Let’s say somebody was working a shift that was a really good shift, and they’re getting lots of tips,” said Abraham. “All of a sudden, now they’re being moved to a time where maybe they’re getting the same hours, but they’re not getting the same tips — that could [fall into the] category of constructive dismissal, because of the fact that there’s a fundamental change to a key part of their employment, which is their remuneration.”

MaryAnn Kerr was eventually let go, and can’t discuss the terms of her departure. But she has advice for those who find themselves in a similar situation.

“I think it’s important to talk to HR, because that’s about protecting yourself,” she said. Same with keeping notes — Kerr said detailed journals proved useful in her case.

“And then it’s important to talk to a trusted adviser outside of the organization. Tell them what’s happening and ask them what they think.”

If workers think they have a legal case, Abraham says they should seek the advice of an employment lawyer. If a case is the more subtle kind, where they’re being overlooked for opportunity, she suggests writing to the boss.

An employee can outline the factors that have been getting in the way of their success at work, and suggest some solutions, says Abraham.

“Just sort of languishing and being miserable at work, it’s not a thing to do,” she said. “Life is way too short to do that.”

WATCH | Why hustle culture is losing its lustre:

Quiet quitting explained: why the opposite of hustle culture is taking off

As many continue to grapple with burnout, the ‘quiet quitting’ trend is gaining momentum. While it may evoke images of slackers, some say employees are just setting boundaries and that employers are in trouble if they don’t adapt.