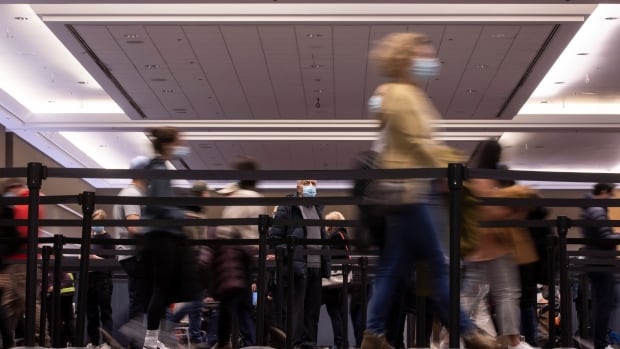 You’re boosted and have recently recovered from Omicron. What’s your risk of re-infection?


Over the past month, thousands of Canadians have caught and recovered from the Omicron variant of COVID-19, with Canada’s chief public health officer saying cases have likely peaked nationwide.

People who have received two doses of the vaccine, a third dose or booster shot and a previous COVID-19 infection have more protection against the virus than ever before. But does the antibody cocktail of three doses and infection-based immunity make you bulletproof against another infection?

While data on re-infections of the Omicron variant is limited, experts say most people will have a grace period during which they are unlikely to become sick with the same variant again.

But they caution that immunity wanes with time, and the potential for more variants to emerge means the population-level immunity earned during the Omicron wave won’t remain stable.

“If you’ve had Omicron, you’re probably good for a minimum of three months before you’d really have to worry about catching it again, unless the next variant is super, super different than something we’ve seen before,” said Bruce Mazer, professor of pediatrics at McGill University and associate scientific director of the COVID Immunity Task Force.

“It really depends on how the virus mutates. If the virus stays the same as the ones that we’ve been vaccinated against, or Omicron, then you’ve got good protection for a while. Unfortunately if it mutates again then we don’t know.”

Samir Sinha, director of geriatrics at Sinai Health System and the University Health Network, said the strength of immune response will depend on a person’s age and overall health. The very old, very young, and immunocompromised will have weakened responses, and the degree to which a person became ill may also come into play.

“Sometimes depending on the severity of your infection, it might also translate into the immune response that you might create. If someone had a severe infection that might have been prolonged as well, they might have a much more robust immune response and potentially a higher level of immunity,” said Sinha.

“But you can’t just tell by that — there are so many different factors to determine what your level of immunity is and how long that immunity will last.”

For that reason, it’s crucial to get your booster or third dose of vaccine even if you already have some degree of infection-based immunity from a previous infection. A third dose is a supplementary dose administered to people with conditions that make them more vulnerable to the coronavirus, whereas a booster is given to the general population as a form of re-vaccination some time after their initial doses.

“Getting vaccinated is more likely to ensure you a more consistent and stronger immune response or level of immune protection against potentially getting infected in the future,” he said, adding the timing of future waves will also depend on how much of the population experiences waning immunity from their most recent vaccines.

“We started to see in the fall an uptick in the number of cases in part because that was also the time that we were starting to see that second dose immunity starting to wane.”

How protected am I against other variants?

No one knows with certainty which COVID-19 variant they are infected with, but if you got sick in the past month, there’s a high probability it was with the highly transmissible Omicron variant.

Mazer said both the vaccines and previous variants look very different from Omicron, which has at least 36 changes in its spike protein — the part of the protein people are vaccinated against. He said these features are what allowed Omicron to infect people previously vaccinated, but that Omicron also has features similar enough to previous variants to afford some immune protection.

“You should have a boost of your immunity against all the current types that we’ve seen,” Mazer said.

Still, Mazer and Sinha warn, with so many people getting sick, and much of the world still unvaccinated, the risk of new variants that could overcome current levels of immunity remains.

Already, the rise of Omicron subvariant BA.2, is raising questions about the possibility of re-infection after an Omicron case, though it is not currently considered a variant of concern.

“We’re hoping that our natural and vaccine level immunity that we have achieved with Omicron will support us with whatever thing comes next,” said Sinha.

“There’s a whole lot of variables here that wouldn’t allow people to rest on their laurels and say, ‘I’m done with COVID.’ A lot more can happen until we get the whole world vaccinated.”

Toronto-based general practitioner Peter Lin said while some people may feel “superhuman” after three doses of vaccine and a previous infection, he warns against throwing caution to the wind, especially with the risk of long COVID and the possibility of passing it on to someone more vulnerable.

“If you were infected with Delta or Omicron or the original virus, assume you can still get infected with junior,” he said, referring to the Omicron subvariant BA.2.

“You have some defences, so you’re not going to get very sick, but you could pick up junior and grow it in your nose and pass it on to someone unvaccinated, like kids.”

Lin said the more people test positive for COVID-19, the likelier it is that new variants able to evade infection-based and vaccine-derived immunity will arise and spread.

“Not getting infected is how we get out of this pandemic. The way out is not to let everyone get infected.”