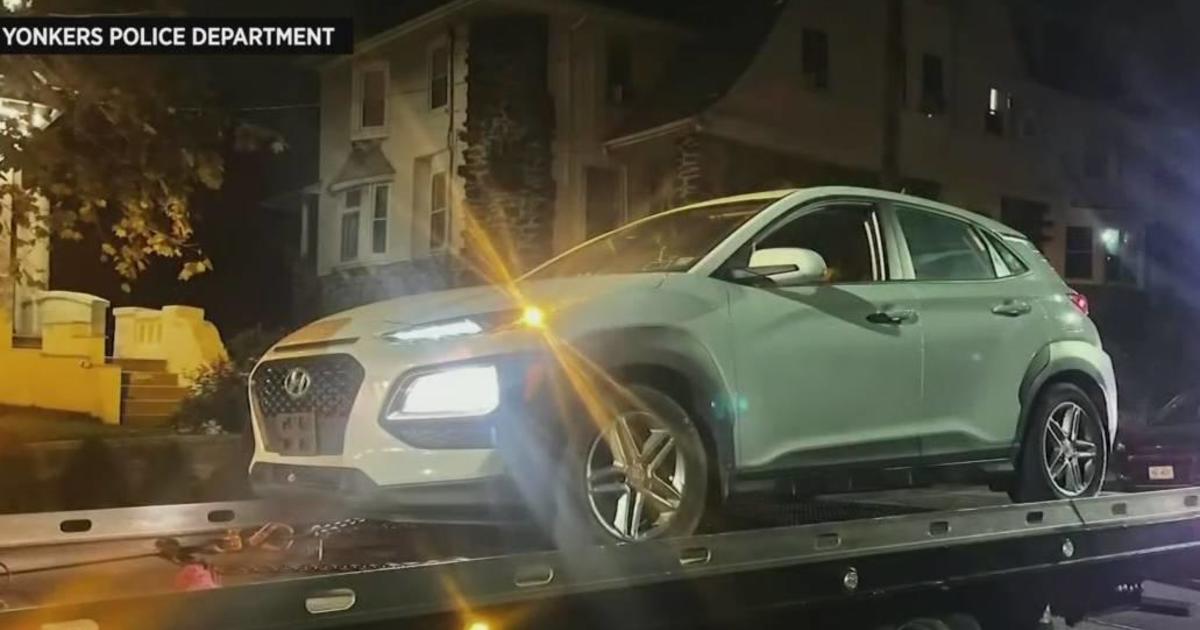 
YONKERS, N.Y. — Police in Yonkers are cracking down on so-called “ghost” or “phantom” cars, which they say are menaces on the road. Dozens are now off the streets after a weekend sweep, CBS2’s Tony Aiello reported Monday.

From expensive luxury cars to beat-up work vans, 42 vehicles with fake or expired temporary plates – or no plates at all – are off the streets of Yonkers.

Politiopoulos said it was easy pickings over the weekend as a special enforcement team towed vehicle after vehicle for ignoring state registration rules and regulations. The violators often had fake temporary plates, purchased online or even printed at home, displayed.

“This is a photocopy of a license plate. They printed their own expiration date and Scotch-taped it to the bottom,” said Politiopoulos.

Mayor Mike Spano, concerned about the use of unregistered vehicles in crime, joined the cops in the field during the weekend sweep.

“Very often those who want to commit crimes drive these vehicles with these paper plates on them because they’re very, very hard to trace back,” said Spano.

As CBS2 recently reported, cars with paper tags being used in shootings and robberies are a huge issue in New York City.

To be sure, most of the confiscated vehicles aren’t used in crimes. The owners are skirting the rules and putting other drivers at risk by skipping registration and insurance.

“I mean, I think people will do whatever they can get away with,” said George Burns, of Riverdale.

“If someone’s at fault and the other party doesn’t have insurance to go after, it’s going to be you and your company footing the bill,” said Politiopoulos.

Cops said the crackdown will continue. The tow trucks are ready to roll again.

Yonkers Police said drivers can get their vehicles back after submitting proof of proper registration, inspection and insurance.

Tony Aiello serves as a CBS2 general assignment reporter with a focus on covering news and breaking stories in the Northern Suburbs.

Mouth taping during sleep can be dangerous, experts say

Exoplanets: The search for habitable planets may have just narrowed