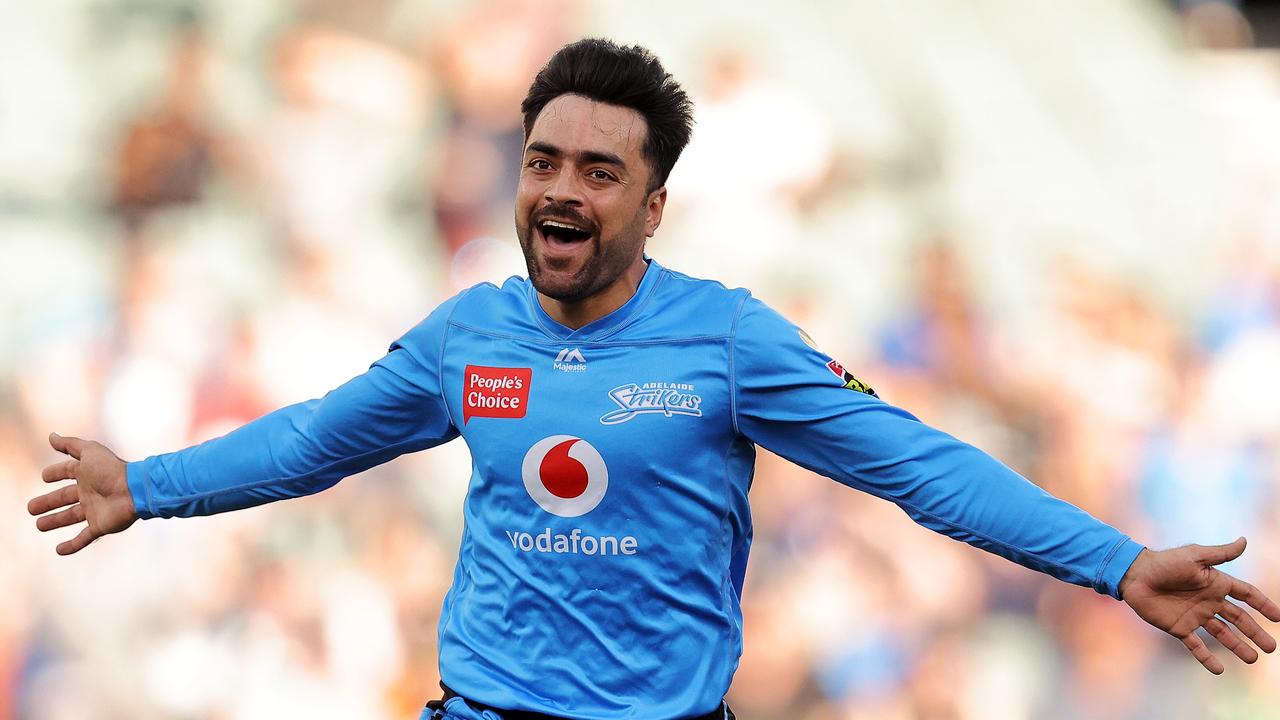 Afghanistan is preparing to play at the T20 World Cup, but after a ban on women playing cricket from the Taliban, boycott talk continues to bubble.

Australia would only meet Afghanistan in a final at the T20 World Cup and boycotting any match against them would be a matter for the International Cricket Council according to captain Aaron Finch.

The prospect of teams boycotting games against Afghanistan at the tournament was raised after the Taliban assumed control of the country and promptly banned women’s sport, including cricket.

To be a full ICC member, countries have to have an active men’s and women’s cricket program.

Cricket Australia cancelled a one-off Test against Afghanistan, scheduled for Hobart in November, in response to the ban on women playing. But the ICC has tabled the matter of Afghanistan’s playing status to be discussed at a board meeting before the World Cup begins in late October.

The Afghanistan team, including superstar Rashid Khan, who was named the ICC T20 player of the decade last year, is preparing for the tournament amid full expectation they will take part.

Finch said he and his team were “fully supportive” of CA’s stance in abandoning the Test. But he said any decision on boycotting a game against Afghanistan at the World Cup wasn’t one he would have to make.

“That’s an ICC decision, and like I said, we‘re fully supportive of the decision that Cricket Australia made,” Finch said on Wednesday.

“We’re hopeful that things can resolve itself and Afghanistan can play a huge part in international cricket. We’ve seen how important they are, the development of the game in Afghanistan is huge.”

Finch said he had spoken to Afghanistan veteran Mohammad Nabi, a teammate at the Melbourne Renegades in the Big Bash, but not about the political situation surrounding the team.

“I haven’t spoken to them about the situation, exactly. I’ve spoken to Mohammad Nabi just about how he’s going and his family,” he said.

Supporters of Afghanistan cricket, including those involved in the women’s program, have urged countries not to boycott matches.

Tuba Sangar, who worked as women‘s development manager at the Afghanistan Cricket Board, was evacuated to Canada with family members as the Taliban took over her homeland.

But she told the BBC any boycotts would only harm cricket in Afghanistan.

“If the ICC (International Cricket Council) or other countries boycott Afghanistan cricket, it won’t help women to play cricket,” she said.

“The Afghanistan men‘s team have done a lot for Afghanistan. Because of them, we know cricket. Because of our men’s team, I know that women should play as well.

“A woman in Afghanistan knows about cricket because of the men’s team. When Afghanistan men win a match, girls are thinking, ‘One day I should play for Afghanistan too’.

“If other countries, other worlds, take this from Afghanistan, I don’t think it will help. It will destroy the hope of the Afghanistan people.”