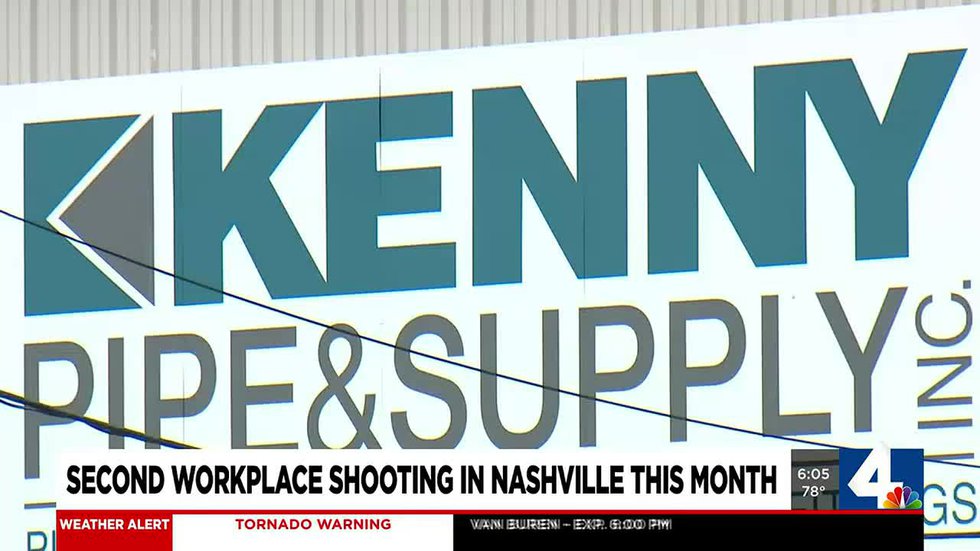 Walker was shot and killed by a coworker at Kenny Pipe & Supply on Wednesday afternoon. It is the second workplace shooting in Nashville this month.

Metro Police said the shooting was a months-long feud over a motorcycle. Walker asked 53-year-old Ivan Maurice Coffman to fix his bike. Police said they disagreed on how long it was taking and how much it cost. Police said they argued inside the store Wednesday and Coffman shot and killed Walker.

Gonzalez is a professor at Lipscomb University’s Psychology and Counseling Department. He said he has noticed people seeming angrier lately and it’s taking less to make them snap.

“We are in a politically, and in a lot of other ways, polarized nation,” Gonzalez said. “There is a low-grade headache of anger amongst a lot of people post-pandemic with civil unrest.”

Just last week there was another deadly workplace shooting at Jack in the Box involving two employees who got in the middle of a fight between their girlfriends. Gonzalez said he encourages people to stop and think before acting out of fear or anger.

“How much power do you want to give this moment,” Gonzalez said.

Walker’s friends said he was a caring man and leaves behind a wife and at least one child.

Kenny Pipe & Supply said they are shocked and saddened and grieving Walker’s loss.

Coffman will appear in court on Friday morning.