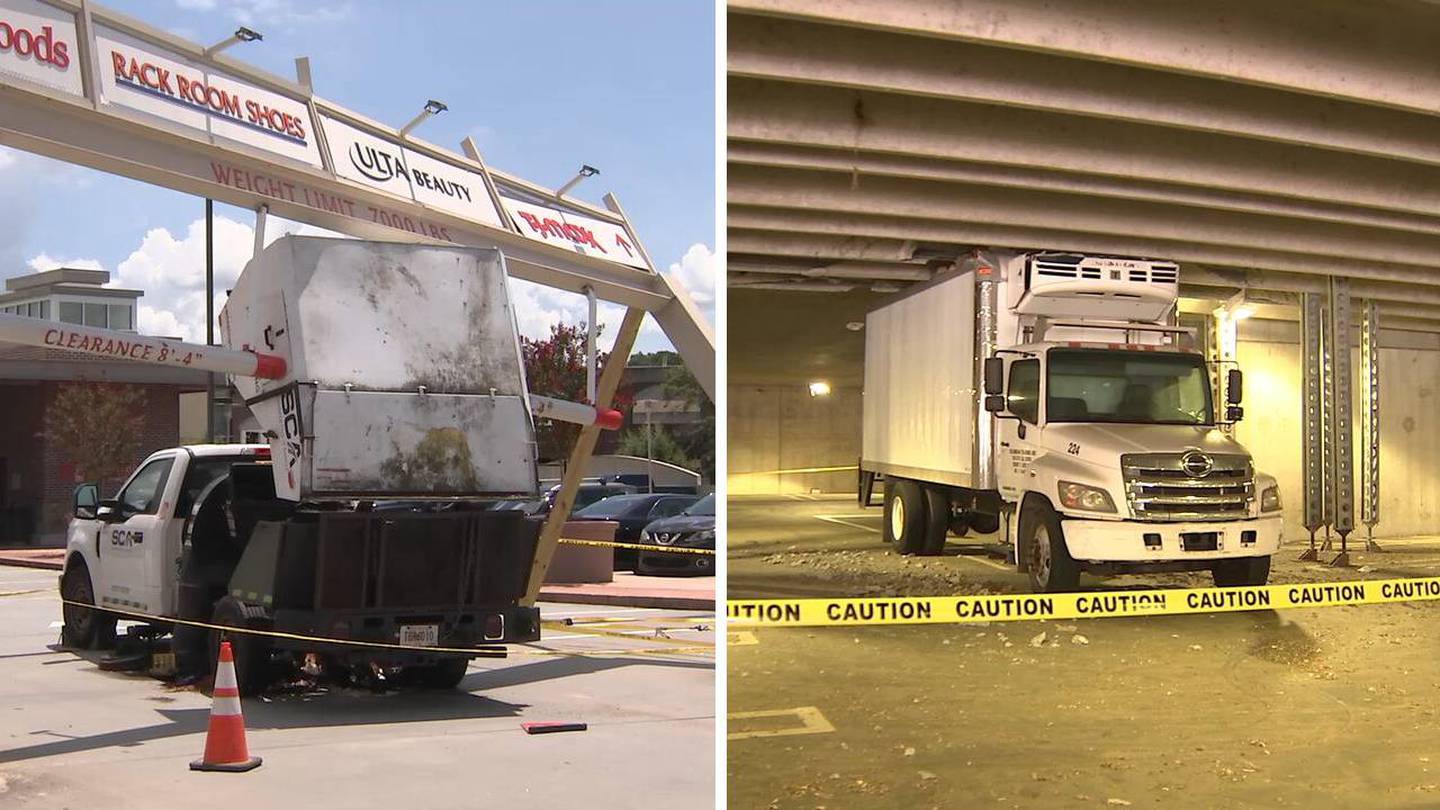 ATLANTA — Questions are being raised about the safety and overall integrity of a commercial and residential parking deck in Northwest Atlanta.

This comes after two trucks remain stuck in the deck that’s located off of Howell Mill Road.

According to witnesses, the most recent truck got stuck a few weeks ago.

“It’s been here for like three weeks,” said Taylor Jones, who works at one of the stores in the complex.

A Walmart delivery truck has been stuck in the parking deck for nearly four months.

Atlanta fire investigators told Rawlins they were not aware the scene still looks like it did when they first responded to the parking deck in March.

They also said they had no idea it was currently operating around not one but two trucks that are stuck in a potentially compromised structure.

“We could all fall and then that’s going to come down with it,” Jones said.

“It looks like something that should have been taken care of a while ago,” Dominick said.

Rawlins said she is waiting to hear back from Atlanta fire regarding her questions about safety concerns at the parking deck.