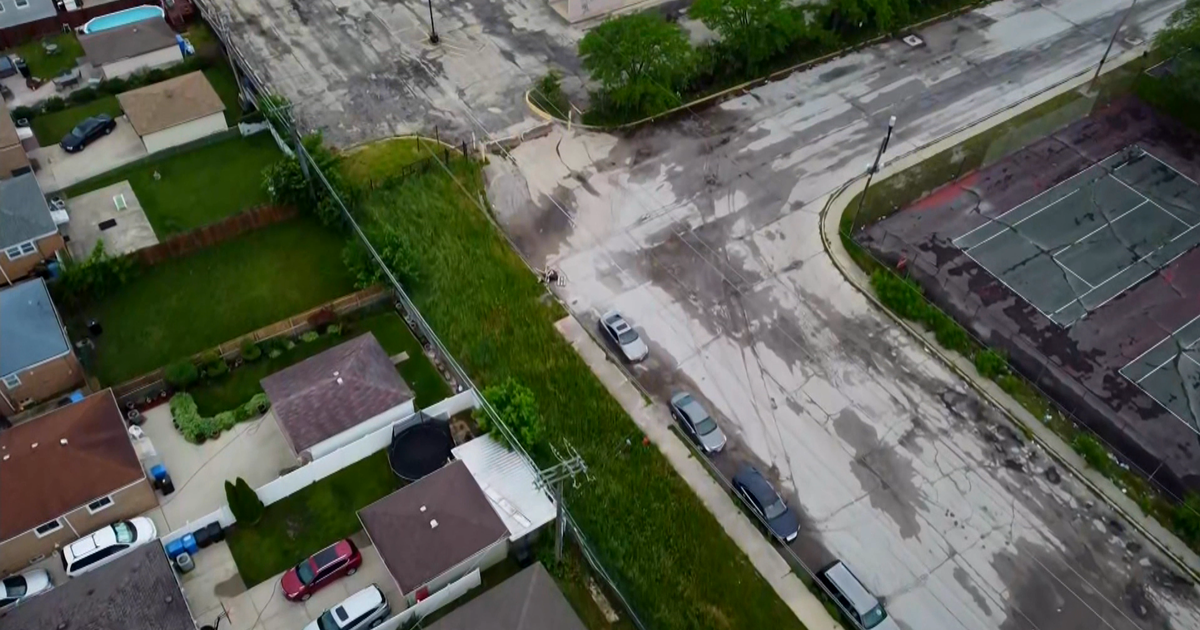 
CHICAGO (CBS) – A Chicago woman was simply heading to work early Wednesday when she made a gruesome discovery near Ford City Mall.

A man was dead in a parking lot behind the AMC Ford City 14 movie theater, with an extension cord wrapped around his neck.

It was a shocking sight for Deloris Ross when she found the body dumped along a fence in the 4300 block of West Ford City drive – behind the movie theater, but bordering a residential area.

It was an unexpected and terrifying discovery for Ross, who was on her way to work at the time around 5:40 a.m.

“At first, I thought it was a dog – and then I looked closer, and it was a body,” Ross said.

She had cut through a path from her house, only to find a man unconscious with an extension cord around his neck. He was in his underwear and socks.

“At first, I thought the whole body was tied up. I saw the cord,” Ross said. “But I didn’t know what it was until police told me what it was.”

“I think they threw his body out – the way it was rolled over,” she said. “I think so.”

Who “they” are in this case is still unknown. But detectives say they are conducting a homicide investigation.

“It appeared to be a very gruesome attack on the individual,” said Chicago Police Chief of Detectives Brendan Deenihan.

Police believe the man is between 40 and 50 years old, but detectives have not been able to identify him.

Ross was still shaken – left wondering who the man was and why his life ended in such a fashion.

“I don’t know who the man is, but I feel for him,” Ross said. “Nothing should happen to nobody like that at all.”

No arrests had been made in his death as of Wednesday night.

No next of kin was found for the man, and no missing persons report matched his description.