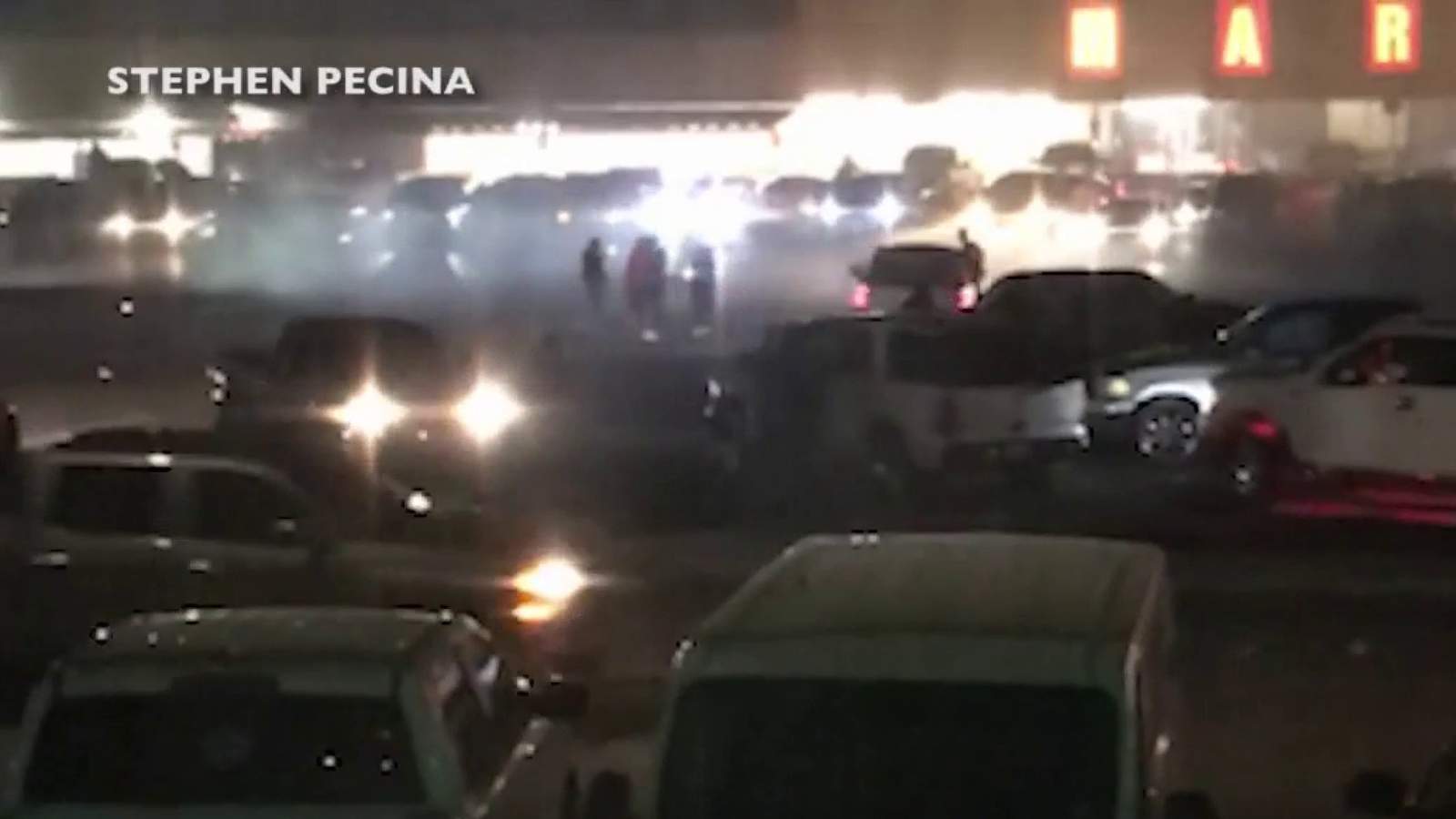 
SAN ANTONIO – A witness captured the moments of a street racing meetup on Sunday night in the Eisenhauer Market parking lot that turned into a chaotic scene after a fireworks disaster.

“I was looking out the window, and then I just see all the cars just start lining up, and then it just got crazy,” said Stephen Pecina, a Northeast Side resident.

Pecina was watching the chaos unfold at the parking lot.

San Antonio police arrived at the scene just before 11 p.m. to find about 200 racers in the parking lot.

Police said two men who were setting off fireworks were severely injured. One man had his hands blown off, and the other blew off some fingers and may have lost his eyesight, officials say.

Pecina said he’d seen other suspicious things in the past.

Police said some cars left and set up to race at Perrin Beitel and Centergate, where officers arrested two people.

Perry hopes to get more patrols out in the area.

“I’m certainly going to talk with Chief (William) McManus on possibly increasing patrols along those areas. But it’s very important that residents, if they see something like this happening, call 911 right away to get their attention and get them into the area,” Perry said.

Copyright 2021 by KSAT – All rights reserved.