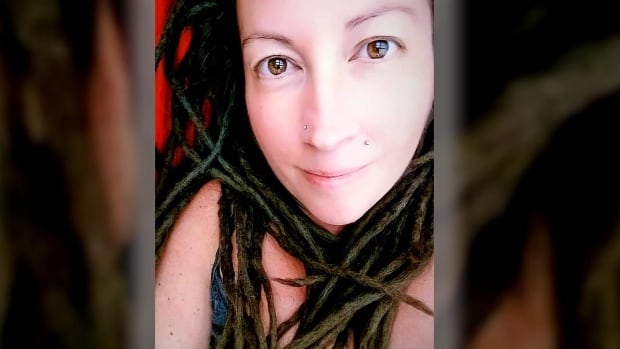 
Sathya Dhara Kovac, 44, chose to die this week, even though she didn’t want to go just yet.

The Winnipeg woman’s death was facilitated by professionals through Manitoba’s medical assistance in dying program.

Kovac lived with amyotrophic lateral sclerosis, a degenerative disease that took her mother, grandmother and uncle. Her condition was worsening, but she felt she had more life to live — just not enough home care support to do so.

“Ultimately it was not a genetic disease that took me out, it was a system,” Kovac wrote in an obituary to loved ones.

“There is desperate need for change. That is the sickness that causes so much suffering. Vulnerable people need help to survive. I could have had more time if I had more help.”

On Monday morning, support worker and friend Shayla Brantnall rubbed Kovac’s head as she took her final breaths at home in her sunroom, surrounded by a small group of people and things that brought her comfort — a photo of her dog, candles, crystals.

But according to Kovac’s own obituary, statements she made to the Winnipeg Free Press and things she shared with friends, she had grown exhausted at her failed efforts to get more help with basic needs at home, and that is what drove her to access a medically assisted death.

“It’s hard because mentally she was there…. She accepted the changes in her body, but without enough support, how could anyone keep going?” said Brantnall, who supported Kovac three days a week over the past year and a half.

Kovac lived alone at home with her dog. She didn’t want to give that up to live in a facility, said her friend Janine LeGal.

She said Kovac did not tell the panel of professionals who assessed her application for a medically assisted death that she was driven to seek MAID due to a lack of adequate home care support, fearing that if she shared her full rationale they would deny her.

“Her death was imminent in the sense that she had ALS, so she would have died from that at some point, but … she could have been around for several more years, living a good life,” said LeGal.

“It’s really painful for me to think about the fact that she is gone because our society doesn’t focus on giving people what they need.”

The Winnipeg Regional Health Authority said alternate supports are explored before MAID is granted to applicants.

Applicants have to have a “serious and incurable disease, illness or disability, an advanced state of decline that is irreversible and that is causing intolerable suffering,” the health authority said in a statement. It confirmed Kovac met the eligibility criteria.

Kovac received 55 hours of home care support per week. As her condition deteriorated over the past five months, LeGal says her needs increased.

It was suggested to Kovac that she seek home care help beyond what was provided to her through the public system, but she could not afford the added costs, LeGal said.

In an interview with the Winnipeg Free Press published after her death, Kovac said the province and ALS Society advised that she would receive around the clock care were she to move into Riverview Health Centre. Kovac said she preferred to remain at home and that she knew others who died shortly after moving into long-term care.

Kovac felt humiliated by the process of asking for, and failing to obtain, adequate home care services, said LeGal.

“She cared about neighbours and people and community and she wanted others to care too, and sometimes that didn’t happen. So, she was very hurt by that.”

“She did not have the right home care services,” Wab Kinew said during question period Tuesday, asking Premier Heather Stefanson what her Progressive Conservative government is doing to fix home care in Manitoba.

Stefanson said Seniors and Long-Term Care Minister Scott Johnston is looking at revamping and improving home care, with that reviewing including how to address staffing shortages.

“We recognize that there is more work to be done,” Stefanson said. “That’s exactly why we set up the ministry of seniors.”

Nancy Hansen, a professor and director of the interdisciplinary master’s program in disability studies at the University of Manitoba, said the case highlights serious issues with how expanded access to medically assisted death is being offered to people with disabilities.

Prior to February, when MAID was expanded to people with disabilities, an applicant had to be facing “imminent” death, said Hansen.

“I don’t understand why society is so anxious to see death as dignified as related to disability, and yet a society will not provide appropriate resources for people to live with dignity,” said Hansen, who is disabled.

“We provide funding as a society for the elements that we value, and it seems to me that there’s a lack of worthiness and a lack of value placed on disability,” she said.

Hansen said medically assisted death “is a sort of a simplistic solution to something that requires more creative thinking.”

LeGal says she regrets not mounting a more robust advocacy campaign for her friend sooner.

“I feel like her voice wasn’t being heard,” said LeGal. “She taught me a lot about the value of life.”