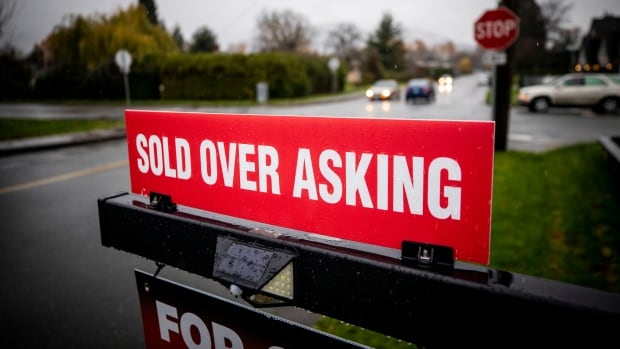 
As of New Year’s Day, some foreign buyers will be banned from purchasing residential property in Canada in a move the federal government says is aimed at making housing more affordable.

But many real estate and housing policy experts are unconvinced that the two-year ban will have much impact on house prices — given non-resident buyers make up such a small share of the real estate market, and many will still be exempt.

“I think this is very much a political policy, more than an economic policy,” says Brendon Ogmundson, chief economist at the British Columbia Real Estate Association.

“A lot of the public has been convinced over the last few years that it’s foreign investors and foreign money that are driving home prices, rather than what’s actually doing it: low interest rates and very low supply.”

There’s limited data tracking foreign buyers and owners across Canada. In the four provinces and one territory measured in the Canadian Housing Statistics Program in 2020 — the most recent year available — between two and six per cent of residential properties had at least one non-resident owner.

In British Columbia’s hot housing market, only about 1.1 per cent of transactions in 2021 involved a foreign buyer — a drop from three per cent in 2017, which the provincial government attributes to its taxes on non-residents, speculators and empty homes. Ontario’s government says it has seen “a downward trend” in foreigners buying property since it began taxing non-resident purchases in 2017.

“Whatever patchy data we have, it shows that the percentage is actually pretty small when it comes to foreign buyers,” says Vik Singh, an assistant professor in the global management studies program at the Ted Rogers School of Management at Toronto Metropolitan University.

“I think the government had to do something [about housing], and it’s easier to pick out the foreign buyer as a target.”

Finance Minister Chrystia Freeland declined multiple requests for an interview. In a statement, a spokesperson for Freeland said: “Houses should be homes for Canadians to live in and not an investment asset for foreigners.”

Information provided to CBC News by the Canada Mortgage and Housing Corporation indicates that the government has not carried out modelling that might show the ban’s potential impacts on the housing market and prices.

Who and what is exempt

International students and foreign workers are allowed to purchase one property, as long as they have lived in Canada for a certain number of years, signalling their intention to become permanent residents.

Non-residents who buy a home in contravention of the ban — or realtors and lawyers who help them — can face a conviction, and be fined up to $10,000. The federal government can also apply to the superior court in the province where the home was purchased for an order to sell the property.

The Canadian Real Estate Association (CREA) was concerned about the added costs and potential legal risks that realtors might face while trying to determine the eligibility of buyers and properties.

“As a result of this legislation, buyers can expect realtors to ask more questions and request additional documentation from all clients,” a CREA spokesperson said in a statement.

A warning from New Zealand

Freeland’s office pointed to New Zealand’s ban on foreign buyers as an example of a “peer country” implementing a similar policy to improve housing affordability.

However, experts there say it’s fallen far short of success.

Prior to New Zealand’s 2018 ban, 2.9 per cent of homebuyers were non-residents. Their number has since dropped to 0.4 per cent — yet house prices continued to soar, reined in only by this year’s interest rate hikes.

“If you’re looking for evidence that the foreign buyers’ ban in New Zealand did anything to the housing market, you will find literally nothing,” says Brad Olsen, principal economist and director at Infometrics, an economics consultancy in Wellington, New Zealand.

“Given that there was such a small level of buying and selling that was actually happening through foreign ownership, really, this was a political move.”

Olsen was concerned Canada was making the very same move.

“It smacks of — exactly like in New Zealand — a real big political focus that makes a big splash and everyone gets quite excited … We proffered at the time [of New Zealand’s ban] that nothing would change, and nothing did.”

Experts say increasing supply by building more homes faster is one obvious solution to help meet demand for housing, and the federal government has promised to help municipalities speed up construction.

But the types of homes being built also matters, says Singh. “If you build 1.5 million homes and if they’re not affordable … that’s just going to lead to investors scooping up more of the supply.”

The government is also targeting investors with a new anti-flipping tax from Jan. 1, on owners who buy and sell a home within 12 months.

Experts told CBC News there are still plenty of other measures the federal government has yet to explore, such as expanding taxes on foreign buyers, like those in B.C. and Ontario, to new areas, or broadening its tax on empty homes beyond non-residents.

Paul Kershaw, an associate professor of public policy at the University of British Columbia and his think-tank, Generation Squeeze, have proposed a “modest” surtax on homes worth more than $1 million, that would see most owners pay between $400 and $1,000 when a home is sold or inherited.

That small sum, Kershaw said, would add up to billions of dollars in annual revenue that the federal government could invest into affordable rentals and cooperative housing units, as well as rebates for renters.

“We have to rebalance and say, here’s the principle: housing is for homes first, investment second,” he said.

Kershaw is less cynical about the foreign buyers’ ban than some other experts, though rather than a silver bullet for housing affordability, he expects the ban to be “silver buckshot” at best.

“It’s one — probably modest — tool in the toolbox, whereas there are many other tools that we need to pull.”