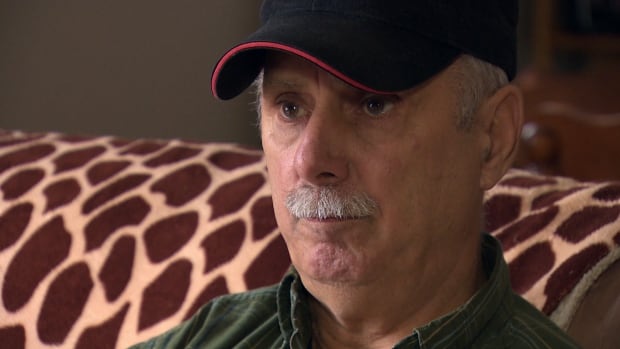 
WARNING: This story contains a discussion of suicide.

Terry and Christa Roberts had their house sold, their bags packed and their tickets booked for a ferry ride they’d never take.

The married Newfoundland couple had big plans for better opportunities on the mainland, but those went by the wayside when Terry was the victim of a fatal workplace incident on Sept. 27.

Now Christa and her family are left wondering where to get help in a health system that is dealing with a mass exodus of mental health professionals, in a province with a chronic doctor shortage.

Terry, 61, worked with Canship Ugland — the company that operates pilot boats in St. John’s harbour. He was working just past midnight, about 3½ kilometres outside the sheltered harbour, when he went overboard. He was dead by the time a nearby ship was able to recover his body.

The family is left with a lot of questions about what happened, and hope they’ll get some answers from the Transportation Safety Board’s ongoing investigation.

In the meantime, his wife and loved ones are left dealing with tremendous grief from the void his death has left behind. Those aching feelings led them to a visit with a grief counsellor on Oct. 5, and set off a night they wish they could forget.

‘A family was asking for help’

Christa Roberts attended the meeting with her brother, Craig Connors, and her sister, Corinne St. Croix. They say it took a dark turn when Roberts began speaking about suicide, telling the counsellor she had a plan.

The counsellor stopped the session and recommended she go to the Waterford Hospital immediately. The siblings went with her, with the counsellor going in a separate vehicle. The family said the counsellor explained the situation to the staff at the hospital — that this woman had lost her husband and was suicidal — and they proceeded to wait for hours in the waiting room.

They eventually saw a psychiatric nurse, and then a general practitioner who said Roberts was good to go home after a brief examination. St. Croix said she showed the doctor text messages from the previous night, where her sister had spoken about having a suicide plan.

St. Croix said the doctor told her there was little they could do and recommended she wait to see a psychiatrist.

They went back to the waiting room, and Roberts became more agitated. Connors said the staff seemed to lack understanding or patience for his sister, who was experiencing a mental health crisis.

It only got worse when she saw the psychiatrist and had to recount the story for the fourth time that day. According to Connors, the psychiatrist was short with her and warned her at one point that she’d leave the room if Roberts didn’t calm down.

In the end, the recommendation was the same — to send Roberts home. Connors said the experience still haunts him today.

The family members say they’re speaking out because they want to see changes at Eastern Health and within the Department of Health and Community Services when it comes to accessing mental health support in a time of crisis.

Roberts’s father, John Connors, said he’s been living in a state of constant worry since his daughter was released from the hospital. He hasn’t had a good night’s sleep since a Royal Newfoundland Constabulary officer knocked on his door and gave him the news of his son-in-law’s death on Sept. 27. The insomnia has been even worse since the hospital experience, he said.

The family is making sure someone is always with Christa, ensuring she’s safe.

Both Craig and John Connors said they’re left with questions about how to get help if they need it again. There are mental health hotlines, the Bridge the gApp program, and 811, but the family wants to see easier access to face-to-face care in urgent situations — something they expected to get at the Waterford Hospital.

John Connors has a few questions for those in charge of mental health care, including Health Minister Tom Osborne.

“Where do I go? Tell me where I go.… My family needs help,” John Connors said. “If my daughter commits suicide, are you going to tell me you’re sorry? ‘Sorry’ don’t cut it. It’s an excuse. It’s not an answer. I want results. I want people doing something. There’s got to be accountability.”

CBC News has asked Eastern Health for information, but as of publication the health authority said it was still working on a response.

Where to get help if you or someone you know is struggling:

Alleged U.S. human smuggler under investigation by RCMP in death of Indian family at Canadian border