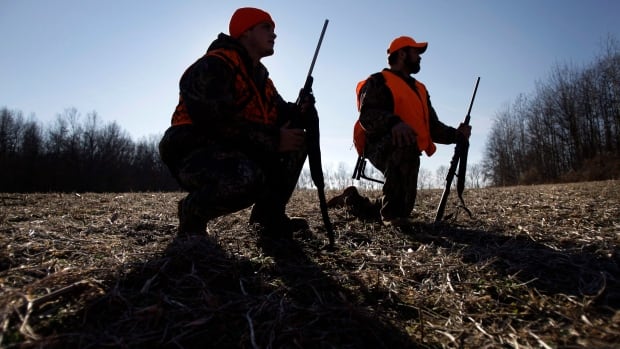 
As another deer hunting season begins in Ontario, hunters are being asked to participate in a monitoring program for deadly chronic wasting disease — but northwestern Ontario isn’t officially involved in the surveillance area for the illness that affects members of the deer family.

That doesn’t mean hunters in the region are off the hook.

“When we took into account all of those different risk factors, northwestern Ontario didn’t pop up as being one of the highest-risk locations in the province,” explained Larissa Nituch, a science operations supervisor with the Ministry of Natural Resources and Forestry.

Chronic wasting disease is a contagious, incurable and fatal brain condition. Among members of the deer family at risk of the disease are moose, elk and caribou.

Last December, officials in Manitoba ordered a deer cull after cases there emerged during the fall, leaving hunters in northwestern Ontario worried the disease would eventually appear in Ontario as well.

This year, the Ministry of Natural Resources and Forestry will carry out the majority of surveillance for the disease in southern and eastern Ontario. In northern Ontario, the area between North Bay and Mattawa is covered

What can hunters in northwestern Ontario do?

During the fall hunt, wildlife research technicians will be canvassing the surveillance areas and asking hunters to donate small amounts of tissue from deer heads for analysis.

Nituch said hunters play a key part in the program, specifically in the surveillance areas, but also in areas not covered by the program, such as in northwestern Ontario.

“Hunters can help in a lot of different ways, so a couple of things they can do if they’re not in the current surveillance zone is making sure that they report any suspected sick animals,” she said

“If they see a wild animal showing signs of [chronic wasting disease], which could include things like severe loss of body weight, tremors or lack of co-ordination, they can report it,” she explained.

People are asked to report any signs of the disease to the ministry or the Canadian Wildlife Health Cooperative. Nituch said the other key to prevention is ensuring hunters are aware of restrictions around out-of -province hunting.

“And just making sure that they leave any high risk parts behind after their hunt and not bring it back into Ontario. And then just in general making sure that folks are staying up to date on the state of [chronic wasting disease] in Ontario,” she added.

Each year, the ministry chooses surveillance areas based on a risk model that takes into account factors like proximity to neighbouring outbreaks, population density of the at-risk animals and the presence of game farms in the region.

The Ontario Federation of Anglers and Hunters calls the surveillance program an important measure in protecting the province from chronic wasting disease, but members wish more could be done when it comes to preventive measures.

My message to hunters is to remain vigilant and if you see something, say something– Mark Ryckman, Ontario Federation of Anglers and Hunters

Neighbours to the northwest, like Manitoba and Minnesota, have both detected CWD.

Mark Ryckman, the policy manager at the federation of anglers and hunters, said that’s concerning, even though the cases are still quite far from the border.

Where do we go from here?

Northwestern Ontario was last under surveillance in 2019, in an area that included Thunder Bay and west toward Dryden. The disease has never been detected in the province since the program launched in 2002.

Both Ryckman and Nituch believe the program is here to stay for the foreseeable future.

“So I definitely see that we will have to be doing the surveillance well into the future to make sure that we protect Ontario.”

Ryckman calls the program vital in preventing the disease, and so management actions can be deployed if it’s ever detected in the province.

“Once [chronic wasting disease] becomes sort of set in a population of deer. It is extremely difficult to eradicate from a population. So early surveillance is absolutely key,” said Ryckman.

“We spend a lot of time on the landscape observing animals and we are used to what is normal behaviour and what is not normal behaviour,” he said. “My message to hunters is to remain vigilant and if you see something, say something.”