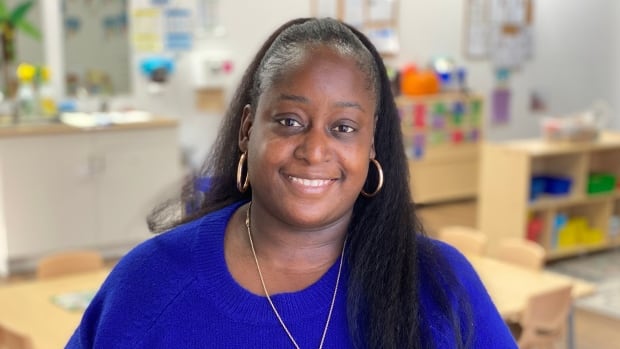 
More providers are opting into the $10-a-day child-care program following a series of tweaks and a deadline extension from the Ontario government — but others are still holding out, saying the program doesn’t make sense for their businesses.

With the new Nov. 1 deadline to opt in a week away, the majority of licensed child-care providers in Toronto have signed up for the program, representing a notable spike in interest from the summer.

In August, Ontario extended the initial deadline to apply by two months and made several adjustments to how providers would cover revenue gaps when parent’s fees are slashed. The latest tweak came last week when the Ministry of Education sent a memo to licensed child-care providers informing them that changes announced earlier for 2022 will essentially continue into 2023, and give centres a dollar-for-dollar replacement for parent fees that will be soon cut in half.

“Ontario’s government is protecting parental choice. We continue to work with the federal government, municipalities, as we well as all childcare operators and associations to deliver financial relief for parents across Ontario as quickly as possible,” a spokesperson for Ontario Education Minister Stephen Lecce told CBC Toronto Monday.

The $13.2-billion federal-provincial deal announced last March promised Ontario parents a rebate for 25 per cent of their fees for this year retroactive to April 1, and a further reduction of 25 per cent starting next year. It has the ultimate goal of $10-a-day fees by 2025.

Kids Connect, a licensed child-care centre just north of The Beach neighbourhood in east-end Toronto, is opting into the program, but says it wasn’t easy to make that choice.

The centre’s executive director Amanda Stanton says the decision only happened after the policy amendments.

“The first set of terms and agreements weren’t as favourable,” Stanton said in an interview.

“Then then I remember back in September, we received another communication. Things like property taxes and other items would be covered almost dollar for dollar. We said, ‘OK, that works for us.'”

After concerns about low interest in the program emerged in the summer, recent changes appear to be turning the tide in the Greater Toronto Area.

In Toronto, city staff say 821 out of 877 responding child-care centres have opted in to the program, formally referred to as Canada-Wide Early Years and Child Care. The opt-ins include 169 for-profit child-care centres. Fifty-six providers have informed the city they are opting out. The City of Toronto has 1.042 licensed child-care centres in total.

In York Region, there are 558 licensed providers and 466 of them are opting in. Thirty-one have chosen to opt out.

And in Peel Region 134 out of 194 licensed providers are opting into the program, representing 87 per cent of eligible spaces.

Stanton says the deal still isn’t perfect. While the recent changes were enough to get many centres to opt in, there is concern that the terms of the agreement are only guaranteed until 2023 and that funding is not tied to the rate of inflation

“Right now in the agreement, they’re only indexing at 2.75 per cent. So we want to ensure that the new agreement speaks to inflation and how to help centres with these skyrocketing costs,” Stanton said.

According to Statistics Canada, the Consumer Price Index was up 6.9 per cent year over year in September.

Providers opting out of the program tell CBC Toronto there’s just too much financial uncertainty.

Jennifer Brown owns and operates La Petite École, a French-language preschool in Toronto’s Bloor West Village that is opting out. She says that the federal child-care deal with the province is for five years, but the Ontario government will only guarantee terms until 2023.

“They are not providing us with the same type of clarity and predictability. They’ve now inched a little forward and given us 14 months of visibility, but after that we have no idea what the funding formula will be,” Brown said in an interview.

Inflation and the 2.75 per cent increase Ontario is offering in funding is also a concern for Brown. As a small and independently owned business, she worries about not being able to survive with parents’ fees capped.

“Opting in makes it sound like it’s our choice. It’s simply not possible. It wouldn’t be a responsible thing to do at this point,” she said.

Huma Esmail, who owns and operates three Montessori preschools in Toronto, is opting out of the program and says the decision has the “full support and backing” of parents.

“There are still so many unknowns about the functions of the five-year program and we are being asked to sign up without a long term contract in place,” Esmail wrote in response to questions from CBC Toronto.

“The promises made to parents for assistance in reducing child-care fees [should] be paid to families directly rather than having to go through a complex administrative system funnelled through child-care centres,” she added.

The Ontario Association of Independent Childcare Centres says they are being asked to sign an open-ended contract with no guarantees about funding past next year, and small businesses can’t remain viable without more clarity and planning.