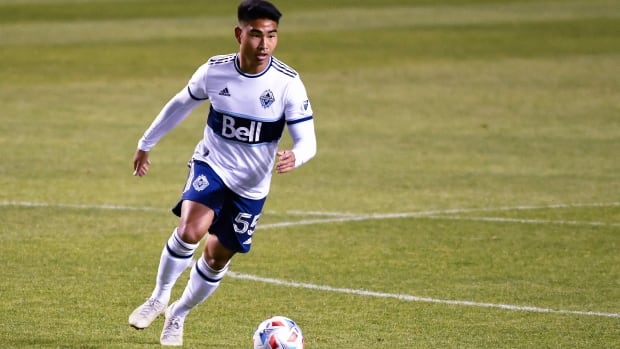 
The Vancouver Whitecaps are asking their fans to support Ukraine as the eastern European country grapples with a Russian invasion.

Fans attending the Whitecaps’ home opener against NYCFC on Saturday are being encouraged to wear yellow and blue clothing to show their support for Ukraine.

“We encourage everyone coming to our home opener on Saturday to wear blue & yellow as we stand united with all Ukrainians here in Vancouver and around the world,” Axel Schuster, Whitecaps FC CEO & sporting director said in a press release. “We have reached out to members from our local Ukrainian communities, and our supporters and players are unified in our message to condemn this war.”

Club will make donation on behalf of fans

The Whitecaps say they will donate to the Canadian Red Cross Ukraine Humanitarian Crisis Appeal on behalf of everyone who attends Saturday’s match.

The club does not feature any Ukrainian or Russian players on their 2022 roster, but has several European players including German-born defender Florian Jungwirth and Serbia’s Ranko Vesilinovic.

The group performed both anthems as a showing of support for Ukraine. 4:04