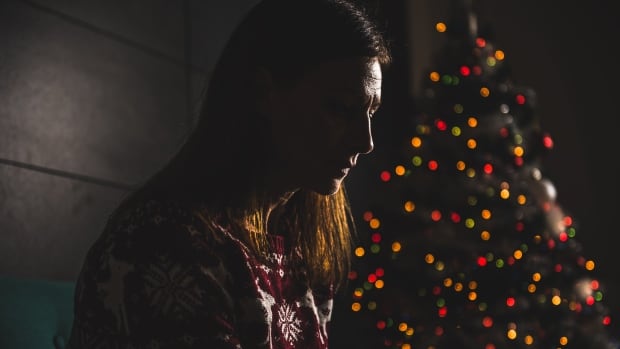 When feeling lonely and unhappy veers into depression: challenges of these pandemic holidays


Despite all the bright cartoon specials and joy-infused music that pervades this time of the year, it is a well-established fact that not everyone feels like celebrating when the holidays roll around.

This year, added stress from the second wave of the pandemic is making day-to-day life even more difficult. If you’ve been feeling more down lately, you are not alone.

A national survey released earlier this month found that the recent surge in COVID-19 cases has made people more stressed and feeling greater levels of despair and hopelessness.

Nearly three-quarters of the Canadian population (71 per cent) reported feeling more worried about this coming second wave of the pandemic back in September, with 40 per cent reporting their mental health had deteriorated since March.

Add to that mix the fact that people can’t gather for the holidays as they might want — and the cold, dark days — and it’s all a bit of a recipe for tough weeks ahead.

“People find the winter to be a challenge under the best circumstances,” said Emily Jenkins, assistant professor at the University of British Columbia’s nursing school and lead researcher on the survey.

“And so I could imagine that where those kind of pre-existing challenges with the season [exist] alongside the very tight restrictions that we’re all going to be living through this holiday season, that it’s going to have an impact on mental health.”

CBC’s The National asked Canadians to send in their specific concerns and questions about the upcoming pandemic holidays and two psychiatrists offered some advice.

Shannon Barner of Edmonton wanted to know about talking to her elementary school-aged children, who are asking about doing “normal” holiday activities like seeing their cousins and grandparents.

“Is there a professional response or something more that we could be providing for the kids? Should we be providing more than just a simple ‘No, because of COVID’ answer?”

Dr. Shimi Kang, a psychiatrist and author from Vancouver, recommends using a mix of “truth and optimism.”

“We don’t want to sugar-coat things, but we want to give them age-appropriate truth,” she said. “The brain likes information. It gets scared of the unknown.”

She recommends explaining why people are physically distanced and how the virus is contagious. But an important addition to the answer, she said, is something positive.

“Talk about, ‘We’re still going to have a great holiday season, we’re going to drop off gifts or do a choir on Zoom with grandparents.’ End with that tone of optimism. The brain loves that.”

WATCH | Dr. Kang’s full answer about talking to children about this different holiday: 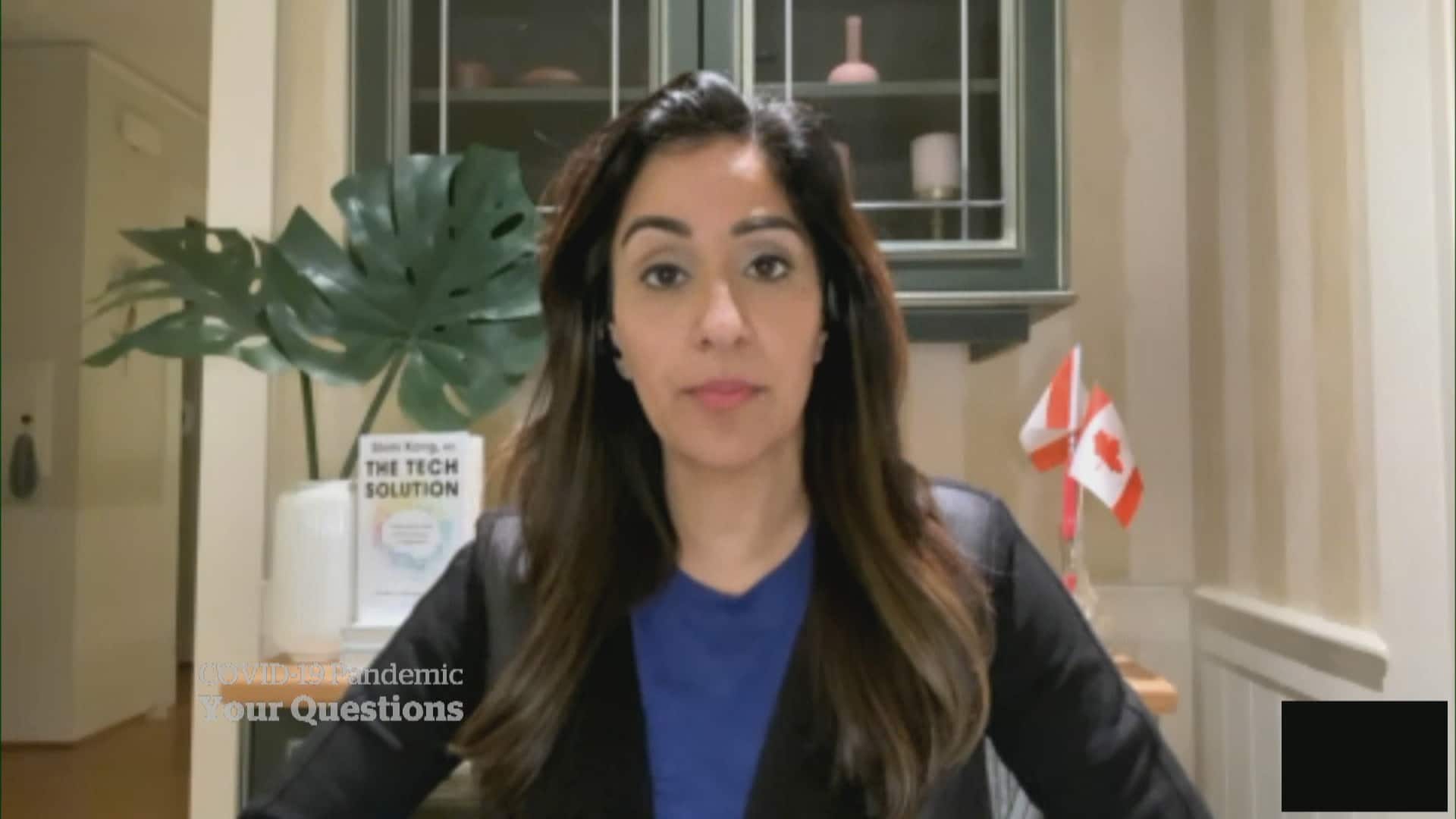 Psychiatrist Dr. Shimi Kang offered ideas for how parents can answer their kids’ questions about why they can’t see cousins or grandparents or do all the ‘normal’ holiday things this year. 0:42

Tough times for older kids, too

Your older kids may be feeling more stressed and anxious, too. It’s been an upside-down kind of year for those who were supposed to be off at college or university, only to have spent most of their time home or in a dorm room, alone, attending classes online.

Chloe Champion in Halifax wanted some advice for dealing with that feeling of isolation.

That’s been a growing concern for doctors like Dr. David Gratzer, a psychiatrist at Toronto’s Centre for Addiction and Mental Health.

A recent CAMH study found about one in four Canadians say they are turning to binge drinking to cope. He stresses that especially right now, using substances in moderation is important.

It’s also important for us to find other ways of coping with this isolation and loneliness that we’re all feeling, he said. “Obviously, it’s going to be different than it usually is. We’re not popping by our parents’ place for a cup of coffee. But maybe we can reach out with Skype or FaceTime or WeChat.”

Even a traditional phone call can go a long way, Gratzer says.

WATCH | Dr. Gratzer on the importance of maintaining connections with people: 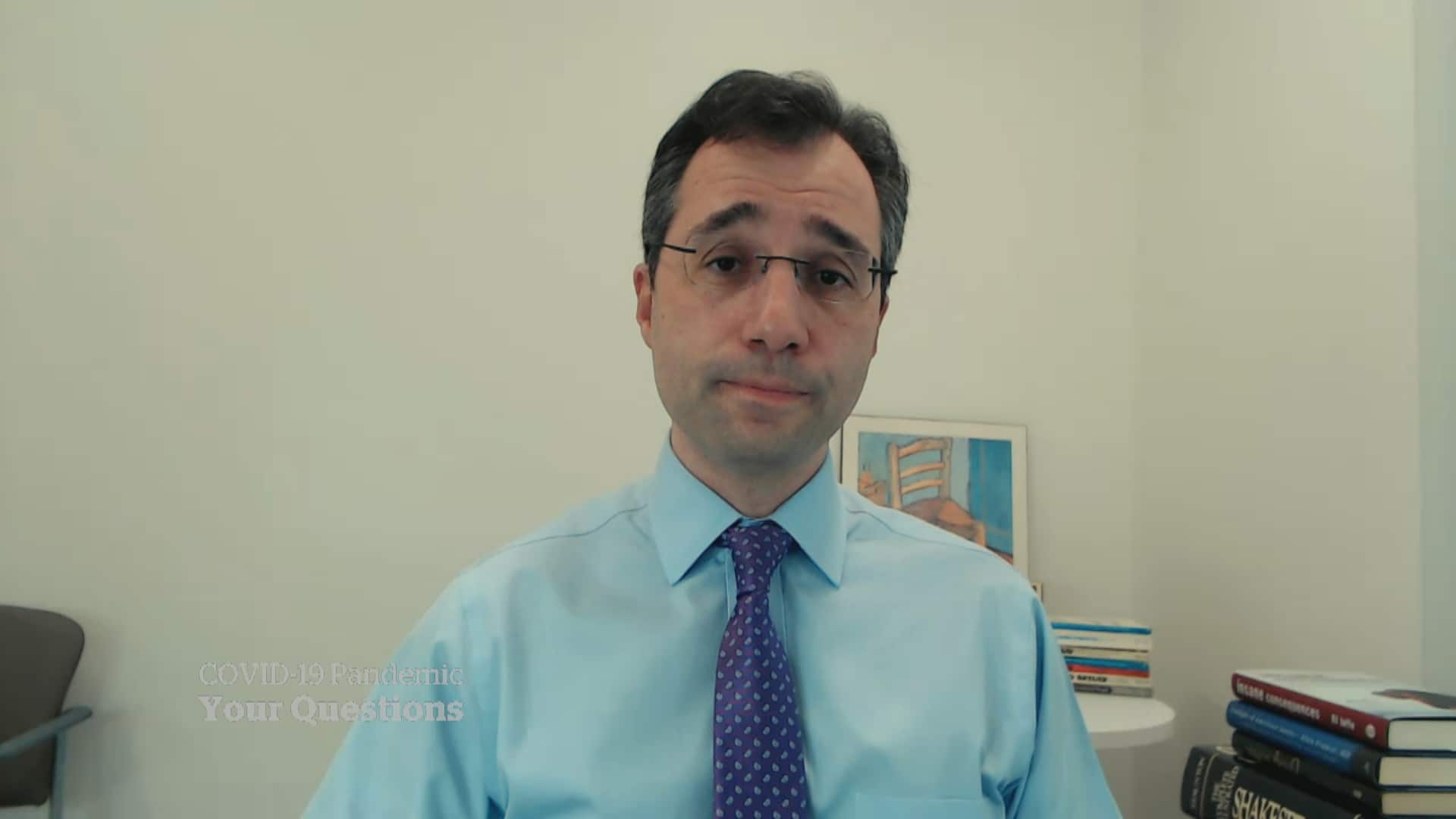 Psychiatrist Dr. David Gratzer says the key to coping with feelings of isolation is establishing connections and he had some suggestions for how to do that. 1:03

Not just sad, but depressed

The reality, though, is that not everyone has someone to call. One viewer asked how you can tell when feeling lonely and unhappy has veered into depression?

She said loneliness can actually have toxic effects, such as reducing our immune system, and has been linked to early death.

“If there are symptoms of depression that lasts more than two weeks — which is a low mood plus disturbed sleep, difficulty with your focus, concentration and lack of interest, motivation, anxiety, panic or any suicidal thoughts — we definitely want to get some help,” she said.

Jenkins’s data has suggested people experiencing mild to moderate stress, anxiety or depression are not seeking out mental health support, mostly because they are unaware that help exists.

“The Canadian Mental Health Association has the Bounce Back program that’s now available nationally,” she said. “The federal government has Wellness Together Canada, which is another mental health support resources available online free of charge, available to people … in their own homes.”

“Not that it necessarily translates to suicide, but indicates that there’s a very significant level of distress among a lot of people,” Jenkins said.

And she worries what the holidays will bring.

In Canada, help is also available nation-wide for anyone having suicidal thoughts.

And if you’re just looking for some basic tips or suggestions for getting through the next few weeks, Gratzer offers the following: