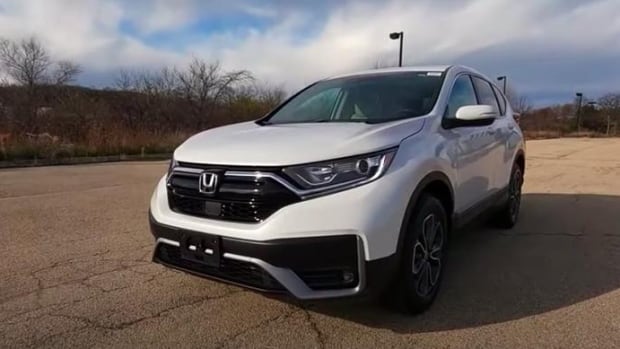 
With auto thefts in and around Toronto on the rise, you might be wondering if your car could be a target.

Indeed, an investigation by CBC Toronto found car thefts are up nearly 45 per cent in the city compared to last year — with three months still to go in 2022 — and up 54 per cent in Peel Region as of Aug. 31. That’s on top of carjackings, which in Toronto are up 209 per cent from 2021 so far this year.

So what vehicles are thieves targeting and what can you do to stop them?

CBC Toronto put together a list of the most commonly targeted vehicles in Ontario, current as of 2020, and some tips about how to keep your car safe.

Most commonly stolen vehicles in 2020

According to Toronto police’s Det.-Sgt. Peter Wehby, the most commonly stolen vehicles have a push-to-start ignition — the ones with a key fob.

That lines up with what the Équité Association, which investigates and analyzes insurance fraud and crime, found when compiling its Top 10 list of stolen vehicles in Ontario for 2020.

The list highlights a key trend in vehicle thefts across the country, it says: With more vehicles equipped with keyless entry remotes, electronic auto theft is on the rise Canada-wide.

“These are not young people who are stealing cars for joyrides or maybe a group that might steal a car in order to utilize it in a, a secondary criminal offence. These are professional criminals that have professional networks,” said Michael Slack, director for auto theft for Ontario and Eastern Canada for Équité Association. “And often the expertise of that specific network can influence the type of vehicle that’s being stolen in your neighbourhood.”

In other words, a group that’s figured out how to get past the security of a given vehicle will likely go after more of them and drive up the number of thefts in a given area.

In Ontario, the most commonly stolen vehicles include the Lexus RX Series, Honda CR-V Series and Honda Civic Series.

Use a ‘layered’ approach to deter thieves

Auto thieves want to get into your car and drive off with it as quickly as possible.

That’s why Bryan Gast, vice-president of investigative services at Équité Association, suggests a a “layered approach” to make it more cumbersome for thieves — “anything that makes it more difficult for the criminals to steal that vehicle [and] adds time to what they need to do,” he says.

But before looking at protection you can purchase, there are plenty of basic steps that cost nothing and can go a long way too, experts suggest.

First, there’s the obvious: Always take your keys with you when you park, don’t leave your vehicle running, make sure your doors and windows are closed and always set your emergency brake. And definitely don’t leave the original ownership or insurance cards in your vehicle — consider a photocopy instead.

But here are some less commonly known tips that can help:

Have a push-to-start vehicle?

If your vehicle has keyless ignition, there are some additional steps you can take to make it harder to steal.

WATCH | CBC’s Marketplace shows how a vehicle can be stolen in minutes:

How your car can be stolen in less than two minutes

Thieves are stealing cars from driveways and shopping malls in Canada using inexpensive tools. This locksmith showed us how easy it can be to steal a vehicle with a push-to-start ignition.

Here are some other protective tools and measures that come at a cost, but that experts suggest can be valuable investments:

What to do if your car is stolen?