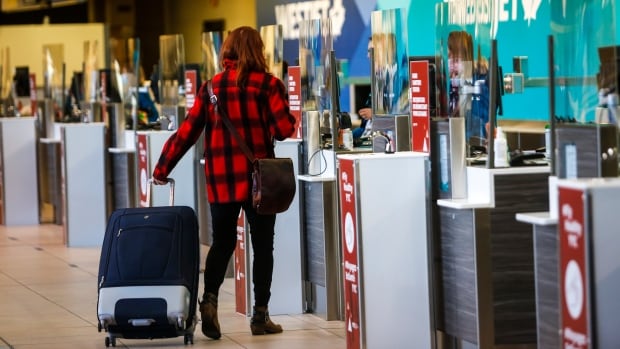 
WestJet is cutting jobs and slashing its flight capacity by a third because of what the airline calls “instability in the face of continuing federal government travel advisories and restrictions.”

The Calgary-based airline said in a release Friday that up to 1,000 of its employees will be impacted by “furloughs, temporary layoffs, unpaid leaves and reduced hours.”

Ottawa recently changed the rules to require anyone coming into Canada to have a negative COVID-19 test in order to be allowed into the country. As soon as that happened, WestJet CEO Ed Sims said the airline saw “significant reductions in new bookings and unprecedented cancellations.”

The airline lobbied the government to alter or delay implementation of the new rules, but Ottawa ultimately went ahead with them as planned.

“The entire travel industry and its customers are again on the receiving end of incoherent and inconsistent government policy,” Sims said.

“We have advocated over the past 10 months for a co-ordinated testing regime on Canadian soil, but this hasty new measure is causing Canadian travellers unnecessary stress and confusion and may make travel unaffordable, unfeasible and inaccessible for Canadians for years to come.”

In addition to the job cuts, the airline is also slashing about 30 per cent of its flights for February and March. That includes cutting its number of international flights from 100 this time last year to just five now.

About 230 weekly departures have been cut, including about 160 domestic routes. About a dozen normally permanent flights to sunny destinations out of Edmonton, Calgary and Vancouver have been cut, and seasonal service to the following locations has also been cut:

The flight reductions mean the airline will only have about 150 flights per day. That’s about what WestJet had in June of 2001.

The cuts come on the heels of the airline’s decision announced in October to shut down almost all of its operations in Atlantic Canada.