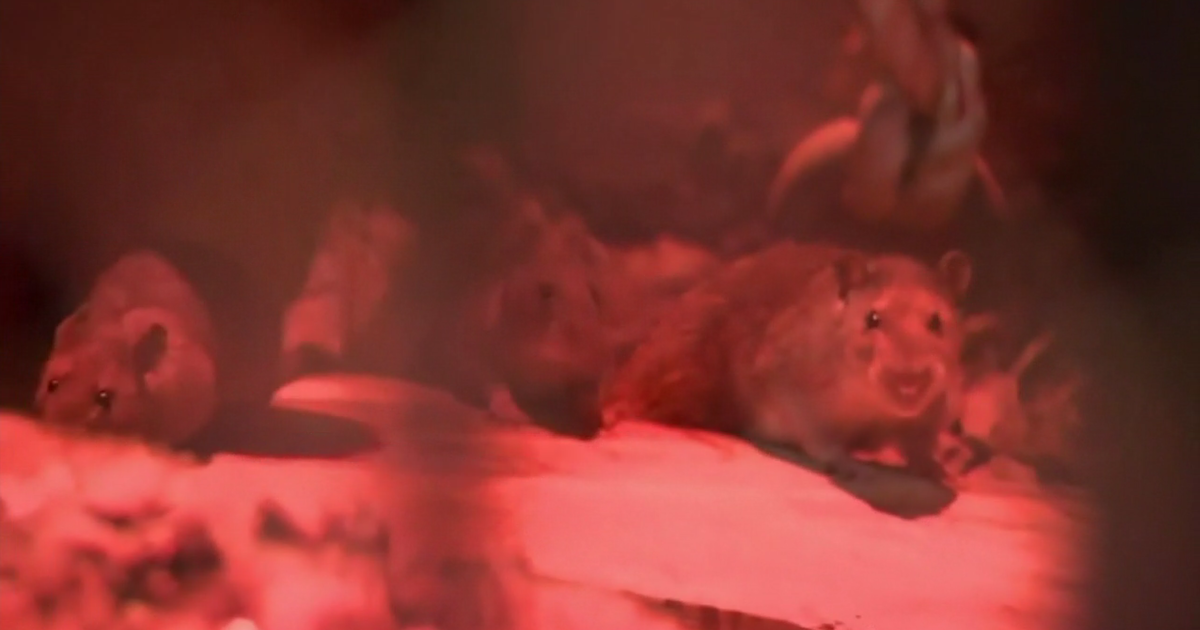 
CHICAGO (CBS) — We’d probably be more than happy to be saddled with a second city complex – or maybe even third or 30th city complex – when it comes to the distinction of the rattiest city in America.

But for the eighth consecutive time, the pest control company Orkin has called out Chicago as being the worst place for rats in the United States – outranking New York at No. 2 and Los Angeles at No. 3. The most rat complaints come in the summertime months.

So how ratty are we, really? CBS 2’s Tara Molina burrowed through city data and found that of the city’s 77 community areas, West Town continues to top the city’s charts for the most complaints.

Molina talked to some residents of West Town who have tried everything.

The West Town community area stretches from the 606 Trail on the north to the Union Pacific railroad tracks on the south, and from the North Branch of the Chicago River on the east to an irregular boundary that includes the park of Humboldt Park on the west. The West Town community area includes several of the city’s most popular neighborhoods – including Wicker Park, Ukrainian Village, East Ukrainian Village, East Humboldt Park, Noble Square, and River West.

Despite efforts from concrete to poison, the rats in West Town keep coming back. Obviously, there is no tally on rats across the city – but people who live in West Town say they are not surprised to hear the most complaints continue to come from their community area.

When Molina and her crew went to talk with Melendez, she was standing on top of a table on her patio. That is because before we could get our cameras rolling, a rat zoomed by and ran down a rathole in her backyard.

“As soon as we got back here, I saw a giant one – running into the hole,” Melendez said.

And, with that, welcome to West Town – home of the West Town rats.

“They multiply,” Melendez said. “It does seem worse. I don’t know why.”

Melendez is a lifelong resident of the neighborhood. We know this is a rat story, not a fish story – but Melendez insists the following claim is true.

“I’ve totally seen like an 8-pound rat chase after me!” she said.

Of the almost 41,000 rat complaints filed with the city of Chicago so far this year, the highest number of them were from West Town residents — with 2,216 complaints made in the community area.

But with West Town topping the city’s list the past few years, what’s being done to give residents like Melendez some rat relief?

They have tried everything from electric rodent repellers to filled burrows, traps, and poison. But the rats remain – and on top of everything else, they’re noisy too.

A spokesperson for the city’s Department of Streets and Sanitation didn’t address the repeated high complaints in West Town, but did issue this statement about how rodent complaints are handled:

“It is important to note that because the Department of Streets and Sanitation Bureau of Rodent Control is complaint driven, local Aldermen and staff use the 3-1-1 system to proactively input alley baiting as a preventative measure, which should be considered when viewing the data. Please submit a FOIA to DSSFOIA@cityofchicago.org to receive updated numbers.”

Molina asked Streets and San how the city proceeds after taking a compliant – and claims that it takes several complaints to get a response.

“The Department of Streets and Sanitation (DSS) is dedicated to keeping Chicago clean and healthy, and we continue to proactively address rodent abatement as a free service to residents. Once DSS receives a complaint, an appointment is scheduled for inspection and baiting, if necessary. DSS attempts to contact the owner/resident for approval to enter into a private backyard. If the owner/resident is not at home or unavailable, a door hanger is left asking them to contact the DSS Rodent Control office to schedule an appointment.”

Streets and San also provided a list of tips on how to keep rats away. One of the main issues – and an issue in West Town, according to people we talked to – is people’s failure to pick up dog poop.

“Residents and businesses are encouraged to do the following to prevent rodents in their homes and garages.

“These tips and more can be found online and in a brochure featured on this page, which DSS has printed in four different languages.”

Feral cats have been also used in some neighborhoods to try to help with the rat population. Some people in West Town told CBS 2 they’d like to see more of them placed there.

Tara Molina is a general assignment reporter for CBS2 Chicago.