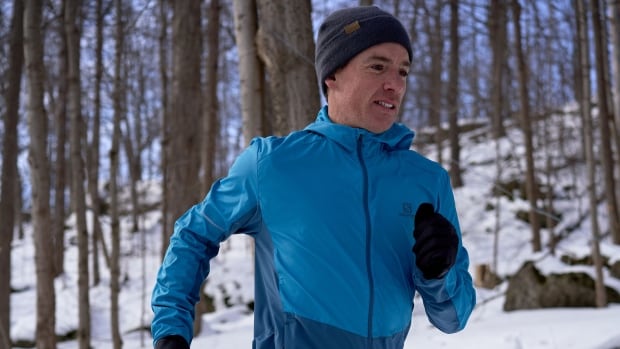 Want to run outdoors this winter? Here are some tips from a Canadian Olympic marathoner


Olympic runner Reid Coolsaet of Hamilton has taken big strides in the marathon world, and wants to pass on tips to other runners planning to add some exercise to their winter workouts.

Coolsaet started Bayfront Endurance on Facebook in 2020, and co-manages the running group with Krista Duchene and Anthony Romaniw. Members log dozens of kilometres for fun every Tuesday evening.

In 2011, Coolsaet ran the second fastest marathon by a Canadian at the time, finishing third in the Toronto Waterfront Marathin in 2 hours, 10 minutes, 55 seconds.

Coolsaet, who plans to continue his training this winter, gives these tips for winter running:

“Going to group workouts is beneficial not only for your performance, but just the camaraderie and the positivity of the runners just makes working hard fun, which is much more sustainable than you being out there by your own every week,” said Coolsaet.

The Bayfront Endurance group includes hundreds of runners with varying experiences, from amateur to marathoners, who encourage each other while they train.

“The bayfront is where a lot of serious runners in Hamilton will come to do an interval workout every Tuesday,” said Coolsaet.

The group offers training to quicken members’ running speeds. Other runners train by meeting weekly quotas — some reach distances of over a hundred kilometres, according to the group’s online club tracker.

Coolsaet said he sees an average of 50 people show up to run each week, and the number of group members has been increasing each spring.

The group meet at and runs along the waterfront, on the bayfront running trail, to Princess Point, which is about 12 kilometres in length, among other trails.

Anyone can just decide to start running

Marcel Mongeon, 31, of Ancaster just decided to start running one day, and hasn’t stopped yet.

He began taking on long distances 19 months ago as a method to stay healthy, first starting with five-kilometre runs along hiking trails, and a few trips up and down the Wentworth Street staircase.

Then, Mongeon added more kilometres to his training and began running even farther distances every day. Mongeon said he plans at least one run a week, of 32 to 36 kilometres.

“I had a really pretty lofty goal in mind. You know, I trained for five months and my target time had continually improved.”

He ran the 42.2-kilometre race in 2 hours and 37 minutes at a pace of 1.61 kilometres every six minutes. Of the more than 1,000 Canadians in the race, Mongeon finished first, and was 69th overall.

Mongeon said he joined the running group when he started training for the marathon, surprising many of the veteran runners.

“It was actually a big help. It’s kind of nice to get some tips from them,” said Mongeon. “A lot of people were there, and being around people actually focused on training was exciting.”

Coolsaet said when Mongeon joined his first interval training session, “It was actually quite incredible … I didn’t know who he was, but he was just giving it his all at the interval workout.”

Electric vehicle sales are racing ahead, but is there a plan for the waste they create?