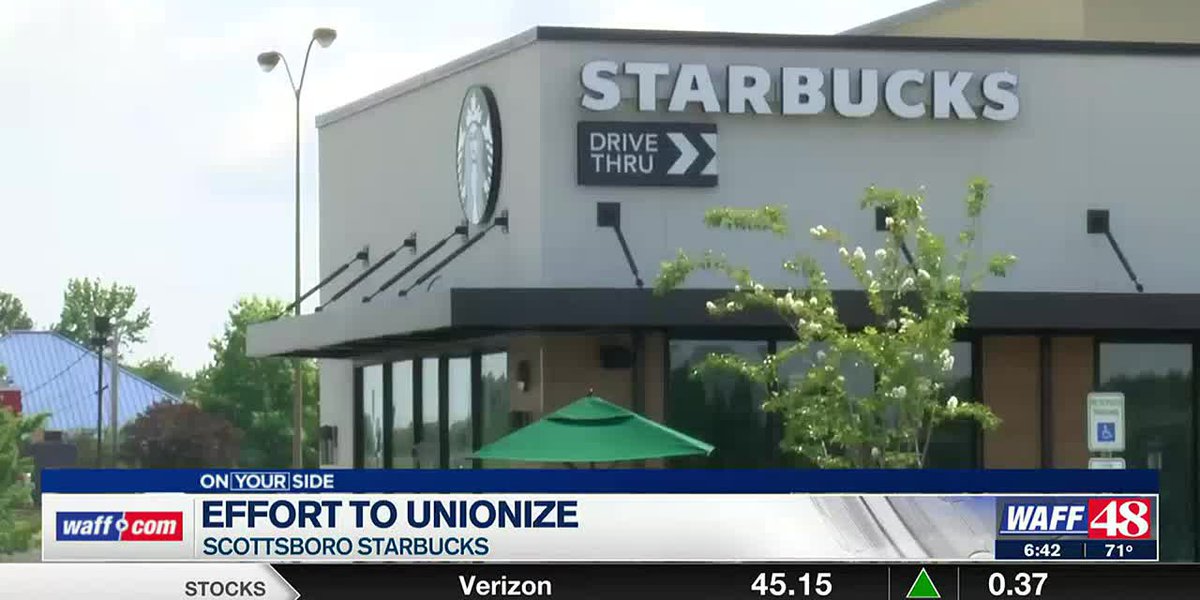 Vote to unionize Scottsboro Starbucks is coming up


SCOTTSBORO, Ala. (WAFF) – A Starbucks in north Alabama could join dozens of unionized Starbucks across the nation and become the second in the state.

Several workers at a Scottsboro Starbucks sent a letter to Starbucks CEO, Howard Shultz, announcing their intent to join the Starbucks Workers United union. The letter describes how they were inspired to join together after a Birmingham Starbucks won their union in May 2022.

The letter says that the employees have been facing issues in their hours, much like Starbucks workers across the country.

Starbucks worker and union organizer, Garrett Ellison, says their schedule is unreliable. He says hours are often reduced without notice and they don’t know how much money they’ll make week-to-week.

“I know here at this store, under Starbucks we had benefits to go to college to get insurance but no one was able to get them because they couldn’t get the hours to get those benefits,” Ellison said. “A bunch of people on Facebook have been saying ‘you have all these good benefits’ and yeah but we can’t get them because Starbucks doesn’t give us enough hours to receive them. They’ve been cutting our hours like crazy and it’s unreal because they say it’s based on labor but we’ve been so busy it’s just not adding up.”

Ellison says the union already sent out mail-in ballots, they will be counting votes on August 23.

WAFF reached out to Starbucks for comment but as of August 15, it has not responded.