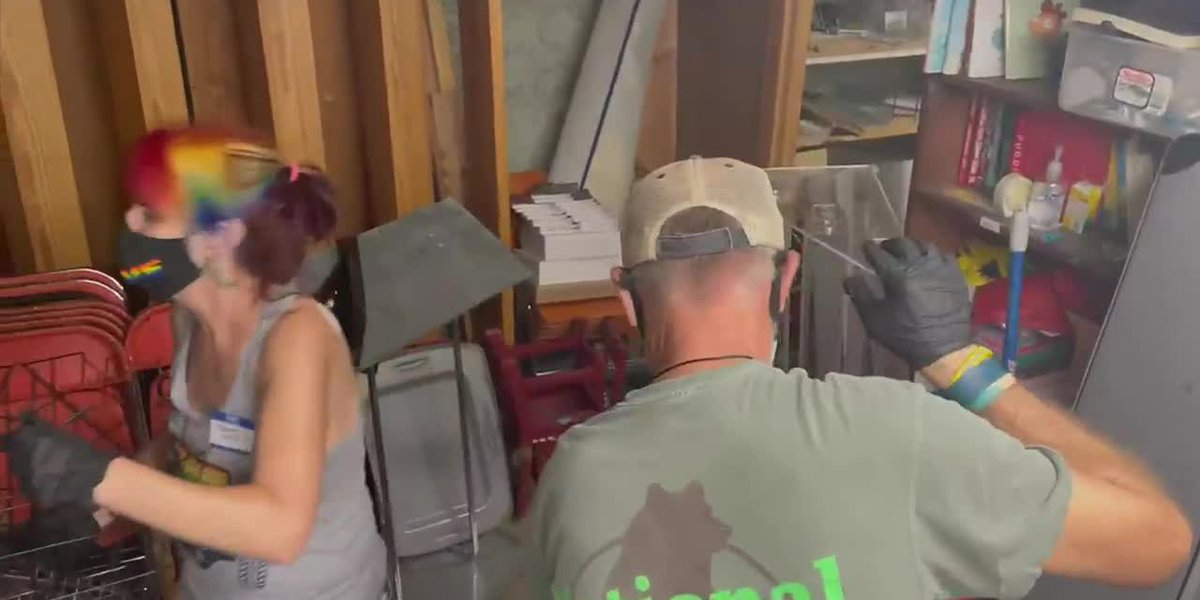 On Sunday, volunteers helped with clean-up.

“We definitely never thought we would be running away from floodwater and saving books,” Norris says.

Norris says the second round was even worse.

“The drains on the floors of our offices started to back up and water started coming out like a fountain and we ended up with six inches of water throughout our lower level,” Norris says.

Floodwater damaged the floor, carpets, furniture and some books.

Wintaye Gebru volunteered in the clean-up efforts, which included sanitizing, moving shelves around and throwing out damaged furniture.

Gebru says her reason for volunteering is that the bookstore holds a special place in her heart.

“I grew up in this bookstore,” Gebru says. “I grew up not very far from here so this was the bookstore I came to as a kid and then I worked here for almost five years as the general manager. As soon as I saw what was happening on social media, probably like everyone else I was horrified.”

After seeing the damage to the bookstore on social media, Gebru sprung into action by seeing how she could help.

Gebru is encouraging people to shop at the store because supporting a small business makes a big difference.

“Things like this like crazy weather events have a bigger impact,” Gebru says. “They can hurt so much more and be so much more devastating.”

Insurance is covering half of the estimated damages.

“A tragedy like this in the financial sense for a small business is a big hit,” Norris says. “Which is why the way the community has rallied around us has been so key.”

Norris says the lower level will be shut down until early September for clean-up, repairs and re-organization.

However, the upper level of the store is open, as well as the online store.

Wei Wai Kum First Nation to get territorial land back in agreement with B.C. government