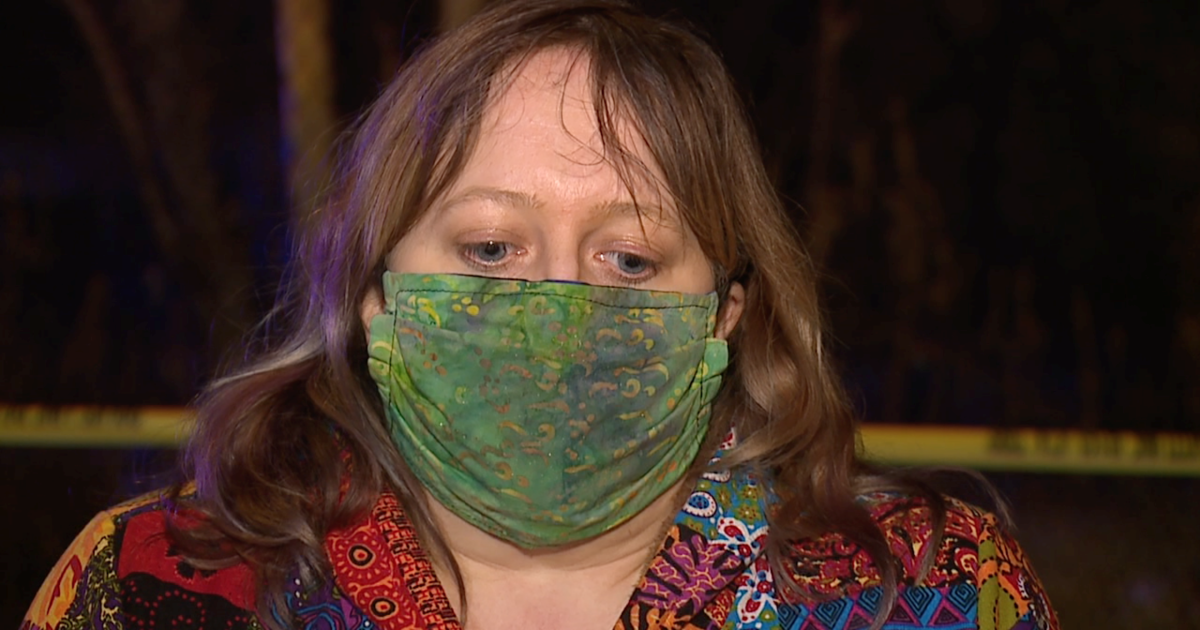 KANSAS CITY, Mo. — A volunteer with Free Hot Soup Kansas City, which provides meals and supplies to the homeless in Kansas City, Missouri, discovered a man dead inside a vacant building Sunday night.

“When somebody dies, it traumatizes the whole community because they know that it can be them tomorrow,” Alina Heart, that volunteer with Free Hot Soup Kansas City, said.

Heart didn’t think twice when a someone asked her to check on a man staying at the vacant building near East 54th Street and Prospect Avenue, but she was too late.

“It appeared that they were trying to stay warm without any shelter,” Heart said, “and it appeared — I’m not sure, but it appeared like they suffered from the cold.”

As Kansas City, Missouri, police look into how the man died, his death surprised Daniel Thomas, a groundskeeper at the Holiday Motel across the street, who saw the man often.

“We thought he had gone into a shelter or something and here we see that he passed away over here,” Thomas said.

It is the second homeless person Heart knows who has died in the elements during this holiday weekend. On Friday, another homeless man, 41-year-old Scott Eicke, who people knew as “Sixx,” died at East 24th and Woodland Avenue.

“It’s hard to even understand how this can happen in a city that has so much going for it,” Heart said. “That, you know, these people are just so forgotten.”

In a tweet Sunday, Kansas City Missouri Mayor Quinton Lucas said: “I have heard much concerning challenges to those in our community experiencing homelessness. No one should be moved without having warm, replacement shelter to go to. We have invested significantly in our continuum of care for our houseless community, but clearly have more to do.”

I have heard much concerning challenges to those in our community experiencing homelessness. No one should be moved without having warm, replacement shelter to go to. We have invested significantly in our continuum of care for our houseless community, but clearly have more to do.

“It’s kind of sad to lose people that just need a place to stay,” Monica Batiste, who saw Eicke at meal lines, said.

Batiste is one of several dozens of people who have visited a warming center run by Street Medicine KC during the day.

The center is mobilized at its location at 1444 East Eighth Street whenever the temperature is 37 degrees or below.

Its founder, Jae Edgar Bennett, believes there are sustainable programs available to address the homeless crisis during the COVID-19 pandemic.

“It has to be a program to where those individually come there, ” Edgar Bennett said. “[It] can be transitional, kind of like a feeder school, moving up to better care, better housing.”

KCMO Third District-At-Large Councilmember Brandon Ellington has such an idea.

“It’d be a lot cheaper to create an enclave that is in close proximity to resources,” Ellington said.

He’s working on a proposal to set up homeless enclaves at three to four parks around KCMO.

Ellington is looking for a cosponsor for his proposal and expects to introduce it to council next week.

“Something needs to be done,” Heart said. “They can’t freeze to death. This is a horrible way to die.”

For jurisdictions that utilize the Greater Kansas City Crime Stoppers Tips Hotline, anonymous tips can be made by calling 816-474-TIPS (8477), submitting the tip online or through the free mobile app at P3Tips.com.