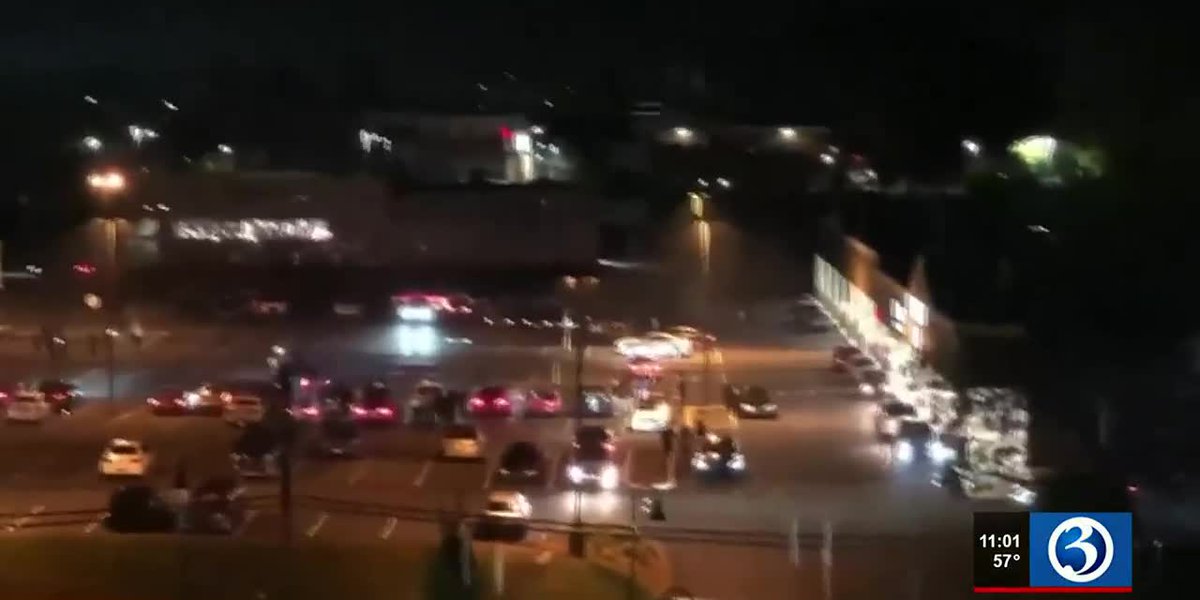 
WETHERSFIELD, CT (WFSB) – Reckless drivers have become a problem in Wethersfield, according to neighbors.

Channel 3 obtained video from a viewer that showed drivers in the parking lot of HomeGoods on the Silas Deane Highway, speeding, and doing doughnuts and burnouts.

According to the Wethersfield Police Department, officers responded to a reported “erratic operation of multiple vehicles.”

Eyewitnesses at the scene said there were at least 50 people gathered around cars as the drivers did donuts in the lot.

“I mean, it was loud,” said Christian Reilly, one of the eyewitnesses.

Reilly said he and his wife were woken up by the noise of tires screeching and engines popping at 11:30 p.m. on Saturday.

“When they rev up the engine, I guess it makes a popping noise and it sounds like a blast, almost like a gunshot or firecracker,” he said.

It wasn’t the first time Wethersfield residents reported such activity. On Sept. 24, the intersection of Jordan Lane and Walcott Hill Road was the meeting point for another group, similar to the one that gathered outside of HomeGoods. There were dozens of cars and people that caused disturbances in that neighborhood.

“The perpetrators were so brazen about being out here as if there is lawlessness in this town,” Reilly said.

There has been fear with residents that if this issue isn’t addressed, it could escalate into something worse.

“Maybe this won’t get taken seriously until somebody actually gets hurt or even killed,” Reilly said.

Reilly sent an email to his state representative in hopes that officials and the community will take the incidents more seriously, but he said he needs the community’s help.

In the video, the crowd dispersed when officers arrived. It was unclear if any arrests were made.

“We need to come together as a community and make this stop,” Reilly said.

Channel 3 reached out to Wethersfield Mayor Michael Rell. Rell said he hadn’t heard of the situation and had no comment.