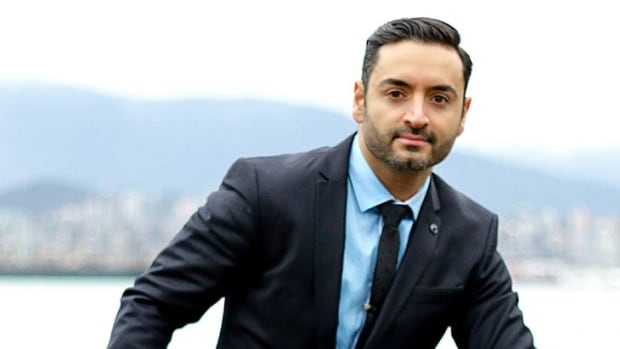 A B.C. relationship coach who admitted to assaulting his then-partner on two occasions is set to walk away without a criminal record, after receiving a sentence the victim describes as a “complete failure” for the justice system.

Former chiropractor Nima Rahmany pleaded guilty in Vancouver provincial court last month to two counts of assault and received a one-year conditional discharge, telling the court his violence was the result of being “triggered” by his victim, Amanda Kroetsch.

In handing down the sentence, Judge Ellen Gordon said Rahmany was remorseful with a “very deep understanding” of why he committed the assaults.

The conditional discharge means if Rahmany keeps the peace and is of good behaviour for the next 12 months, no conviction will be entered on his record.

For Kroetsch, the sentence felt like a slap in the face.

“I was floored. I had been coached to manage my expectations, but I was not prepared for there to be no criminal record eventually, as if this never happened,” she told CBC News.

“I don’t really have the words to describe the culmination of that whole experience, other than it was a complete and utter failure.”

Rahmany had been charged with assaulting Kroetsch in five separate incidents over a period of nearly two years, including one charge of assault causing bodily harm, but the remaining charges were stayed when he pleaded guilty.

“It’s astounding, actually, to see that this judge would agree that there would be some excuse for violence,” MacDougall said.

“It just gives us pause over and over again about to what extent the legal system can be useful for any victim.”

Haley Hrymak, a research and community outreach lawyer at Rise Women’s Legal Centre, said abusers frequently try to “mutualize” responsibility for their violence, shifting the blame to the victim.

“I understand from his statement that he believes that his two physical assaults of the victim were at least partly her fault. That isn’t remorse, and we certainly don’t want a legal system that validates that type of sexist logic,” she said in an email.

But Hrymak also noted that conditional discharges are common in cases where the assailant pleads guilty and doesn’t have a previous record.

Attacker claims ‘all my charges were dropped’

Rahmany, who once promoted himself as “the rapping chiropractor” resigned his chiropractic licence last year while the police investigation was underway.

According to his website, he now coaches “people who are stuck in toxic relationships.” Unlike chiropractors, life coaches are not regulated in B.C., so he no longer has a professional college to consider disciplinary action.

He declined an interview for this story, saying it wouldn’t be appropriate while he and Kroetsch are involved in family court proceedings. He has, however, addressed the criminal proceedings in posts on social media, saying, incorrectly, that “all my charges were dropped today.”

He framed his guilty pleas as “[taking] ownership for my part in a Trauma Bond dynamic that to this day, I’m still trying to break free from.”

According to the court transcript, the first assault Rahmany pleaded guilty to happened on June 15, 2017, when he shoved Kroetsch with both hands, causing her to fall and hit her head on a piece of furniture.

The second was on March 11, 2018, when he grabbed Kroetsch, threw her to the floor, and hit her on the side of the head.

In a tearful recorded victim impact statement played for the court that has now been made public, Kroetsch described the lasting effects of the attacks, including complex post-traumatic stress disorder, suicidal thoughts, insomnia and an inability to do basic tasks like laundry and driving.

“I don’t recognize or know myself anymore or the life I now live and I am not confident that I will ever get my life or me back,” Kroetsch told the court.

However, because Rahmany’s charge of assault causing bodily harm was stayed, Kroetsch said she couldn’t tell the judge about the brain injury she suffered as an alleged result of the attacks, a circumstance that left her “furious.”

‘No such thing as bad things’

Kroetsch said she met Rahmany through their mutual admiration of John Demartini, an American public speaker featured in the self-help movie The Secret, which espouses the pseudoscientific theory that positive thinking attracts positive things.

Demartini teaches that even the most negative actions and events have an equal share of benefits and drawbacks.

“We’re taught that there’s no such thing as bad things,” Kroetsch said. “There is no exception to the rule whatsoever, whether it’s a broken toe or rape.”

She has since left that world behind, but during their approximately four-year relationship, Kroetsch and Rahmany operated a business together, coaching clients on the Demartini philosophy.

She said when the violence began early in the relationship, her beliefs taught her she was attracting the abuse in some way. After each assault, she and Rahmany would “do the work” to determine why it had happened and how they could be grateful, she said.

It was only after mentioning the assaults to a friend outside the subculture and hearing her shocked reaction that Kroetsch decided to go to the police.

Rahmany pleaded guilty before trial, so the sentencing hearing was Kroetsch’s only real chance to hear the assaults addressed in court.

She participated in the hearing by video and said she kept waiting for the judge to ask Rahmany how he had taken accountability for his actions or tried to make restitution to his victim, but it never happened.

“It was heartbreaking, actually,” she said.

When asked why he assaulted Kroetsch, Rahmany said it was because of “toxic shame” and that she triggered his “childhood wounding” by starting arguments.

“She triggered me by saying other people are talking about you. And my biggest trigger was, oh, what are people going to think about me? It was this little toxic dance that we were both playing, kind of like Johnny Depp and Amber Heard, very similar,” he said, according to the transcript.

Earlier in the hearing, Gordon noted that Rahmany had attended anger management sessions in April and May 2018, which she described as “remarkable” and a sign of how distressed he was about his actions.

Gordon did not mention that Rahmany was also charged with assaulting Kroetsch after completing anger management, in December 2018. That charge was stayed because of his plea deal.

Gordon also praised Rahmany’s educational background and his family, describing them as former refugees who “certainly seem to love Canada” and noting they belong to the Baha’i religion, which she called a “faith of peace.”

MacDougall of Battered Women’s Support Services said she was struck by how many assumptions the judge made about Rahmany’s character based on his family and education.

“Those assumptions then became reasons that formed the basis … to give a very, very reduced sentence,” MacDougall said.

Kroetsch wrote to Crown counsel to ask for an appeal of the sentence, but her request was denied.

The outcome has left her wondering whether it was worthwhile to report the assaults at all.

She said she believes it’s important to file police reports to contribute to accurate statistics about domestic violence, but she’s not sure whether she’d advise anyone in her situation to do the same.

“Participating in the criminal justice system and doing what I thought was the right thing delayed my healing by years,” she said.

“If your main focus is getting back on your feet, it’s a complete waste of time. Not just a waste of time — it’s actually damaging.”