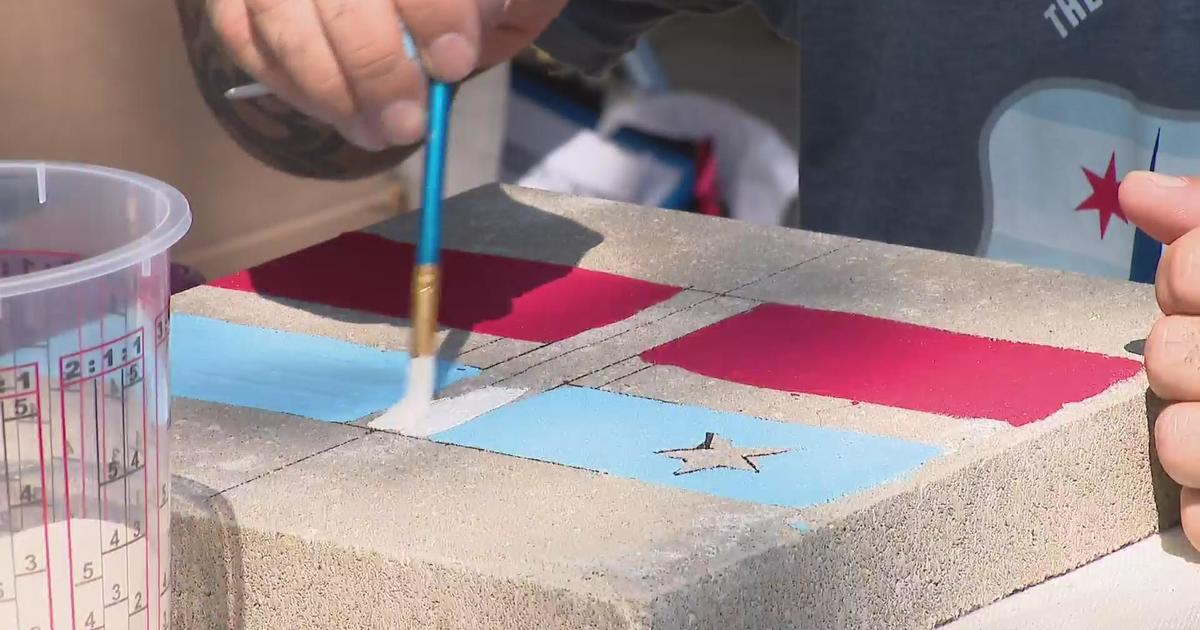 Veterans from around the U.S. help to beautify Chicago neighborhoods


CHICAGO (CBS) – Dozens of veterans from as far as Puerto Rico and Seattle have come together in Chicago, hoping to give back.

It’s called “Operation Chi-Town Salute” and it’s bringing gardens, fresh paint and some clean up to parts of Englewood and Little Village.

The organization “The Mission Continues” said they pick a city to help every year, and this year they brought their mission to Chicago.

CBS 2’s Jim Williams looked into how one block was getting a facelift.

“It may look to the observer like a small project, but the impact is enormous,” said Mary Beth Bruggeman, president of The Mission Continues.

Last week, 75 veterans traveled from all over the country on a mission to bring beauty to Englewood and Little Village.

Army veteran Frankie Perez traveled all the way from Puerto Rico. He said when he returned from Iraq, he felt lost, even once attempted suicide. But then, he found his purpose.

“We lost 20 to 22 veterans a day committing suicide, thinking that life, it’s over,” Perez said. “No, it’s not. You have to come over, give back, and love these people; bring the communities up.”

For the last four days, the group has been working around the clock on what they call a “mass deployment,” planting a new garden, painting, building, and reviving a stretch of the neighborhood.

“I love that I was trusted with a lot of responsibility, and coming from the military, you’re kind of used to that,” said Nestor Zavala, a veteran and platoon leader for The Mission Continues.

Melvin Bridgmon lives in the area, and said projects like this make him want to stay.

Even though the mission in Chicago is almost complete, local volunteers plan to maintain the space.

“I don’t ever see a project or community as complete,” said Zavala. “I look for the next thing that we can compliment.”

To make sure residents like Melvin know they’re worth investing in.

All those painted tiles will be on display in the new garden to add some color as pavers.

Jim Williams, a native Chicagoan, is a general assignment reporter for CBS2. He also anchors the station’s weekend evening newscasts, and he is the producer/host of the documentary series “Stories 2 Tell.”

Hyundai’s Kona does the job in the city