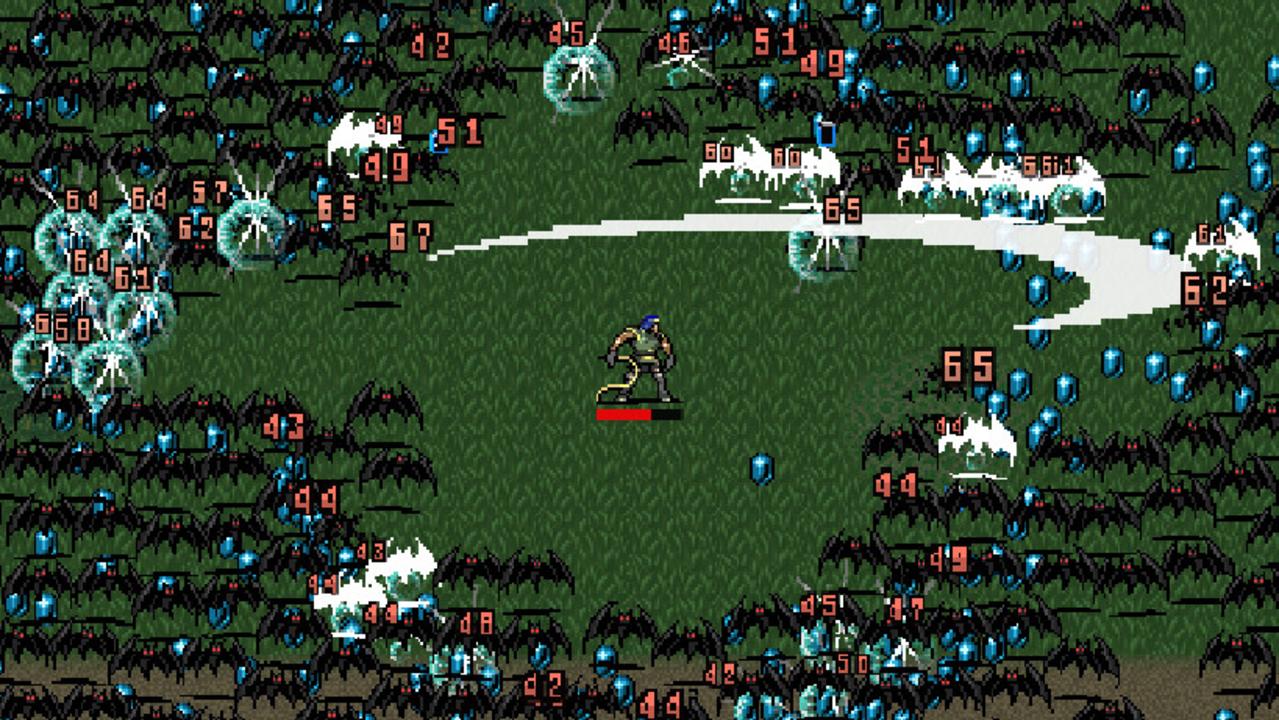 A highly addictive $4 game has become a surprise hit online, rocketing into the most played charts since release – and its creator has revealed why.

A highly addictive $4 game has become a surprise hit online, rocketing into the most played charts since its release two months ago.

Vampire Survivors, which launched in early access on Steam in December for $US3 ($4), currently sits in the top 20 most played games on the PC platform and peaked at 77,000 concurrent players, according to SteamDB.

That puts it in the same company as long-time juggernauts Team Fortress 2 and Grand Theft Auto V, as well as new triple-A releases including Dying Light 2 and Total War: Warhammer III.

It has also proven popular on streaming platform Twitch, attracting thousands of viewers at a time.

The retro-style, pixel graphics survival game puts players in control of a character who they must move around the screen, slaying hordes of monsters and avoiding damage while collecting coins, powerups and flashy magical weapons.

The only controls are up, down, left and right, as the character attacks automatically.

Inevitably the chaos grows and overwhelms the player. After they die, they can use coins collected to buy upgrades for the next try.

“I should be playing God of War, but instead I’m playing this. I started playing Vampire Survivors as a breather in between the more serious game that is GOTY material. Yet somehow I just can’t stop playing this very addicting title that’s only $3 USD.”

Another wrote, “If heroin was a video game!”

Luca Galante, the game’s developer, has revealed that the game’s addictive nature is no accident.

Mr Galante previously worked as a software developer in the gambling industry, and used the same techniques to create a more traditional game. He said the sensory barrage of colours and sounds was intended to be reminiscent of a casino.

“Slot games are very simple – all the player has to do is press one button, and the game designers have to find a way to push the player to press that button,” he told tech websiteThe Verge last week.

“(The player) is actually spending money every time they press it, and because of that, there’s a huge attention to detail on the sounds, the animations, and the sequences, because you have so few elements to work with. Basically, (the designers) try to maximise the importance and impact those elements have on the player. I just absorbed that knowledge basically just by being in the industry. And so when making a game, I have automatically applied it to what (I’ve been) doing.”

Mr Galante said he started working on the game in December 2020 while he was unemployed.

He started a new job in January this year, but the huge success of Vampire Survivors meant he was able to leave after just a week.

The game is expected to be in early access for about a year before a full launch at a higher price.