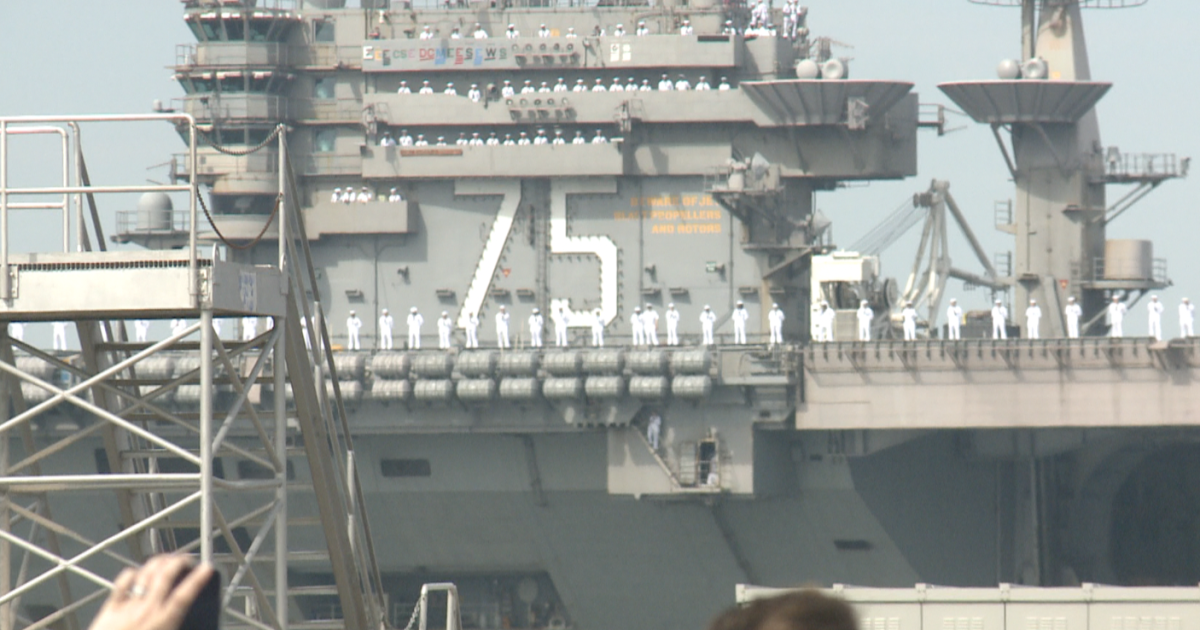 During deployment, the carrier and its Strike Group were stationed along the Mediterranean Sea and partnered with NATO Nations.

The deployment lasted longer than initially anticipated after the Dept. of Defense extended the deployment twice amid Russia’s invasion of Ukraine.

“Both of the extensions were necessary in order to show our commitment and resolve to NATO in order to have our forces in the best position to deter further Russian aggression,” said Rear Adm. Paul Spedero, Commander of Carrier Strike Group Eight.

The invasion also changed the group’s mission. “Once Russia’s invasion of Ukraine occurred, the mission changed in that we conducted enhanced vigilance activities and air policing,” said Spedero.

The group also made 13 port visits and spent 286 days underway. “The accomplishments of our Sailors helped reinvigorate the foundation of our interoperability with our European NATO partners and allies,” said Capt. Gavin Duff, the Commanding Officer of the Truman.

Monday’s homecoming was at times emotional with some Sailors meeting their children for the first time and families reuniting after so long away.

“It was definitely a long deployment, so it’s very fulfilling to be home,” said Aviation Electronics Technician Aaron Calicut, who reunited with his wife Nia. “It was surreal, but good – much needed after this deployment,” said Nia.

The Truman first appeared on the horizon at about 10 this morning and then it took about two hours for Sailors to be able leave it.

“This is the first deployment, so it’s been rough, especially with the baby, but we’re glad they’re coming home finally,” said Lyna Meaks, who was waiting for her husband.

Others were making time to reconnect with their loved ones upon returning home. “I’m just going to catch up with my wife and enjoy our new home,” said Aaron Calicut.