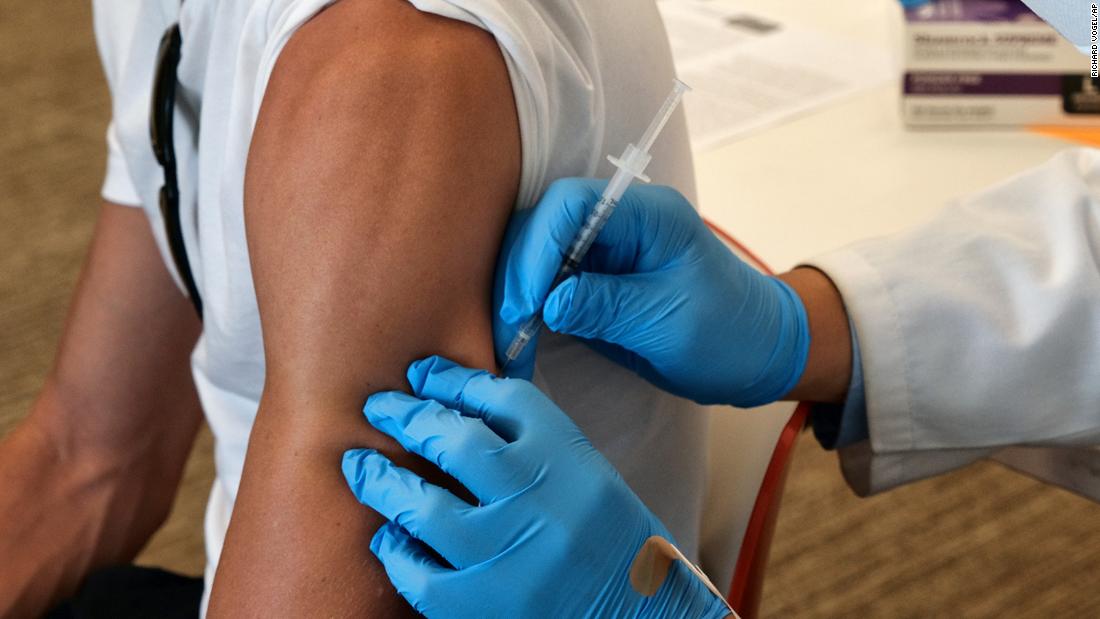 US lacks data on who’s gotten the monkeypox vaccine

But despite a growing supply of the Jynneos vaccine — and a new strategy that could stretch the current supply five times further — there is still no evidence that protection is reaching those most at risk.

“If you think about the reality that there’s a limited amount of vaccinations available, you really want to understand which groups to go after first,” said Dr. Stella Safo, an HIV primary care physician and founder of the advocacy group Just Equity for Health.

“That is the equity lens — that we’re not all experiencing diseases and different social determinants of health equally. So therefore, the treatments and the available resources should also target those who need them the most.”

A detailed analysis of monkeypox case records published by the US Centers for Disease Control and Prevention this month offered new insight into which populations are disproportionately affected in the outbreak, including Black and Hispanic people.

But there is still no nationwide look at who’s received the vaccine, and the limited state-level data that has been made available isn’t promising.

According to CDC data, more than half of monkeypox cases nationwide have been among Hispanic (28%) or Black people (26%), who make up only about a third of the general population.

In North Carolina, the disparity is even worse. More than 70% of cases have been among Black people, but only about a quarter (26%) of vaccines have gone to Black people in the state, according to data published on the state health department’s website.

And in Colorado, less than 15% of monkeypox vaccines have gone to Black or Hispanic people, according to data that the state health department shared with CNN last week.

“It’s no surprise that there are inequities in who’s getting vaccinated compared to who’s being diagnosed with monkeypox,” said Dr. Oni Blackstock, a primary care and HIV physician and founder of the consulting firm Health Justice. “So we can presume that these aren’t isolated cases. These inequities likely exist throughout the US and really need to be addressed, especially if we want to get control of this this current outbreak.”

The public health response has been criticized during the monkeypox outbreak in the US, with blame bouncing between the federal government and states.

US Department of Health and Human Services Secretary Xavier Becerra said last month that the federal government is prepared to respond but needs more help from local governments.

“We need the states, the local public health directors to feed us data so we know. Not only so we have a sense of how — what kind of volume, but to know how to concentrate the help that we can provide,” he said. “We need to have more cooperation from the locals to get the information we need.”

As of last week, 54 of 61 jurisdictions had signed it.

But when CNN reached out to all 50 states for demographic details about who had received the monkeypox vaccine, most didn’t respond at all. Among those that did, most said that the data was not ready to be released, citing privacy concerns because of the small number of people who have been vaccinated or a delay in processing the demographic data.

The lack of data around who has received the monkeypox vaccine has drawn attention from political leaders, too.

Last week, US Rep. Ritchie Torres sent letters to local leaders in his home state of New York as well as HHS and the CDC, calling for the public release of demographic data on monkeypox vaccinations.

“History tells us that we cannot trust the public health system to automatically serve the needs of the underserved: there should and must be transparency and accountability, and the public reporting of demographic data is critical to both,” he wrote.

On Monday, eight DC councilmembers sent a letter to the local health department requesting more data on vaccinations to ensure equitable vaccination. They specifically request more information to show how the district is “applying lessons learned during COVID about communicating and distributing vaccines to the monkeypox situation.”

To Blackstock, monkeypox is a “replay” of what happened with Covid-19 — but worse.

“Again, marginalized groups, vulnerable groups being impacted, and very little sense of urgency in terms of getting resources to the communities that need them the most,” she said. “Monkeypox is even further stigmatized with gay, bisexual and other men who have sex with men, and then the intersections of that with Black and Latino men being most impacted.”

In a statement Monday touting additional vaccine available supply made available to states, Becerra emphasized the need for coordination and collaboration.

“We will continue working with our state partners to ensure equitable and fair distribution of these vaccine doses to protect those most at risk and limit the spread of the virus,” he said.

Experts say that generally — but especially with the sensitive nature of the current monkeypox outbreak — it’s critical to work closely with the communities that are most affected.

The Washington, DC health department told CNN that there was an “increase in high risk individuals who obtained the vaccine, especially in the Black community, when reducing the specificity of data being collected.”

That speaks to a historic distrust of health care but also a “contemporary distrust” made worse in the wake of the Supreme Court’s overturn of Roe v. Wade, Safo said.

“People don’t trust that these data that are collected won’t be used in a way that negatively impacts them. Yet, from a public health perspective, we do need these data to be able to understand how to target resources,” she said.

“It goes back to the reality that we need people from these communities to be at the design table when we’re thinking about how we’re collecting data, how we’re rolling out vaccines, how we’re talking about these conditions.”