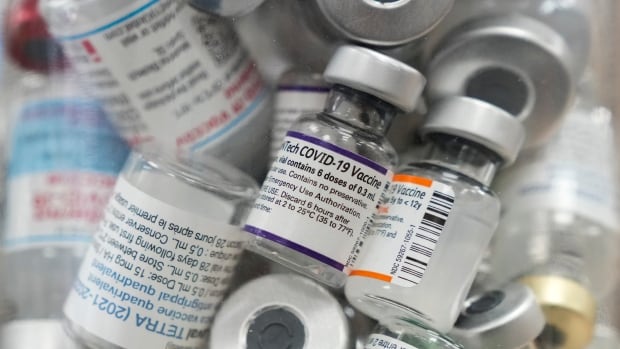 
An Alberta woman who needs an organ transplant to survive but refuses to be vaccinated against COVID-19 has turned to the province’s highest court, with the aim of being put back on the transplant list.

Alberta transplant doctors have made getting the vaccine mandatory for eligibility, but Annette Lewis refuses to get a COVID-19 vaccination.

In July, Court of King’s Bench Justice Paul Belzil ruled that Lewis’s charter rights were not violated by the mandatory vaccination requirement.

He ruled that the charter does not apply to clinical treatment decisions and cannot be used for doctors establishing criteria for organ transplantation.

There is a court-ordered publication ban on identifying the specific organ Lewis needs to have replaced, along with the names of the doctors and the location and name of the hospital.

“We are here today to ask you to not only overturn the lower court’s decision… but to step in and right a wrong that is taking place in this province,” Pejovic said. “You will be asked to make sure the government stops overstepping its bounds.”

The lawyer with the Justice Centre for Constitutional Freedoms described COVID vaccines as “experimental” and “unproven.”

Lawyers for the doctors, the hospital and Alberta Health Services vigorously disputed those claims.

“There’s no need for the court to wade in on the safety and efficacy of vaccines,” Daniel Morrow told the court. “This is a decision [the doctors[ made for the patients in the program as a whole. There’s no question the decision is sound from a medical perspective.”

Morrow said that the physicians saw the impact of the pandemic first-hand, pointing to a near 40 per cent death rate in transplant patients who contracted COVID-19 before vaccines were available.

The lawyer representing the physicians pointed to the shortage of available organs and said a clinical team decides placement on the list based on who is most in need and who has the best prospects for short and long-term survival.

He asked the judges to reject Lewis’s application in its entirety.

Lewis’s lawyer said her client was informed in June 2021 that she had to be vaccinated in order to remain on the transplant list. Pejovic said that forced Lewis to make an agonizing decision.

“It has caused me incredible stress and sorrow,” Lewis wrote in a sworn affidavit.

“I went back and forth with this decision because I do not want to die. I came close to getting a vaccine I did not want. I felt under tremendous duress because of my wish to live, but my conscience always stopped me from taking it in the end.”

Pejovic insisted her client is not “a right-wing extremist” or “an anti-vaxxer.”

“At least she had a chance with the transplant,” Pejovic said. “The respondents are depriving her of that now and their actions will lead to her death.”

The lawyer representing Alberta Health Services and the unnamed hospital rejected the notion that her clients had imposed a death sentence on Lewis.

“This is not an issue of forced vaccination,” Alisha Hurley said. “She’s free to turn it down and she has done so. What the charter doesn’t do is protect her from the potential consequences of that decision.”

The three appeal court justices reserved their decision, but promised to deliver a written judgment “as soon as humanly possible.”