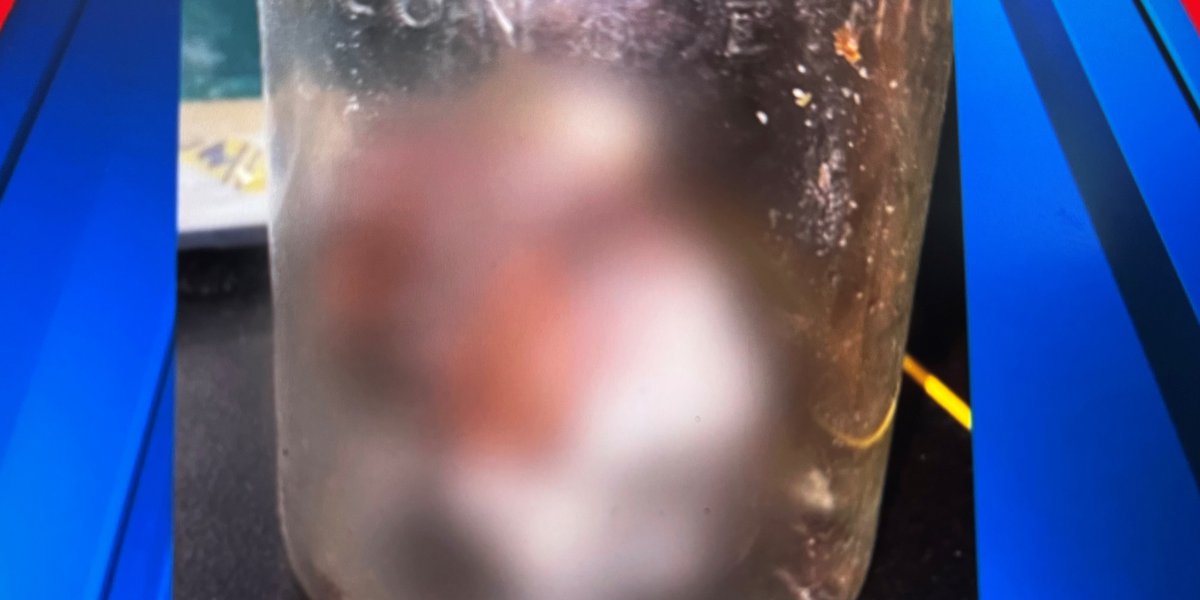 
ROBERTSDALE, Ala. (WALA) – In a disturbing story which spans both sides of Mobile Bay, a Baldwin County woman found cremated human remains and a fetus in a jar after purchasing a storage unit in an online auction. It wasn’t until she got the boxes home from Mobile and began going through them that she made the bizarre discovery.

Rebekah McManus said this is the first time she’s ever bid on a storage unit. She had already purchased the contents of one storage unit in Mobile when the owner of the facility offered her a second one when the unit’s high bidder didn’t show. It’s in that unit, several boxes containing the remains were found.

McManus didn’t know it until she’d brought everything home from Mobile. Finding the ashes was disturbing enough. Then, she opened another box.

“I found a fetus in a jar,” McManus said. “The jar was supposed to be…it wasn’t a specimen jar or anything. It was supposed to be for sutures for an autopsy I suppose. I’m not sure what happened with that or where they were going with it or why he was in there, but I thought it was a heart when I opened it and lifted it up initially and it was not a heart. I freaked out a little.”

McManus said she initially contacted the Mobile County Sheriff’s Office. They directed her to call Robertsdale Police to take possession of the fetus.

“It was definitely not something we expected to deal with, or you know…it was hard to believe what we were being told and obviously later, what we saw,” recalled Lt. Paul Overstreet with Robertsdale Police.

Overstreet said Robertsdale PD opened an investigation as they would with the discovery of any deceased person, with the hopes of ruling out foul play or any criminal element. The remains have been taken to the Alabama Department of Forensic Sciences in Mobile.

Meanwhile, McManus has taken on the task of tracking down 13 families. The cremated remains are labeled by various third-party crematories, giving her a place to start.

“The first couple of families I reached out to, they uh…it was miscommunication,” McManus said. “Somebody thought somebody else picked them up and they never did so they were very happy to get them back and have them in their hands. The others were really surprised because they were not expecting that phone call at all.”

Some of the remains date back a few years while others are closer to two decades old. McManus gave us the names and death dates of five people whose families she’s still trying to track down:

If you know how to reach any of the families, you’re asked to email Rebekah McManus at cookiem1987@gmail.com and be sure to write the name of the loved one in the subject line.

While the name of the business hasn’t been released, McManus said the storage unit belonged to a funeral service in Mobile which is no longer in business.

SpaceX books another ride for a millionaire around the moon