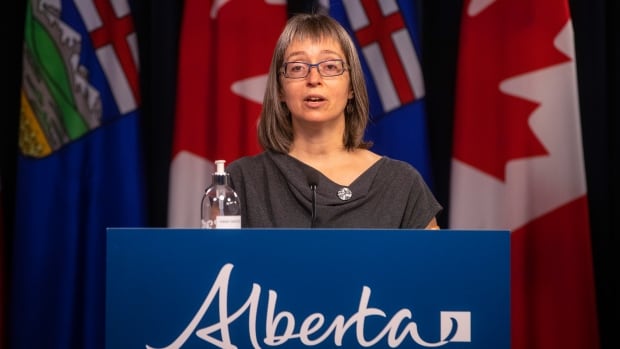 
An Alberta judge has ruled the February order lifting the requirement for schoolchildren to mask was “unreasonable” because it was ultimately made by cabinet and not the chief medical officer of health (CMOH), which is a breach of the Public Health Act.

The families of five immunocompromised children as well as the Alberta Federation of Labour (AFL) sought a review of the Feb. 8 decision to lift school mask mandates, which was made during a cabinet meeting.

Court of King’s Bench Justice Grant Dunlop agreed with the applicants that he should issue a declaration “for the benefit of the chief medical officer of health and other medical officers of health in considering future public health orders.”

“The order was unreasonable because it was based on an interpretation of the Public Health Act as giving final authority over public health orders to elected officials,” wrote Dunlop.

The judge also found a statement by Education Minister Adriana LaGrange did not prohibit school boards from imposing their own mask rules, which caused “widespread misunderstanding of the legal effect” of her words.

“While Minister LaGrange’s statement on its face appears to prohibit school boards from imposing mask mandates, it does not do so, because the minister can only do that through a regulation, and the statement was not a regulation,” wrote Dunlop in his 28-page decision issued Thursday.

Dr. Deena Hinshaw, Alberta’s chief medical officer of health, presented a range of options to cabinet as the number of infections was falling.

The application argues the abrupt end of the masking mandate infringed on the charter rights of immunocompromised children, who were forced to choose between their education and their health.

Instead, he issued a “declaration” that the CMOH order “is unreasonable and that Minister LaGrange’s statement did not prohibit school boards from imposing mask mandates.”

In August, the applicants’ lawyers, Sharon Roberts and Orlagh O’Kelly, argued Hinshaw abdicated her authority to cabinet and failed to meet her obligation to protect medically vulnerable schoolchildren.

They said the decision to remove mask mandates in Alberta schools was not consistent with public health advice and instead was made by government officials for political reasons, including “quelling protests” that were taking place at the Coutts border crossing.

Lawyers for the Alberta government argued the order was made “in good faith, using best judgment based on information available at the time,” said Gary Zimmermann.

Zimmermann said students, guided by their parents, were allowed to make their own decisions regarding mask use.

The applicants’ legal team argued the children at the centre of this court case suffered segregation, alienation and bullying as a result of having to stay home from school or, in other cases, because they were the only ones at their schools who wore masks.

All remaining public health orders were removed on June 30, 2022.

People of color less likely to receive Paxlovid and other Covid-19 treatments, according to CDC study

Organ donations rise throughout main bike rallies as a result of crashes, examine…