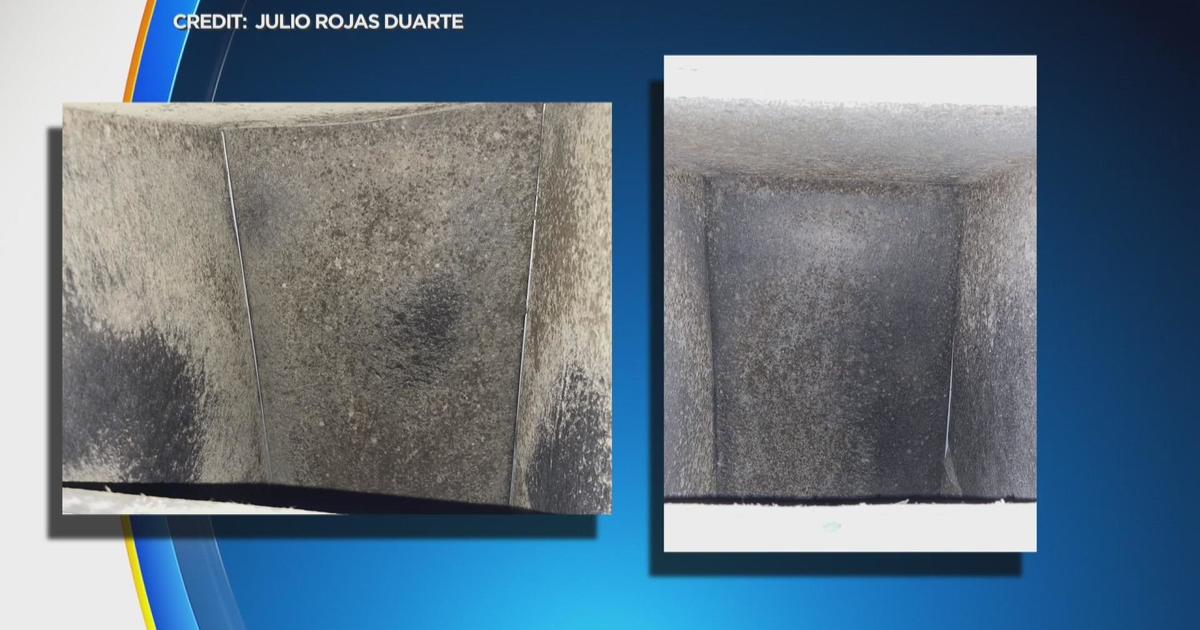 
MINNEAPOLIS — The University of Minnesota confirmed it collected samples of a “fungal growth” inside some air vents in one freshman dorm after students raised concerns about their health.

A spokesman said in a statement that the school’s department of environmental health and safety continued its inspections at 17th Avenue Residence Hall Wednesday and the student housing staff is “working directly with affected students on temporary relocation options.”

Natalie Heer, a freshman who lives in the dorm, heard rumors about potential mold from other residents in the building so it prompted her to check her vent.

“I was just astonished when I looked inside,” she said. “It looked like it hadn’t been cleaned since the building was built.”

Heer explained she had been feeling sick for weeks, and now is concerned that the air circulating her room is harming her health. She said she went to an eye clinic last week because of her “really red, watery, irritated eyes,” but physicians couldn’t determine a cause. Her illness has impacted her studies.

Then on Wednesday, Heer said she called the university’s nurse line, which allows students to call with health questions 24/7, and described her symptoms.

“[The nurse] said they were consistent with mold exposure and mold toxicity,” said Heer, who is planning to get a blood test. “It was definitely scary just because I don’t know a lot about the effects of what the mold can have on the body.”

The university said a full inspection report of the building will be released in the coming days.

Heer’s friend down the hall Julio Rojas said he also felt sick with similar symptoms—and found the same fungus inside his vent. He went back home to Eagan where a doctor treated him for an upper respiratory infection, he said, and after feeling sick again upon returning to campus, he went back to a clinic Wednesday afternoon.

“I’m kind of terrified because the doctor told me we should catch it at an early stage, because if it gets worse it can take a bad toll on my health,” he said.

The university is urging students in 17th Avenue Resident Hall who think they might have similar fungus in their rooms to contact student housing. In a statement, the university said “abatement work” will begin Thursday in affected areas, which includes deep cleaning and applying “a specialty paint on the fiberglass insulation that is designed to prevent future fungal growth.”

“Inspections will continue in any area requested by students, even if there is no visible growth,” a spokesman wrote in an email. “Once necessary remediation work is completed, additional spot checks will be conducted throughout the building.”

Roommates Sydney Schomaker and Caroline Nelson checked their vents and they were clear, but said they have friends whose vents are infected and are feeling sick. Nelson is fearful because of her asthma.

“It’s been now a week of people finding it and we haven’t heard much about it, which is kind of concerning” she said. “It’s more a health issue now. We’re just scared.”

The dorm was built in 2013 and houses 600 first-year students. The semester fees to live there are more expensive than costs more than other residence halls, according to student housing’s website.

Caroline Cummings is an Emmy-winning reporter with a passion for covering politics, public policy and government. She is thrilled to join the WCCO team.

Covid-19 boosters could prevent about 90,000 US deaths this winter, but only if more people get them, analysis suggests