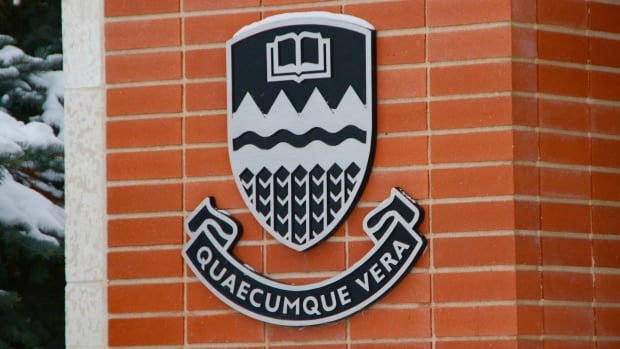 
Academics at the University of Alberta are aiming to help protect digital data in Ukraine under threat because of the war.

Director Natalia Khanenko-Friesen said the Ukraine Archives Rescue Team came as a result of brainstorming on how to assist colleagues in areas afflicted by the devastation of the Russian invasion.

“In particular, we’re very concerned for our colleagues and for their work, which they have been pursuing in the south of Ukraine in the eastern part of Ukraine, where we have seen the advancement of the Russian military the most.”

Khanenko-Friesen said she’s heard reports of archives and museums being destroyed or vandalized.

The digital storage is available to scholars and institutions of all disciplines, although Khanenko-Friesen said there is an important cultural dimension to the initiative.

Russian President Vladimir Putin, in the lead-up to the invasion, presented a false narrative that Ukraine was not a true nation but an artificial creation carved from Russia by its enemies.

“We are indeed pursuing this initiative out of the fear that we may have not just the collections lost, but we may see the extermination of cultural legacy and cultural heritage,” Khanenko-Friesen said.

The working group includes the CIUS and the Kule Folklore Centre at the U of A as well as other Canadian research institutions.

The institute is responding to the crisis in other ways, including a “Did You Know” information series aimed at answering basic questions about the conflict.

Khanenko-Friesen said it is also planning to launch a media monitoring and analysis initiative to combat disinformation.

Frank Sysyn is a professor of history and the director of the CIUS Toronto office. He said the work of digitizing and sharing data is crucial for future scholarship.

“We all think of Sarajevo, of the destruction of the wonderful library in Bosnia, and of the need later to try and recreate that library with anyone’s notes that were left,” he said.

Sysyn began his academic career in the 1970s, when the Soviet Union limited access to its archives. The emergence of more open post-Soviet states offered academics the chance to delve into information previously unavailable to them.

He said the Russian Federation and Ukraine have in the decades since diverged in their level of access. Ukraine’s “virtually totally open” archives are important not only for better studying the country but the wider region.

“This has been extremely important for developing the field of history, culture in new ways,” he said, adding that those who would previously have gone to Russian cities to study materials from the Soviet Union, including secret police files, now visit Ukraine or Baltic states.

Sysyn fears that if these archives fall under the control of Putin’s regime, important documents could once again be inaccessible or even destroyed.

“We’ve got to look ahead and make sure that this will be preserved, whatever happens.”

Russia’s military forces kept up their punishing campaign to capture the Ukrainian capital of Kyiv on Monday after an airstrike on a military base near the Polish border brought the war dangerously close to NATO’s doorstep.

A new round of talks between Russian and Ukrainian officials raised hopes that progress would be made in evacuating civilians and getting emergency supplies to besieged areas.

The talks were later put on hold Monday and were expected to resume Tuesday.