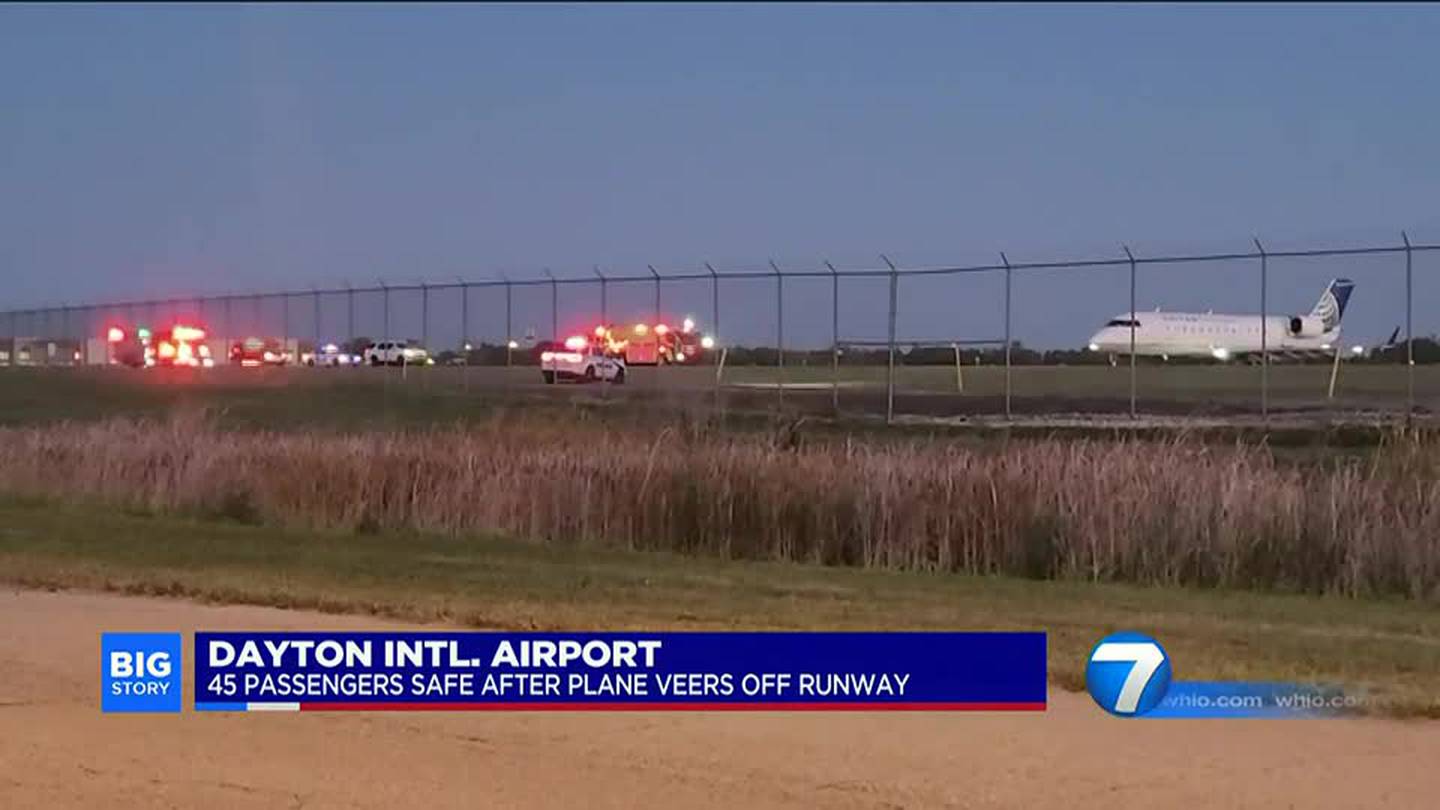 “You don’t see the grass, generally, from the windows,” one passenger, identified only as John, told News Center 7′s Haley Kosik. “Yeah, we were fine. It was over before anybody said anything.”

The pilot kept the wings off the ground, the passenger said, noting, “We did see that the other plane was pretty close to us when we were on the other runway but we were fine.”

The airport, which was closed briefly as fire and rescue crews checked the aircraft, has reopened.

There were 42 passengers, including three crew members, aboard the flight from Dulles International Airport in Virginia outside Washington, D.C., Hughes said.

The flight was scheduled to arrive in Dayton at 7:30 p.m., according to Flight Aware.

Several area fire and rescue crews were dispatched just after 7 p.m. on a report of an airplane crash at the airport, 3500 Terminal Drive, Vandalia.

According to police and fire radio dispatch, the jetliner ended up in grass after veering off Taxiway G at runway 24L, clipping several runway markers and lights along the way.

Fire and rescue crews reported no damage to the aircraft, according to those same radio dispatches. The aircraft was towed to the terminal, where the passengers disembarked.

The Federal Aviation Administration also will be part of the investigation.

We will continue to update this developing report as more information becomes available.