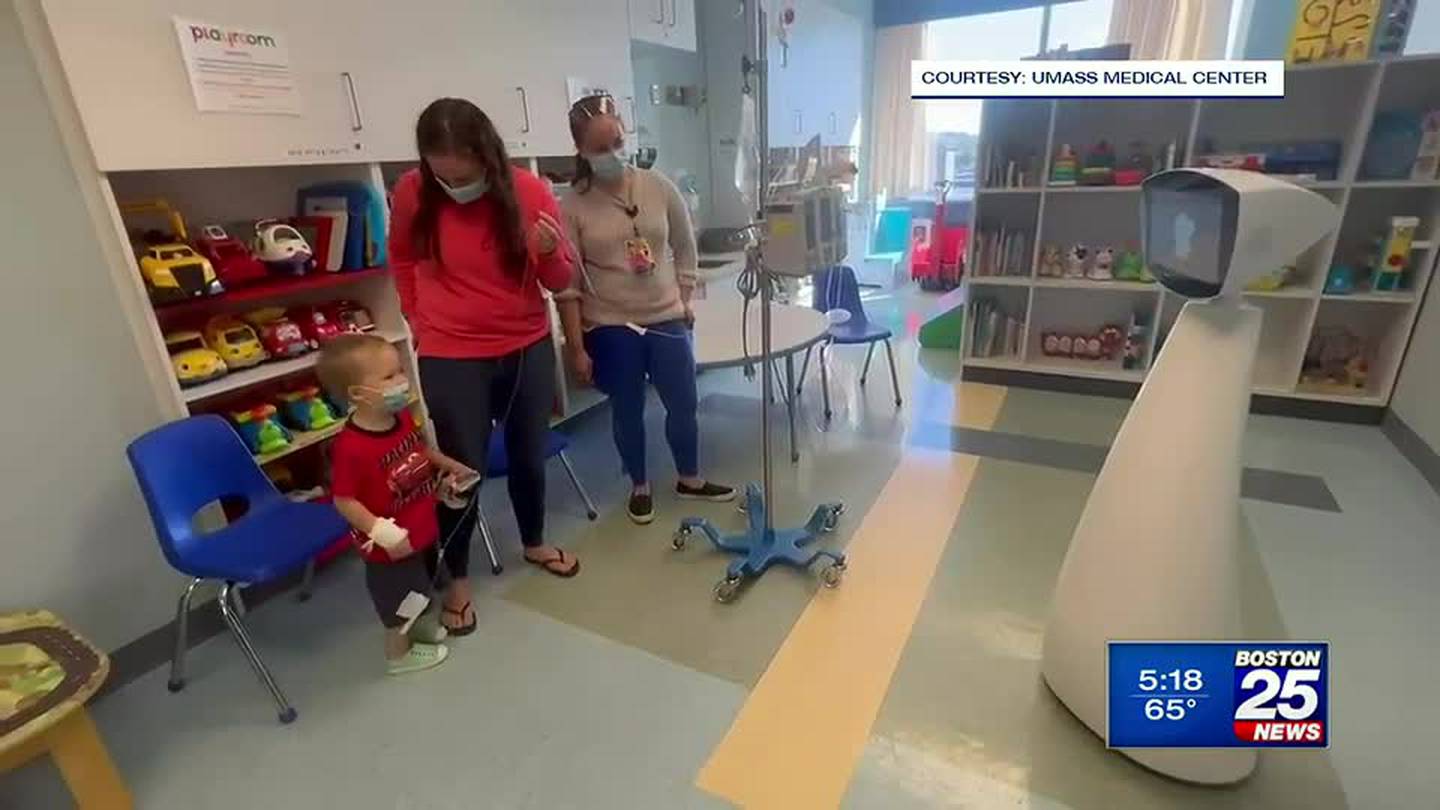 
WORCESTER, Mass. — It won’t take the place of humans. It’s not a substitute for the comfort of a therapy dog. But UMass Memorial Health’s Children’s Medical Center has high hopes for its newest staff member: Robin the Robot.

“Robin is an interactive robot that provides education, mindfulness and tools for games and fun and music,” said Kendra Frederick, Manager of the hospital’s Child Life Program. “My hope for Robin is to continue to create a fun and welcoming environment in pediatrics.”

“Fun” is not the first word many kids likely associate with admission to the pediatric unit — and the staff knows that.

“When kids are here they are nervous,” Frederick said. “They are anxious about what’s going to happen. There’s a lot of new faces, there’s a lot of equipment.”

To be sure, Robin the Robot is not just another piece of hospital equipment.

Time Magazine named the Armenian-developed robot as one of its “Best Inventions of 2021″ — citing its ability to calm children in hospitals and clinics. After catching wind of that citation, UMass Memorial began planning to bring Robin to the hospital. It was finally made possible by the institution’s innovation fund.

“Robin will be here for at least a year,” Frederick said. “We hope longer.”

Robin is outfitted with software that anticipates common kid questions but, unlike some devices, which require a constant name-prompt (as in ‘Alexa’), the robot’s facial recognition feature allows Robin to remember names — albeit for a short time. Still, this allows for genuine, though simple, interactions with kids.

“It doesn’t replace contact,” Frederick said. “But it’s a tool we can use for small periods of time.”

And while Robin may ease loneliness and alleviate fears — some research suggests deeper benefits are possible.

“Initial research for Robin the Robot actually showed decreased admission times and increased compliance in a medical setting for things like getting out of bed and taking a medication,” Frederick said.

Robin comes to UMass at a time when isolation in hospital settings is more common — because of contagious pathogens, such as COVID-19. The Worcester hospital is only the third children’s healthcare facility to acquire a Robin in the U.S. — and the first on the east coast.