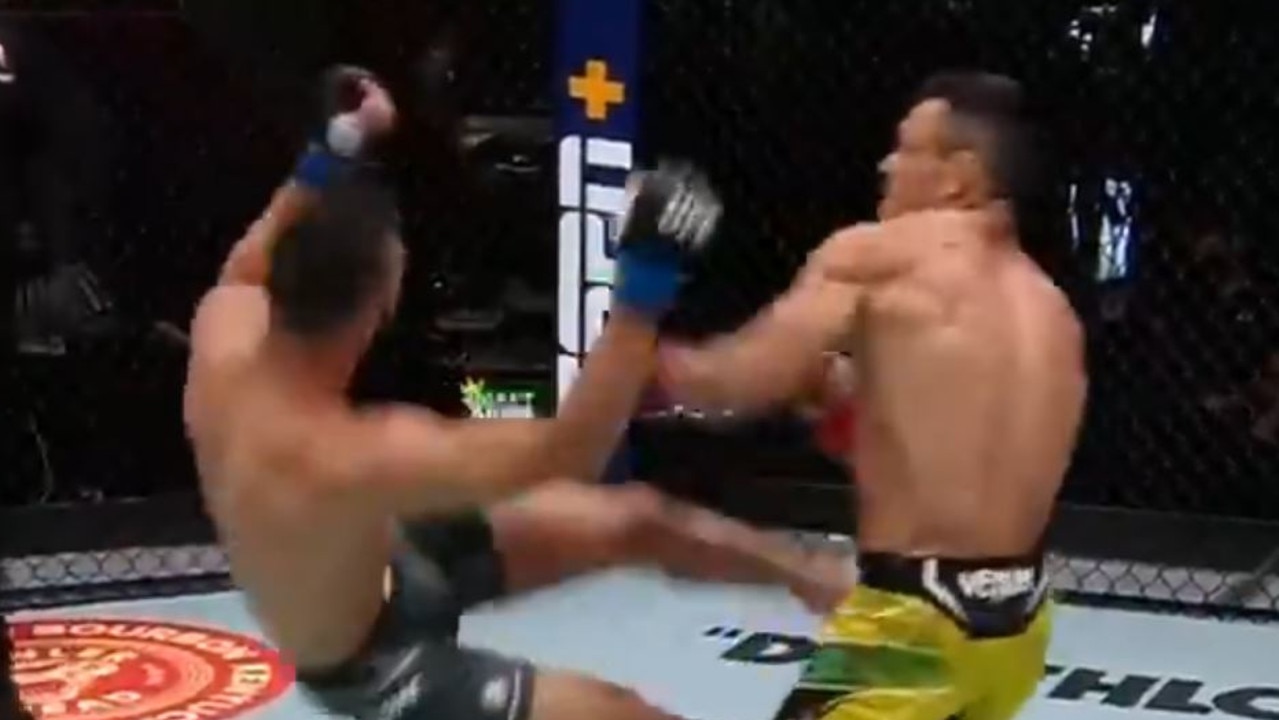 Fight fans could barely believe their eyes when they saw a UFC star sent airborne by his rival’s savage blow that quickly ended the bout.

The Brazilian landed a savage left hand as Pirrello attempted a leg kick in the first round, sending his rival into the air before tumbling down onto the canvas. Andrade pounced and dropped a couple of more punches but it was clear Pirrello’s day was over and the referee jumped in to call off the fight.

Andrade celebrated by doing two flips off the top of the Octagon — nearly collecting Pirrello, who lay on the ground being treated by medics, as he stumbled back after the second display of acrobatics.

UFC fans were in awe of the knockout blow and flocked to social media to say as much.

Robbie Glover tweeted: “Woah, that was an incredible KO.”

Combat sports journalist Simon Samano said: “Andrade knocked him off his feet and on his a** — literally. What a visual.”

There were plenty of other violent finishes on the undercard. Stephanie Edgar scored a second round TKO over Shanna Young while Jamie Mullarkey pulled off an impressive comeback to achieve the same result in his fight against Devonte Smith.