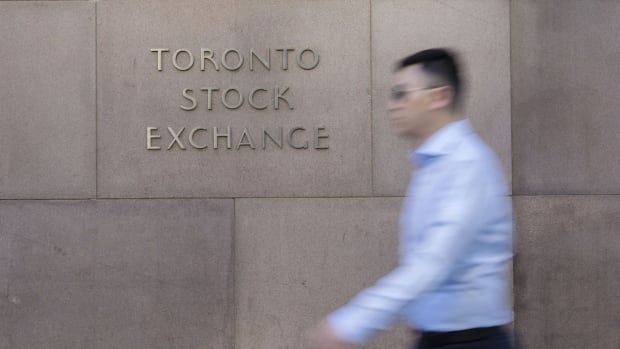 
Canada’s benchmark stock index dropped heavily on Friday as prospects of a global recession cause investors to sell first and ask questions later.

The S&P/TSX Composite Index was off by more than 500 points or more than three per cent to just below 18,500 in the afternoon, dragged down by a plunge in the price of oil.

The benchmark price of crude oil in North America lost $5 to trade below $80 for the first time since January. The catalyst for oil’s decline seems to have been central banks signaling this week that they are so committed to reining in inflation that they are willing to create a recession to achieve it.

The U.S. Federal Reserve hiked its benchmark interest rate on Wednesday, and nine other countries around the world followed suit the next day. That will help bring down inflation, but it will likely come at great cost to the economy.

“Clearly what they are saying is they are so determined to bring inflation down that they are going to bring down the economy in the process,” said John Zecher, the founder of Toronto-based money manager J Zechner & Associates. “That’s the way the market is reading it … They aren’t going to stop until the economy turns down.”

A recession would lead to much less demand for energy, which is why oil sold off. About a fifth of the companies on the TSX are in the energy sector, and they were among the biggest losers Friday. Shares in Suncor, Cenovus, MEG Energy and Crescent Point all lost more than eight per cent on the day.

More and more economic indicators are starting to suggest Canada’s economy either already has derailed or is about to. Employment numbers last week showed the economy has lost jobs for three months in a row, and retail sales data on Friday showed that Canadians are putting away their wallets once more.

Stock markets are responding to that gloom, and some analysts think there is a lot more pain to come.

“The lows that we saw recently in the summer months are going to be challenged in the next couple of days to weeks,” said Larry Berman, chief investment officer with Toronto-based money manager QWealth, in an interview.  “The market [isn’t] priced for what the central banks are going to do.”

The Canadian dollar dipped as low as 73.65 cents US, it’s lowest level in more than two years.

These 2 Canadian women changed their names to honour their roots