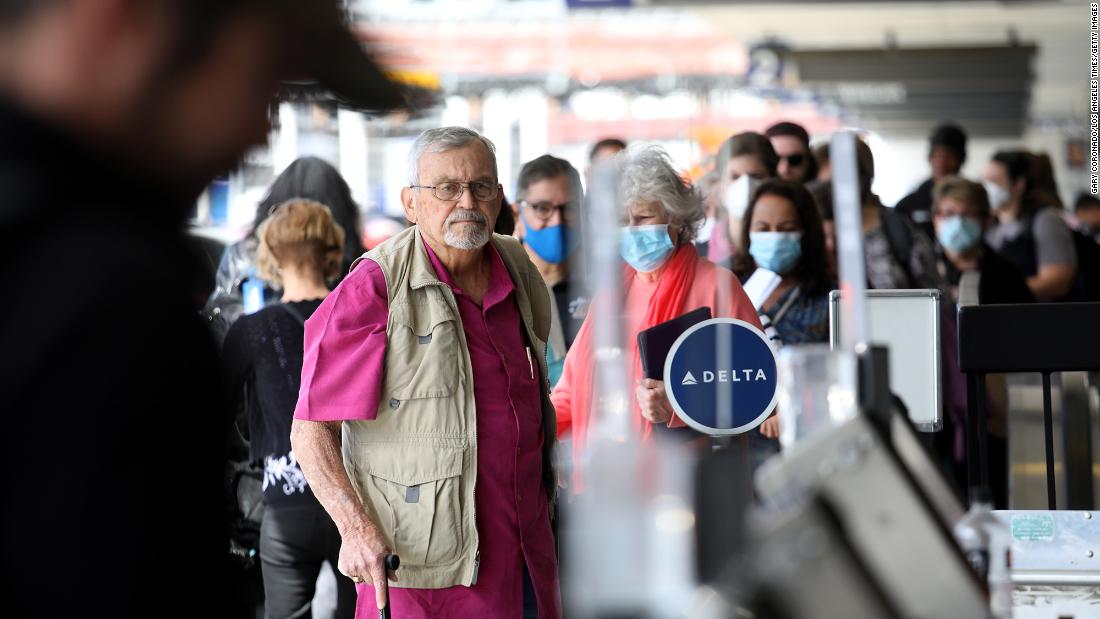 Travel stocks are hot. But it’s not all smooth sailing

That’s the message from companies like Marriott (MAR), Airbnb, Booking Holdings and Trivago (TRVG), which have been telling investors that after a difficult two years, business is booming again.

“Sentiment is getting better and better,” Trivago CEO Axel Hefer told me. “This year will be a lot more normal than last year, from our perspective.”

Adding to that optimism: Marriott said last week that it expects an important metric of revenue to reach pre-pandemic levels in the United States and Canada for the rest of the year.

And Trivago is confident enough in the business climate to start ramping up spending on TV ads again.

Investor insight: Travel stocks haven’t been immune to the recent market tantrum. But Wall Street has been rewarding companies in the industry for strong earnings and rosy outlooks. Marriott’s stock rose almost 5% after it reported results, while Airbnb popped nearly 8%.

Yet despite a newfound optimism, the travel sector isn’t entirely over the hump.

Wounds inflicted by the pandemic still haven’t healed. Airlines and airports are struggling to staff up as they grapple with ongoing shortages of workers, forcing carriers to cancel flights. That could hurt the industry’s ability to take full advantage of a surge in demand this summer.

British Airways now expects to fly just 74% of its 2019 capacity this year as it works to “build operational resilience this summer.” EasyJet just said that it will cap some flights at 150 passengers so it only needs to fly with three cabin crew members.

The highest inflation in decades also carries the risk that some people will cut back spending on non-essentials.

“Inflation is obviously picking up everywhere, in the Western world in particular,” Hefer said. “That means people are overall more cost-conscious.”

He doesn’t expect rising prices to really eat into travel demand until next year, however. And Hefer emphasized that companies like Trivago, a platform that focuses on cost comparisons, could actually benefit from increased thriftiness.

Further ahead: While travel companies gear up for a red-hot summer, it’s harder to paint a picture of the fall and winter seasons given the possibility of a seasonal surge in Covid infections.

“There will be a new variant, that’s a given,” Hefer said. “We’ve seen it now for two years, that the infections are rising when the weather is getting worse.”

Trivago plans to keep its fixed costs down just in case there’s another slump, he continued. But, he added, “there’s only so much you can do.”

One of China’s top leaders has painted a grim picture of the job market in the world’s most populous nation as widespread Covid lockdowns slam the brakes on the economy.

Chinese Premier Li Keqiang — the No. 2 ranking official in China’s ruling Communist Party — called the employment situation “complex and grave” over the weekend, my CNN business colleague Laura He reports.

In a statement on Saturday, Li instructed all levels of government to prioritize measures to boost jobs and maintain stability. That includes incentives that encourage people to start their own businesses and unemployment benefits for laid-off workers.

“Stabilizing employment is critical to people’s livelihood, and is the key support for the economy to run within a reasonable range,” Li said.

Step back: His remarks come at a time when the country’s jobless rate has climbed to the highest rate in almost two years, according to data from the government.

Each year, China needs to add millions of new jobs to keep the economy humming. The government set a target of creating at least 11 million jobs in towns and cities in 2022, and is aiming as high as 13 million.

But that effort has been made harder by a slowdown in growth, which has been exacerbated by Covid lockdowns. China’s exports slumped in April as efforts to contain spread of the Omicron variant interrupted supply chains.

Li, who looks after economic management in China, has made repeated calls to stabilize employment in recent weeks.

Investor insight: China’s yuan has plunged as traders have rushed to assess the impact of restrictions in top cities like Beijing and Shanghai. It’s now at its weakest level against the US dollar in more than a year.

Fans of bitcoin hope that one day the cryptocurrency will serve as “digital gold,” and that investors will stock up on it as a store of value in hard times.

But that promise has yet to deliver. As risky investments like stocks have churned this year, bitcoin has, too. It’s now trading below $33,000, its lowest level since July 2021.

“Bitcoin is now approaching the bottom of the 16-month range,” Marcus Sotiriou, an analyst at the digital asset broker GlobalBlock, told clients on Monday.

Down but not out: Even as the price of cryptocurrencies remains volatile, businesses are taking new steps to accept them as payment, a sign they believe adoption will continue to grow.

Gucci recently announced that it will begin accepting crypto payments in New York, Los Angeles, Miami, Atlanta and Las Vegas, calling itself a “digital-first luxury brand.” High-end handbags in the metaverse, anyone?