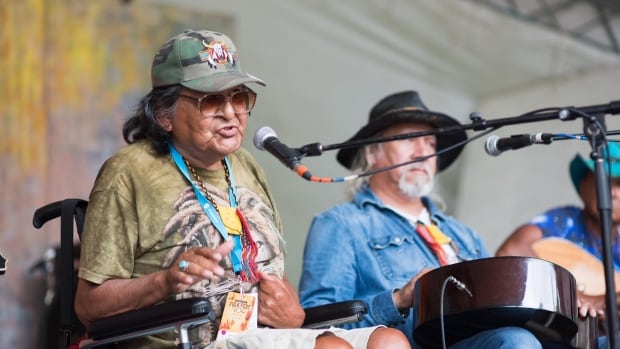 
Longtime folk musician and activist Curtis (Shingoose) Jonnie died Tuesday morning at the age of 74 after testing positive for COVID-19, his daughter says.

Shingoose, who is Ojibway from Roseau River Anishinaabe First Nation, had been living at the Southeast Personal Care Home in Winnipeg for the last decade, Nahanni Shingoose said from her home in Hamilton, Ont.

Her siblings all live in Ontario, and when her father’s health began to deteriorate on Sunday, she said one of the most difficult things was being so far away.

“Normally, we’d be on a plane and there to be by his side when he passed, but because of COVID restrictions we’re trying to stay safe for our own family, too.… It’s hard to be here alone,” she said.

Shingoose rose to popularity in the late 1960s, releasing three albums and recording with the likes of Bruce Cockburn. In 2012, he was inducted into the Manitoba Music Hall of Fame and four years later, he was a part of a Grammy-nominated album Native North America Volume 1.

Nahanni says her father was a residential school and Sixties Scoop survivor, and the resilience he forged out of those experiences translated in his music.

“My dad is a trailblazer. He was singing songs about resistance, colonization and the future of our people and finding that through laughter and music and love,” she said.

WATCH | Shingoose went from being a ‘human jukebox’ to writing about the people’s struggles: 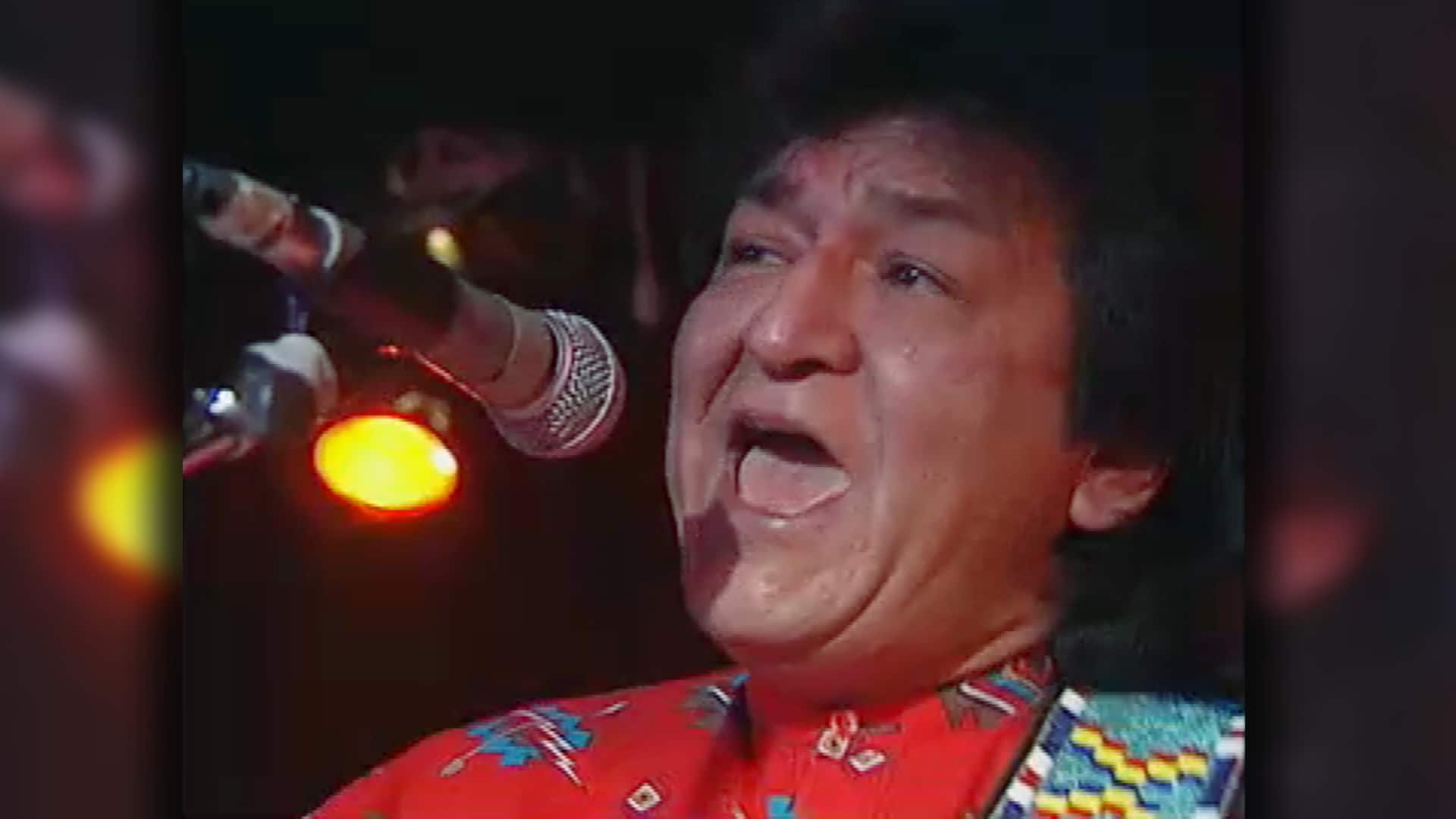 Even though he enjoyed success in his music, Nahanni remembers her father as humble and down-to-earth.

“I remember people would ask him for his autograph and he didn’t even want to give it. He’s like, ‘That’s silly, but sure,'” she said.

Friends in the music business have a great deal of respect for Shingoose.

One of his biggest impacts on the industry was working with Buffy Sainte-Marie and Elaine Bomberry to push for the creation of an Aboriginal music category at the Juno Awards in the 1990s in order to raise the profile of First Nations artists.

“He cast a huge shadow in terms of the scope of what he brought to the Canadian public that I don’t think would have happened without him,” said David McLeod, the general manager of NCI FM and friend of the man he affectionately called Goose.

Shingoose produced the acclaimed TV special Indian Time, which McLeod says was important because it allowed viewers to hear real stories from Indigenous people as opposed to their stories being told by others.

“It was coming right from members of the community. So it was an incredible period that that that Goose was part of,” McLeod said.

“I think that legacy is long-lasting and long-standing, as well.”

Manitoba singer and guitarist Errol Ranville knew Shingoose for many years and will remember him as a man who strove to make the world better than what it was, even after he had a stroke and was wheelchair-bound.

Ranville says a couple of years ago, Shingoose went to a show at the Pyramid Cabaret where Ranville was playing and said a few words on stage.

“He came in his wheelchair. The right side of his body wasn’t working, so he was learning to function all over again,” Ranville said.

“It was a lot of courage. You’ve gotta appreciate the fact that he was still concerned about what was happening in the Aboriginal music scene even though he was stricken in a wheelchair.”

Nahanni says Shingoose is being cremated and a councillor from Roseau River Anishinaabe First Nation sang honour songs for him at the funeral home.