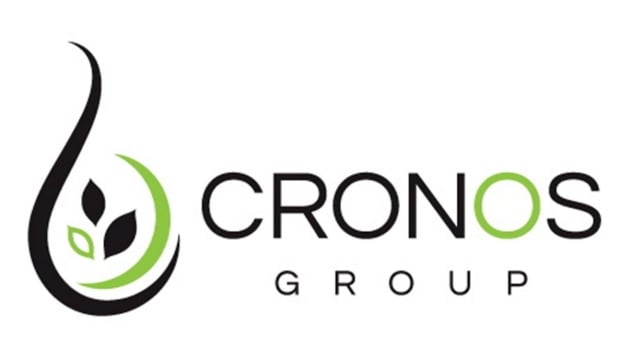 
Cronos Group Inc. and one of its former executives signed settlements Monday with U.S. and Canadian regulators that accused them of filing inaccurate financial statements.

The Toronto cannabis company said the settlements ended a pair of investigations being carried out by the Ontario Securities Commission (OSC) and U.S. Securities and Exchange Commission (SEC) into financial statements Cronos made around the first three quarters of 2019 and the second quarter of 2021.

The first set of settlements came from the Capital Markets Tribunal in Ontario, where Cronos agreed to pay an administrative penalty of $1.3 million, cover costs totalling $40,000 and submit to a review analyzing its compliance around financial reporting.

Former chief financial and chief commercial officer William Hilson agreed to make a voluntary payment of $50,000 to the OSC, pay costs of $20,000 and not serve as a director or officer of any reporting issuer for one year.

“When a public company issues inaccurate financial statements and has inadequate controls, investors are making decisions based on deficient information and the company thereby undermines confidence in Ontario’s capital markets,” said Tim Moseley, who chaired the panel deciding whether to accept the settlement.

“Cronos’ misconduct here is serious and warrants a serious response.”

The Capital Markets Tribunal is an independent division of the OSC that hosts hearings presided over by adjudicators when there have been violations of the Ontario Securities Act or the Commodity Futures Act.

The panel of adjudicators may order financial sanctions and prohibitions on certain capital markets activities — like the ones Hilson and Cronos agreed to — but cannot impose jail terms.

As the tribunal’s hearing was underway, the SEC announced it charged Cronos with “improperly accounting for millions of dollars of revenue and for other accounting misconduct in multiple reporting periods.” Hilson was charged with fraud and aiding and abetting the company’s violations.

Today we charged Cronos Group, a Nasdaq-listed, Toronto-based cannabis company, for improperly accounting for millions in revenue. <br><br>In agreeing to settle, we determined Cronos should not incur a financial penalty given its significant cooperation.<a href=”https://t.co/pwgFSWtht0″>https://t.co/pwgFSWtht0</a>

The SEC said Cronos and Hilson offered to settle the matter by agreeing to “cease and desist from future violations,” but neither the company nor the former executive were made to admit any guilt.

Cronos agreed to retain an independent compliance consultant to review, assess, and make recommendations with respect to the firm’s financial reporting and accounting controls. Hilson agreed to a three-year officer and director ban and a suspension from practising as an accountant for at least three years.

The SEC said the company should not face a financial penalty because of “its timely self-reporting, significant co-operation, and remediation” and Hilson shouldn’t be fined either because he volunteered to pay the OSC.

Cronos and Hilson already made the payments they agreed to Monday at the Ontario tribunal, but the money was held in escrow pending the outcome of the hearing.

“We are pleased to have resolved these matters,” said Mike Gorenstein, Cronos’ chairman, president and chief executive officer, in a statement.

“Important steps have been taken to strengthen our internal controls, and we are committed to continuing this work.”

“As the industry continues to grow, it is imperative that investors receive accurate information about the financial performance of public cannabis companies to support informed investment decisions in this nascent sector,” said Jeff Kehoe, the OSC’s director of enforcement. “The settlements announced today hold Cronos and Mr. Hilson accountable for their failures and serve as another excellent example of the OSC working across international borders to protect Ontario’s capital markets.”

Cronos and Hilson’s settlements stem from allegations the OSC made accusing Cronos of improperly recognizing $7.6 million in revenue in its first-, second- and third-quarter 2019 financial statements.

The regulator also claimed Cronos overstated “virtually all” of its U.S. goodwill and a “significant” portion of its U.S. intangible assets by roughly $234.9 million in its second-quarter 2021 interim financial statements.

The OSC said some of the revenue errors were caused by dry flower transactions accounted for as revenue that “lacked commercial substance” and another transaction that did not meet the criteria for revenue recognition because “it was deemed to be a consignment sale.”

Cronos corrected the errors but reported related “material weaknesses in internal control over financial reporting.” The errors constitute a breach of Ontario’s securities law and are contrary to public interest, the OSC argued.

The OSC placed some of the blame on former chief financial officer and chief commercial officer William Hilson, who it alleged didn’t take appropriate steps to address issues stemming from one transaction the OSC identified as problematic.

Rikin Morzaria, a lawyer for the OSC, said the regulator was willing to reach settlements because Cronos and Hilson co-operated with its two-year investigation and attempted to remediate their errors.

“These remediation measures will work to reduce systemic risk and promote confidence in the capital markets,” Morzaria said. “The substantial penalty sends a strong deterrent message both to Cronos and to other participants carrying on business.”

Melissa MacKewn, a lawyer for Hilson, felt similarly, saying “the agreement speaks for itself.”