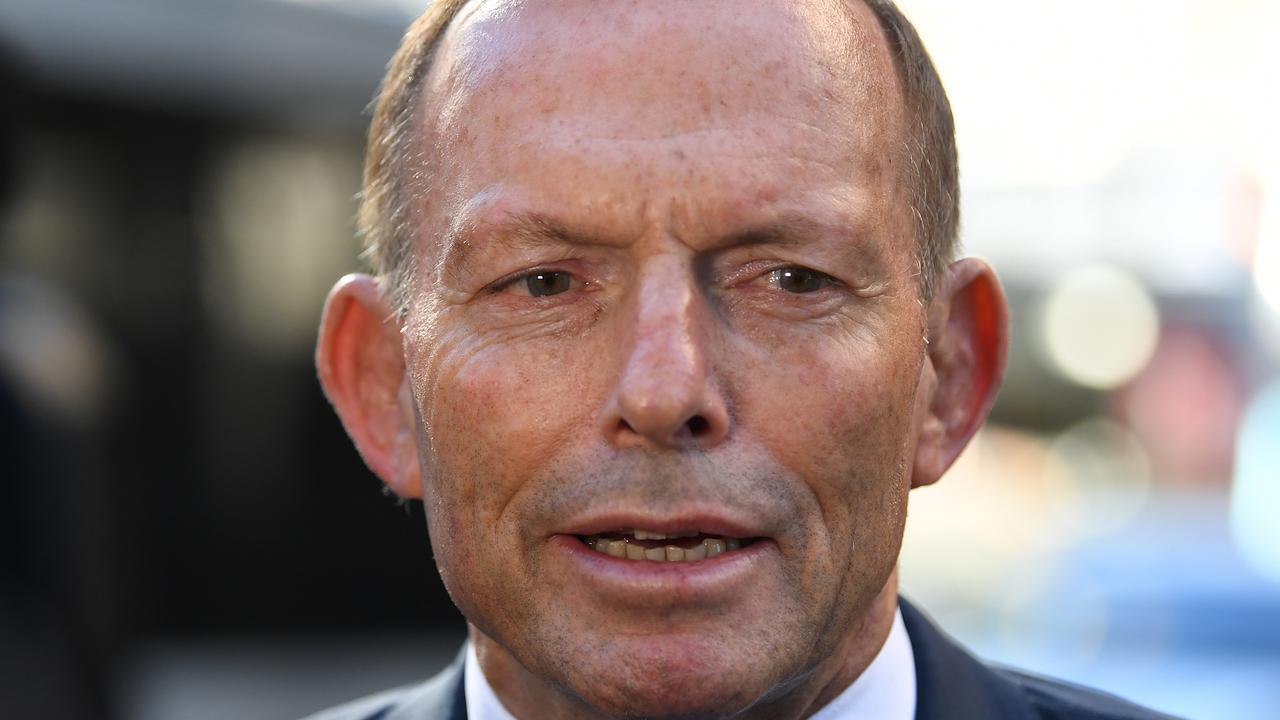 Tony Abbott welcomes call for Taiwan, UK to join TPP, even if it upsets China

Former prime minister Tony Abbott has called for one thing to happen even if it risks upsetting China, also accusing the superpower of bullying.

Former prime minister Tony Abbott says Taiwan should join the Trans Pacific Partnership even if it risks upsetting China, because the superpower should not be allowed anywhere near the group until it gives up its “bullying” tactics.

At the Joint Standing Committee on Foreign Affairs, Defence and Trade’s inquiry into expanding membership of the Comprehensive and Progressive Agreement for Trans-Pacific Partnership (CPTPP) on Thursday, Mr Abbott, in his capacity as a citizen, spoke to his submission.

The committee heard there had been “no greater volume of submissions on any potential member”, than submissions in favour of Taiwan.

Mr Abbott said he was “strongly in favour” of Taiwan entering the CPTPP.

“Now, I’m happy to hear an argument against Taiwan being admitted,” he said.

“The only argument that occurs to me is that it might upset China.

Mr Abbott said any countries that wanted to sign up to the partnership needed to “play by the rules”.

“There’s no way China should be allowed anywhere near the TPP, until the very least it drops its trade boycotts of Australia, which are capricious and arbitrary, to put it at its kindest,” Mr Abbott said.

“China has been using trade to bully Australia, China has weaponised trade. China sees trade as an arm of strategy, and I can understand why, because it gives them leverage over other countries.

“At the moment, I think the last thing we need is further integration of China into the world economic order … For us to even countenance China’s entry into the TPP, while its maintaining the current boycotts of Australian goods would be wrong, and a sign of weakness.”

During his testimony, Mr Abbott reinforced his strong stance that the United Kingdom be admitted as a member in the CPTPP, as per their formal request earlier this year.

He said it would also be a “wonderful thing” if the United States would reconsider joining the partnership, after it famously played a part in establishing the group but did not follow through on signing because of issues at the time with China.

“I certainly think that it is high time to start beginning discussions with the United States about whether it might not be in their national interests, as well as in the interests of our region more generally, for them to reconsider their aloofness from the TPP, which was, after all originally their idea,” Mr Abbott said.

The CPTPP is a free-trade agreement enforced between Australia, Canada, Japan, Mexico, Peru, New Zealand, Singapore and Vietnam. Brunei Darussalam, Chile and Malaysia will enter the CTPP after they complete their respective ratification processes.

Here’s what to expect at Mom’s Spaghetti, Eminem’s new restaurant in Detroit