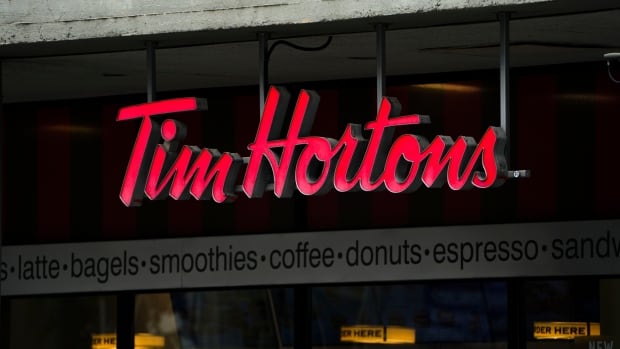 
Tim Hortons is pulling its sponsorship of all of Hockey Canada’s men’s hockey programming for the 2022-23 season, including the men’s world junior championships, in the wake of an ongoing scandal and demands for a change in the body’s leadership.

In a statement, the company — which first suspended its sponsorship in June — said it has “communicated to Hockey Canada on many occasions that the organization needs to take strong and definitive action” in order to regain the faith and trust of Canadians.

“We’re deeply disappointed in the lack of progress that Hockey Canada has made to date,” it said.

The move is the latest reaction to how the hockey organization has responded to accusations it mishandled allegations of gang rapes involving its players.

Two recent allegations involve players from the 2018 and 2003 Canadian junior men’s teams. Those allegations have not been tested in court.

Hockey Canada is on the defensive over allegations that some members of its gold-medal winning World Junior team in 2018 took part in a group sexual assault, and the organization didn’t do enough to hold players accountable. The Fifth Estate examines the national shame inside Canada’s game, and the disturbing history that suggests this was not an isolated incident.

Hockey Canada has confirmed it paid out $8.9 million in settlements to 21 complainants with sexual misconduct claims against its players since 1989.

CBC’s The Fifth Estate identified at least 15 cases of alleged group sexual assault involving junior hockey players that have been investigated by police since 1989 — half of which surfaced in the past decade, through a review of public records.

Following Tim Hortons’s move, Hockey Canada said in a statement that it “continues to have discussions with its corporate partners on the organization’s … steps being taken to foster a safe and positive environment for all participants on and off the ice.”

On Tuesday, interim board chair Andrea Skinner defended Hockey Canada before a parliamentary committee, saying it has an “excellent reputation” and arguing against scapegoating “hockey as a centrepiece for toxic culture.”

Sport Minister Pascale St-Onge has said there should be a change in leadership at the top of the organization.

Skinner told the committee that would not be happening.

Hockey Québec voted Tuesday night to cut ties with Hockey Canada in the wake of the allegations. St-Onge applauded the move.

“It … sends the message to the leaders at the organization that are holding on to their jobs that Hockey Canada doesn’t belong to them,” St-Onge told reporters in Ottawa.

WATCH | Calls for a change in leadership:

The organization’s “voting members need to clean the house,” she said.

Prime Minister Justin Trudeau said Wednesday it “boggles the mind that Hockey Canada is continuing to dig in its heels” as more Canadians lose faith in it.

Hockey Canada has been under fire since May when it was revealed it settled a lawsuit with a woman who alleged she was sexually assaulted by eight players from the 2018 junior men’s hockey team at a June gala event in London that year.

The allegation is the subject of three investigations being conducted by London police, the National Hockey League and Hockey Canada.

Tim Hortons says it will continue to fund Hockey Canada’s women’s and para hockey teams, as well as youth hockey.