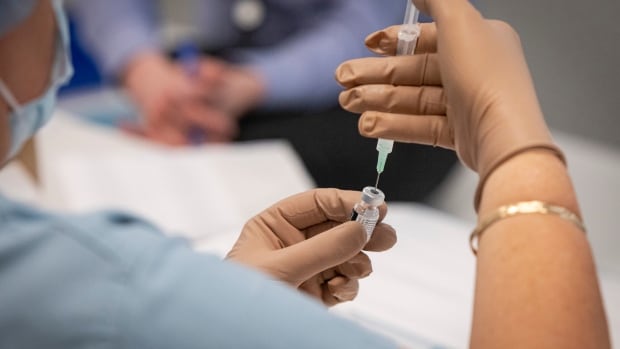 
Using a calculator she helped design, Jasmine Mah estimates it will still be eight months before she receives her two doses of COVID-19 vaccine.

To get that result, she entered some basic data into the tool she built — for example her age, and whether she’s a health-care worker or living in a group setting.

Using information gleaned from Canadian public health authorities about how many doses are set to be delivered and administered in the months to come, the calculator then spits out an estimate.

The government of Canada has outlined who falls into the first two phases of the vaccine rollout, beginning with seniors, health-care workers, Indigenous adults and long-term care residents. The Ontario government website says Stage 3 will begin when “when vaccines are available for everyone who wants to be immunized. The ethical framework, data and available vaccine supply will help to prioritize groups in this phase.”

“It’s still vague, and the provinces are still working things out, but at this point we’re able to give a general idea,” Mah said.

First calculator made for U.K.

Mah, originally from Toronto, works for Omni Calculator — a Polish company that’s created hundreds of calculators able to determine everything from how long it will take to chill a drink in the fridge to your annual plastic footprint.

She worked with fellow Omni developer Steve Wooding, based in the United Kingdom, to create this latest offering.

Wooding had already worked on a U.K. equivalent, which Mah says has been used by seven million people since its launch in December.

He says the calculators are built by counting how many people are in each priority group, and learning everything possible about the government’s plan to administer the vaccine to them.

“We take that ramping up into account,” he told CBC News.

Mah and Wooding say there are many variables that still aren’t entirely in focus, like what percentage of the population will agree to be vaccinated, and whether all of Canada’s pre-ordered vaccines will successfully complete their clinical trials and be delivered.

The goal, they say, is to make their calculator more accurate as time goes on.

“It is just a rough idea,” said Wooding. “We’re just at the start here now.”

“We’re watching the news, we’re trying to keep up with all the information,” added Mah.

She hopes people will find comfort in doing their calculation by at least seeing that an end is in sight — even if it’s still several months away.

“It’s going to be really important for the majority of us who are in the third group to realize that it’s not over yet,” she said.

“We still have to take our safety precautions.”