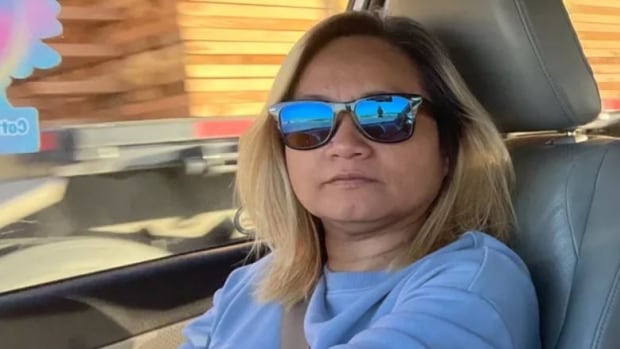 
In the intensive care unit at the Royal Alexandra Hospital in Edmonton, Gary Hansen sits by the bed of his wife, Leosette [Cheng] Canoy, telling her, “We love you. Hang on.”

He can’t hold his wife’s hand because her arms are too badly mauled from a bear attack.

She is sedated and on a ventilator after undergoing more than six hours of surgery for injuries to her arms, head, back, and ear.

“She’s my gift from God. It’s horrific to see my wife like that. The bear chewed her up bad.”

Canoy and her friend, Analyn Shurtliff Bartolome, were critically injured by a male black bear who charged them on a walking trail near Dawson Creek, B.C., on Monday.

Canoy’s niece, Wenneli Canoy, who was on the walk but wasn’t injured, said her aunt was attacked when she rushed to the aid of her friend.

Bartolome’s teenage son was also injured trying to fend off the bear. He and Canoy’s niece were eventually able to reach safety and call 911.

With darkness coming on, police say two RCMP officers in an all-terrain vehicle found the two women lying in the bush with life-threatening injuries.

Staff Sgt. Damon Werrell, detachment commander of the Dawson Creek RCMP, said the officers shot and killed a large bear nearby that appeared to be “guarding the victims.”

Hansen said he’s haunted by the image of his wife and her friend lying in the bush, waiting to be rescued, with the bear “guarding his catch, his next meal.”

Canoy was medevaced to a hospital in Edmonton, almost 600 kilometres away.

Hansen said his wife works with disabled adults and is a devout Christian.

She emigrated to Canada from the Philippines about 15 years ago, and he says, fell in love with the Canadian wilderness.

He said his wife loves hiking and camping, and the couple often goes quadding in the area.

He said the group set out on the walking trail Monday “looking for nice spots to take fall pictures with the autumn leaves.”

In a post on social media, a family friend of Bartolome, the second victim, says she is in ICU in Vancouver and has severe arm injuries.

The post says Bartolome is a wife and mother of two teenage children and works hard to support her family.

Dawson Creek’s close-knit Filipino community and local businesses are rallying to support the women and help bring Canoy’s mother and nephew to her bedside from the Philippines.

“We have a big Filipino community here, and I have some Filipino people working for my company. I just asked them how I could help. They’re really going to need some help,” said Neil Norman of Reg Norman Trucking

Hansen says he’ll be by his wife’s side for the long recovery.

“We live in Canada here, and we hear about bear attacks, but we never think it’s gonna be us, you know? And now here it is with my family, and it’s been a horrible ordeal. I’m overwhelmed.”