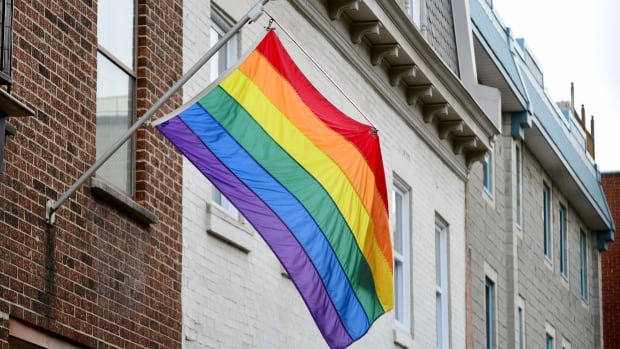 
The outbreak of monkeypox, which has so far mostly affected men who have sex with men, has prompted concerns over the potential stigmatization of the gay community.

But some gay activists are expressing frustration over what they believe is a reluctance by policymakers and public health officials to speak directly to gay men with messaging about the risks of infection and what they see as the need to curb some sexual activity.

“Sometimes you have to deliver a health message that perhaps the targeted audience … is going to be unhappy to hear,” Dan Savage, author of the syndicated sex advice column Savage Love, told CBC News in a phone interview.

“But people are so afraid of the weaponization of social media, accusations of bigotry, homophobia, that they’re letting gay men get an incredibly painful sexually transmissible infection, that they might not have caught if they were warned.”

There are more than 1,000 confirmed cases of monkeypox across Canada, concentrated in Ontario and Quebec. The U.S. has declared monkeypox a public health emergency, with more than 10,000 cases recorded, according to the latest figures released by the CDC.

Anyone can become infected with monkeypox through multiple forms of close contact, including skin-to-skin contact such as touching or sex, respiratory droplets in a conversation, or even being exposed to contaminated clothes or bedding.

But in Canada, the U.S and around the world, the current outbreak has overwhelmingly affected men who have sex with men. Chief Public Health Officer Dr. Theresa Tam has said more than 99 per cent of MPXV cases in Canada are in men and the median age of those infected is 35.

The emergence of the virus, and messaging about risk factors, has raised concerns over stigmatizing members of the gay community for their sexual activity and behaviour, something that became a significant issue in the 1980s and ’90s during the HIV crisis.

The U.S. Centers for Disease Control and Prevention has said messaging about monkeypox should emphasize that anyone can get infected.

But Savage said he believes that kind of messaging means gay and bisexual men may not be motivated to temporarily make some changes to their sex lives, or to get vaccinated.

Savage has been advising his audience through his column and podcast that they should be limiting sexual partners, and avoiding sex parties and anonymous sexual encounters.

He said there’s been too much “hand-wringing” from public health officials about what they could possibly say without sparking ire.

“What’s more homophobic? The assumption that gay men can’t hear the bad news? Or protecting gay men from the bad news and then letting gay men get sick,” said Savage, who is gay.

Benjamin Ryan, an independent journalist and member of the gay community who has been covering infectious diseases and LGBTQ health for two decades, said he believes agencies like the CDC play down the central role sex between men plays in monkeypox transmission.

In an interview with CBC News, Ryan said he believes some health officials seem more concerned with maintaining hyper vigilance in the general public than they do about educating communities who are suffering the most.

“I find that very offensive. My community is suffering right now. Why are [health officials] spending so much energy worrying about what might happen to other people:”

“I think what she said is great. It’s evidence-based, sound advice. And she’s not being judgmental. She’s giving gay men information that’s clear and direct and that they can take into consideration as they make decisions that will impact their health and the health of the people around them,” Ryan said.

There are, however, questions about whether urging changes to sexual behaviour, or advocating for a reduction in sex partners, is effective.

Dr. Carlton Thomas, a San Diego-based doctor and gay activist who has been active on social media urging people to get the monkeypox vaccine, said no one is telling people to stop having sex.

Americans will receive one-fifth of the standard dose of monkeypox vaccine as U.S. health officials look for a way to immunize more at-risk people with a limited supply of doses. CBC’s Natasha Fatah reports.

Thomas, who recently appeared on Savage’s podcast, said he has faced some backlash in the community over that messaging.

“People get really offended and they’re like, ‘whoa, whoa, you’re stepping on toes here. You know, you’re going to create a stigma,'” he said.

“And that is not what we should be doing as public health officials. We should be telling people the honest truth,” Thomas said. “They can take it or leave it. But right now, the vast majority of infections are happening in our community and it’s irresponsible not to warn people in our community.”