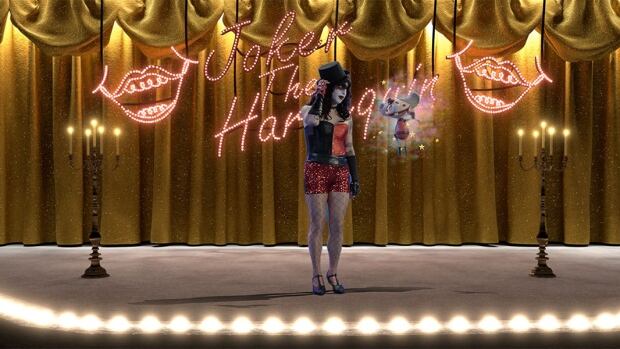 
The People’s Joker, an unauthorized reimagining of Batman’s universe through the eyes of a transgender woman, has been pulled from the Toronto International Film Festival over rights issues after a single screening.

TIFF says on its website that the filmmaker pulled the Gotham City-set independent movie over the concerns, and the customer relations team will get in touch with ticketholders.

Neither representatives for The People’s Joker nor Warner Bros. Discovery, which holds the film rights to the DC Comics universe, immediately responded to a request for comment Wednesday morning.

The People’s Joker is directed by Vera Drew who also stars as an aspiring comedian who moves to Gotham to pursue a career among a community of other characters from the DC Comics universe, including the Riddler and the Penguin.

The film premiered as part of TIFF’s Midnight Madness programming overnight, and by morning, the announcement was posted on the festival’s website.

The film was originally billed as containing scenes from DC movies, including 2019’s Joker, but Drew told the audience at a Q & A after the screening that she edited those scenes out ahead of the premiere.

Instead, the crowdfunded movie included art from more than 100 artists, TIFF said. Several scenes are partially or fully animated.

I have no clue how today goes and my team wants me to say nothing of course so I’ll stay vague…but whatever happens in the next few hours, I want you to know…if you’ve been waiting and aching to watch our movie, ur going to get to soon. Stay tuned and stay with me. Need ur help <a href=”https://t.co/RcFIWYsUFi”>pic.twitter.com/RcFIWYsUFi</a>

On Tuesday, Drew posted a hint to Twitter ahead of the screening that she suspected something may happen.

“I have no clue how today goes and my team wants me to say nothing of course so I’ll stay vague… but whatever happens in the next few hours, I want you to know … if you’ve been waiting and aching to watch our movie, [you’re] going to get to soon,” she tweeted. “Stay tuned and stay with me.”