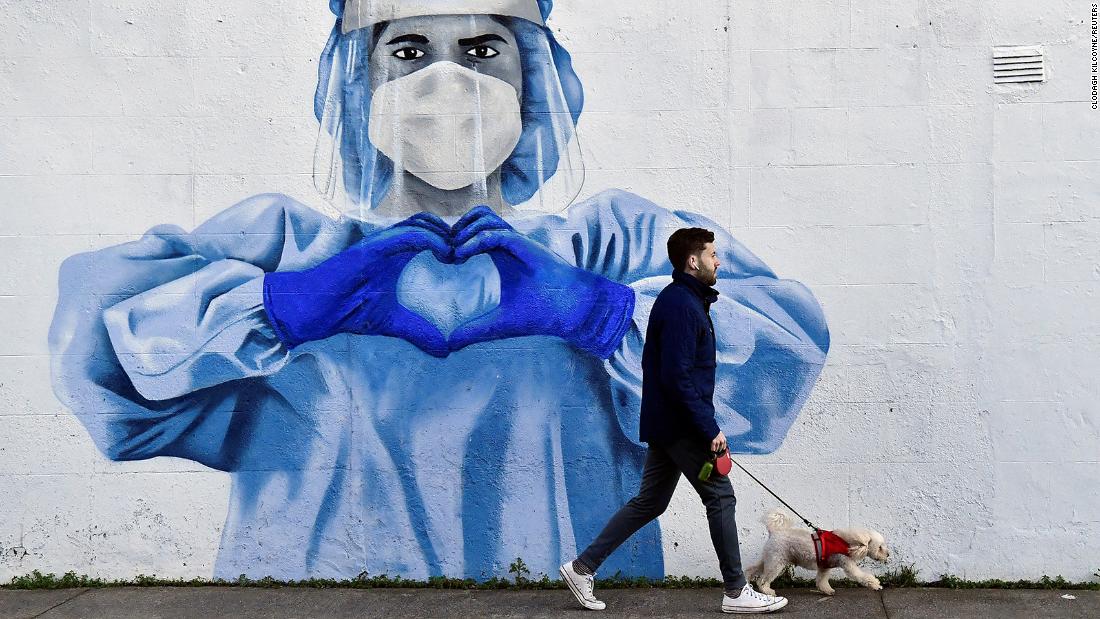 The end of the pandemic is in sight, WHO director-general says, ‘so let’s seize this opportunity’

“Last week, the number of weekly reported deaths from Covid-19 was the lowest since March 2020,” Tedros said. “We have never been in a better position to end the pandemic. We’re not there yet, but the end is in sight.

“A marathon runner does not stop when the finish line comes into view, she runs harder with all the energy she has left,” Tedros said. “So must we. We can see the finish line, we are in a winning position, but now is the worst time to stop running. Now is the time to run harder and make sure we cross the line and reap the rewards of all our hard work.”

There is still a risk of more variants, deaths, disruption and uncertainty, he said, “so let’s seize this opportunity.”

WHO released six policy briefs Wednesday that outline key actions for governments to take to end the pandemic. The briefs are based on the evidence and experience of the past 32 months and offer guidance on how to save lives, protect health systems and avoid social and economic disruption. They are “an urgent call for governments to take a hard look at their policies and strengthen them for Covid-19 and future pathogens with pandemic potential,” Tedros said.

While official case counts have become significantly underreported, trends have shown a steady drop in cases both globally and in the US.

According to latest WHO update, weekly case counts are falling in all regions with an overall drop of 28% compared to a week before. And in the United States, cases have been steadily dropping for the past two months, according to data from Johns Hopkins University.

WHO’s weekly epidemological update reported Wednesday there were just over 11,000 fatalities reported between September 5 and 11, a 22% decrease compared with the week before.

Decreases were reported in five of the WHO regions: 31% in the European Region, 25% in the South-East Asia Region, 22% in the Region of the Americas, 11% in the Western Pacific Region and 10% in the Eastern Mediterranean Region. There was a 10% increase in deaths in the African Region.

The United States reported the highest number of weekly deaths followed by Japan, the Russian Federation, Brazil and the Philippines.

Overall, there have been more than 6.4 million deaths reported globally as of September 11.

About two-thirds of the global population — and about the same in the US, specifically — are vaccinated with at least their initial series. But significant disparities in vaccination rates persist among lower income countries, and vaccination rates are changing little now, especially in the US. Forecasts published by the US Centers for Disease Control and Prevention predict new hospitalizations and deaths will hold steady for the next month.