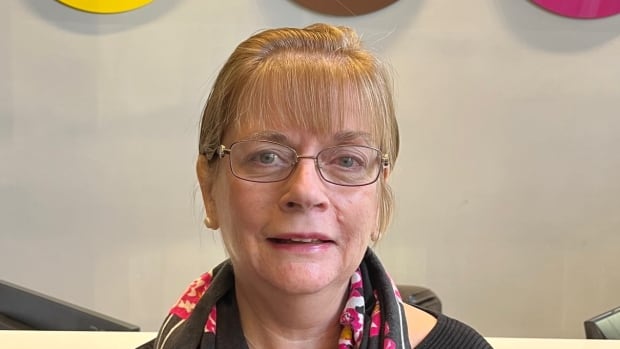 The doctor wrote me off. But miracles happen and now it’s 20 years since my last mental breakdown


This First Person article is the experience of Darleen Murdoch, who lives in Calgary. For more information about CBC’s First Person stories, please see the FAQ.

“She will never work again,” the young psychiatrist with piercing blue eyes told my sister.

I stood there shivering in my flimsy orange hospital shorts and gown. My room at the Queen’s Medical Centre in Honolulu was ice cold and poorly lit. Even though we were in tropical Hawaii, the ward was drab and permeated with the stench of unwashed bodies.

Carol had travelled from Vancouver to escort me home. She glared at the doctor.

“You don’t know my sister!”

I was 25 and, despite Carol’s support, I thought my life was over. And yet, here’s what I’ve learned. Even with debilitating mental illness — and when a doctor writes you off — medical miracles can happen, especially with faith, supportive family, perseverance and the right medication.

The crisis in Hawaii started a few days after I landed. It was 1976. I was deeply depressed due to a painful divorce and even the gently swaying palm trees could not overcome my melancholy.

Lonely and afraid, I experienced a manic episode in which I thought I was the heroine in a Hollywood movie. I ran toward the menacing blue ocean. I slipped on the damp grass and fell dangerously close to a cliff. Bystanders alerted police who escorted me to the hospital.

Inside the ward, my psychotic state continued. I was acting out scenes from Alice in Wonderland. The doctor saw that tiny snapshot of my life and delivered his dire prognosis. Then he released me to Carol and we flew home.

For the next year, I lived with my mother in a state of depression and loneliness. Other doctors also said I’d never work again and I was prescribed lithium. That helped somewhat but many days, I laid in bed and just hid from the darkness that enveloped me. I prayed for my life to end.

What saved me from taking my own life was my faith in God and the feeling that I was still a worthy person. That gave me courage and tenacity. I meditated, and I rode my bike through the beauty of rural Richmond, B.C.

My mother encouraged me to apply for a secretarial job at an engineering firm and I proved to be a good actress. No matter the despair I felt inside, I would dress up, put on makeup and perform my duties.

That work gave me purpose and escape.

I landed a better job as an administrative assistant in the University of British Columbia’s department of social work. When I broke up with a new boyfriend, I had another breakdown. But the dean and faculty stood by me.

It was a pattern that continued for years. I had several more breakdowns, normally triggered by a loss of a loved one, and each time managed to recover to some extent.

The real progress came after I met David.

I remember wishing on a star in my bedroom that I would finally meet my soulmate. I was 38 when I met him at jazzercise class. Dave was kind, gentle and comical, and we fell passionately in love.

Somehow, in our relationship, he helped me see more clearly when I was close to the edge and, in that context, I developed better control of how to calm down. Being secure and feeling his love helped me realize I could be whatever I wanted to be.

In addition, my new father-in-law was a family physician. He was a special person I could confide in and whose medical knowledge helped me find better treatments. Dave’s sister Elizabeth shared her own struggles with depression and loaned me books on mental health and wellbeing.

I was like a tiny, broken bird who they welcomed into their family and nurtured back to health.

With this support, I also flourished at work. In 1999, Dave and I moved to Alberta and I started working at the University of Calgary’s Faculty of Social Work. At the same time, I got new medication. With the benefits from advancements in science, my mind became so clear that I went from constantly worrying about mistakes to being recommended for a work award. At home, Dave ceased to be my caregiver. We became real partners.

In the end, I had a full career. I proved the doctors wrong because I worked 34 years at two universities before retiring at 68. I had 10 bipolar episodes in total, but none within the past 20 years.

In my own way, I have proven to the medical field that “miracles” can happen. Life is full of possibility.

As part of our ongoing partnership with the Calgary Public Library, CBC Calgary is running in-person writing workshops to support community members telling their own stories. This workshop was hosted by Unison at the Kerby Centre. Read more:

To find out more, suggest a topic or volunteer a community organization to help, email CBC producer Elise Stolte or visit cbc.ca/tellingyourstory