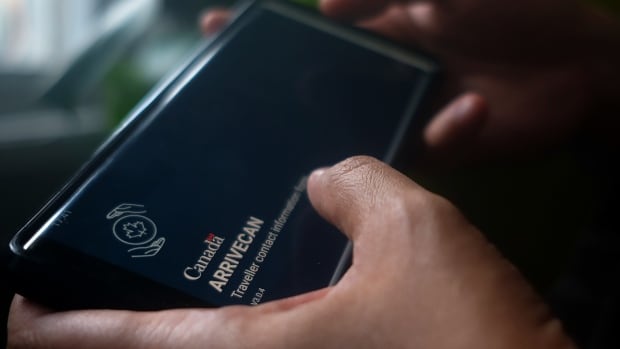 The ArriveCAN app is about to become optional. Will anyone use it?


While some travellers say they’ll be glad when they no longer have to use the ArriveCAN app when entering Canada, others say there might still be some use for the tool.

A senior government source told CBC News earlier this week that Prime Minister Justin Trudeau has signed off on a decision to end pandemic border measures and to make the use of the ArriveCAN app optional rather than mandatory. An official announcement is expected Monday, according to the source.

The official spoke to CBC on condition of anonymity as they were not authorized to speak publicly on the matter.

With the government set to make the app optional, here’s a breakdown of what ArriveCAN was built to do, why it’s so contentious and what possible uses it might have in the future.

What was the app’s original purpose?

The government launched ArriveCAN in April 2020 with the stated purpose of using it as a communication and screening tool to ensure travellers arriving in Canada complied with pandemic border measures.

Travellers would upload their contact information, travel information and a quarantine plan. The app wouldn’t be made mandatory until November 2020.

A new version of ArriveCAN launched in July 2021, when Canada began easing public health restrictions on people coming into Canada. Fully vaccinated Canadians and permanent residents crossing the border were no longer required to quarantine upon their return — but they were required to upload their vaccination documentation in the app.

Those unable to use the application on their phones would have to use the website version. When travellers finished inputting their information, they were emailed receipts to show to Canadian border officers upon arrival.

The app also would tell travellers if they had been tapped for mandatory arrival testing or would be required to quarantine.

How much did it cost?

In response to a House of Commons order paper question, the government said it has spent over $17 million on the ArriveCAN app.

Just over $12 million of that amount was spent to develop the app, while a little under $5 million was spent to maintain and update it.

Why was it contentious?

As travel started to reach pre-pandemic levels this summer, the ArriveCAN app began to face some heavy scrutiny.

In June, some mayors and businesses in communities along the Canada-U.S. border began calling on the federal government to end the ArriveCAN app, saying it was discouraging Americans from visiting and shopping in Canada.

Later in July, the government said a glitch in the app incorrectly told travellers to quarantine when they didn’t have to. That error affected about 10,200 people.

Kristine D’Arbelles, a spokesperson for the Canadian Automobile Association (CAA), a non-profit travel agency, said she has heard from a number of travellers who have complained about using the app.

“Someone might not be comfortable with technology. Some find it a little bit hard to use,” she said, adding that one client’s phone died just as they were approaching customs.

The Conservatives have been using the app to needle the Liberals over travel issues in recent months. Pierre Poilievre promised to scrap the app entirely during his victory speech when he was elected leader of the Conservative Party.

Will people still use it?

In August, the government announced an additional feature of the app that would allow passengers to fill out a Canada Border Services Agency declaration form ahead of their arrival at customs.

Filling out the form in advance could shave 40 seconds off each interaction at a customs booth, said a news release from Transport Canada.

That won’t make a difference for Tom Appleton, who said he won’t be using it again once it’s made optional.

“I don’t understand the benefits … There are other ways of doing it.” Appleton said, adding that he’d rather use his Nexus pass.

David Roughley said he found the app fairly straightforward — but he won’t use it once it’s optional because he wants to reduce his digital footprint.

“I’m sure the government would do everything it can to protect the data [the app collects],” he said. “But … I think it’s up to each one of us to personally take responsibility for information.”

John Schneider said he would happily use the app as a pre-screening tool, adding he’s had no problems with using it in the past.

“The arrive app is a smooth procedure and really and truly, based on our experience, it should be used more because it was very efficient,” he said.

D’Arbelles said the app can be useful but should remain optional, allowing those who are comfortable with using it to do so if they choose.

“For those people who are comfortable and … have found a way to use it, then maybe they can be in a separate [customs] line,” she said.